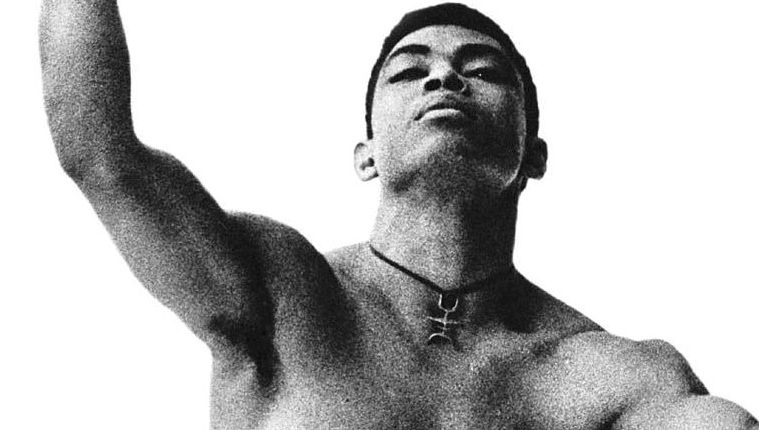 After a 20-year absence, Alvin Ailey American Dance Theater returns to North Texas for three performances on the Winspear Opera House stage, May 3-4.

Artistic Director Robert Battle continues to surprise and delight audiences with premieres and new productions that expand his vision for the company, adding dynamic choreographic voices to the repertory that give Ailey’s extraordinary artists new ways to inspire.

Grace, created for Alvin Ailey American Dance Theater in 1999, returns to the repertory in a rapturous, spiritually-charged new production. Infused with Brown’s signature blend of modern dance and West African idioms, this moving journey acknowledging the grace that surrounds us all is set to Duke Ellington’s classic “Come Sunday,” Roy Davis’ hit “Gabriel,” and the powerful rhythms of Fela Kuti’s Afro-Pop.

“Ronald Brown’s choreography uses African dance in a unique and potent way,” said Battle. “Grace is a brilliant work, and an important part of the Ailey repertory. From the beautiful opening solo set to Duke Ellington’s “Come Sunday,” there are elements that represent both the religious and secular. The strong tension between these two opposites, and how they sometimes reflect one another, remains gripping right to the very end when the dancers exit upstage in white.”

A delightfully eclectic score ranging from Dean Martin to mambo, techno to traditional Israeli music propels choreographer Ohad Naharin’s phenomenally inventive piece, Minus 16, which debuted in 1999. Breaking down the barrier between audience and performer, this work, unlike any other in the Ailey repertory, challenges the dancers to improvise and invites the audience members to the experience by joining the dancers onstage.

Using African-American spirituals, song-sermons, gospel songs and holy blues, Alvin Ailey’s Revelations fervently explores the places of deepest grief and holiest joy in the soul.  More than just a popular dance work, it has become a cultural treasure, beloved by generations of fans. Seeing Revelations for the first time or the hundredth can be a transcendent experience, with audiences cheering, singing along and dancing in their seats from the opening notes of the plaintive “I Been ’Buked” to the rousing “Wade in the Water” and the triumphant finale, “Rocka My Soul in the Bosom of Abraham.”

Ailey said that one of America’s richest treasures was the African-American cultural heritage —“sometimes sorrowful, sometimes jubilant, but always hopeful.” This enduring classic is a tribute to that tradition, born out of the choreographer’s “blood memories” of his childhood in rural Texas and the Baptist Church.

Alvin Ailey American Dance Theater grew from a now-fabled performance in March 1958 at the 92nd Street Y in New York City. Led by Alvin Ailey and a group of young African-American modern dancers, that performance changed forever the perception of American dance. The Ailey company has gone on to perform for an estimated 23 million people at theaters in 48 states and 71 countries on six continents — as well as millions more through television broadcasts. His company gained the nickname “Cultural Ambassador to the World” because of its extensive international touring. Ailey received the Kennedy Center Honors in 1988, just one year before his death.