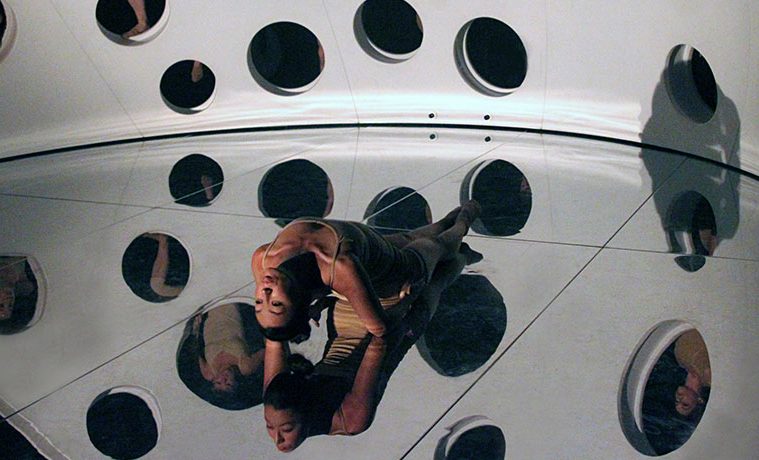 Dancing at the Edge of the World 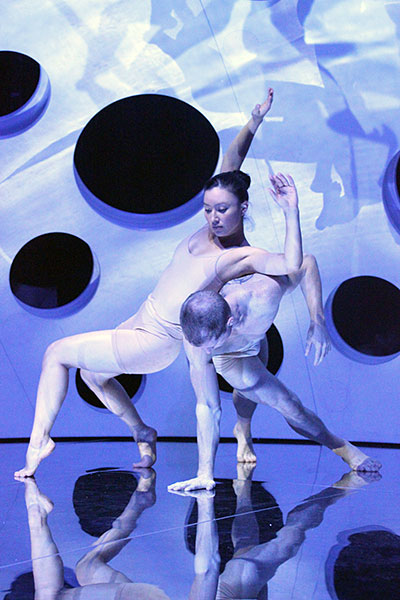 Thrills abound in the work of Diavolo, price a Los Angeles-based company that uses elaborate sets and highly physical movement to reflect the intensity and chaos of contemporary life. The acrobatic group brings its latest piece, treat Fluid Infinities, cialis to Houston’s Society for the Performing Arts on Jan. 9 and to Dallas City Performance Hall, presented by TITAS, on March 27-28.   A + C  writer Manuel Mendoza spoke to artistic director Jacques Heim about his troupe.

Fluid Infinities completes a trilogy. What’s the piece about?

It started with three questions: Where do we come from? Where are we going? And how did everything start? That’s the theme and those are the questions I’m asking myself kind of regularly. I wanted to do a piece that is very surreal, that has a very ritualistic aspect. At the end of the day, our planet is this tiny particle in the universe and we are just hanging at the edge of it.

You like to work with large structures. Where do they come from?

If I had to create a piece on the bare stage, I would not know what to do. I would be lost. In another life, I wish I could be an architect. My inspiration is walking the streets of many cities I travel to, looking at the relation and the interaction of the human body with the architectural environment.

The work always starts with the structure and then I collaborate with architects and sculptors, with designers, and we build it. Then like children on a playground, I tell my dancers, “It’s playtime. Go discover what the structure tells you, what kind of movement you can you perform on and around it.” So the dancers really create the movement. What I’m doing more now is conceptualizing, directing. At times, I call myself an architect of motion, even though I know nothing about architecture.

What’s the inspiration for the moonlike structure in Fluid Infinities?

It started with the first piece in the trilogy, Foreign Bodies, which is basically a cube, and the second, Fearful Symmetries, also has a cube. I needed to go against those hard edges, something that had a curve and sensual lines. I knew right away that would be a sphere or an egg or something that has the metaphor of something infinite, something futuristic or from the beginning of time or out in space. 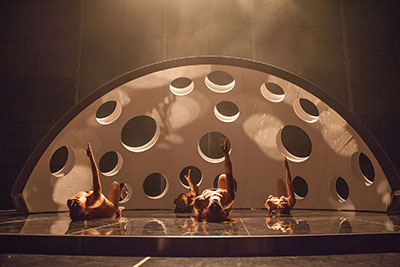 Your work looks dangerous to perform. What’s a typical Diavolo rehearsal like?

We hold three or four auditions a year, because Diavolo is not for everybody. It’s really hard to find the right kind of breed. I try my best to say, “Do not audition. This is the craziest thing you’re going to do.” What we do is not normal. It’s different from circus, which though it’s very dangerous, there’s a language to jumping on a trampoline, like ballet. Diavolo is more experimental. Moving on a dome that’s rotating and is very slippery – well, there’s no technique for that. You have to discover it in the moment.

Are any company members trained in a discipline other than dance?

We have a few with a gymnastic background. Some do rock climbing. But I also need men and women who have a ballet background, who can understand the line of the body, and I need them to be gladiators and be able to roll and run and flip. There’s a theme of heroism in the work of Diavolo. We try to do something out of the ordinary and a little wild. 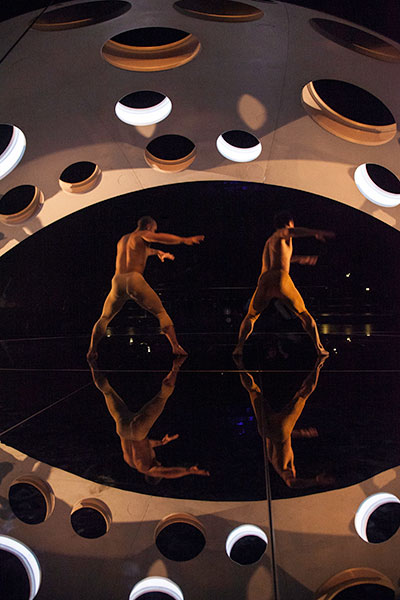 Do you have frequent injuries?

The hospital knows us by our first name. Broken toes, broken fingers, broken ribs, that’s our day to day. What we have regularly is cuts to the forehead or to arms that need stitches.

Do you have backup dancers just in case?

Sometimes on the road, we bring one or two. The dancers know everybody’s role, so they can share, and the rehearsal director can also dance.

Your work seems to be about the danger and anxiety created by new technologies.

When I growing up in the ’60s and ’70s, technology did not dictate. There was a certain freedom because wherever I was, that was my world. I didn’t have to check my phone. It felt simple in a way. It was more about what the humans were doing. Now, technology is driving us. On the one hand, there’s an amazing advantage to it. On the other hand, the human being is getting lost to it. That’s another layer of the work of Diavolo – how fragile and vulnerable we are. The reason there is danger and fear and chaos in our work is not just because of the wow factor but because it is a social comment.