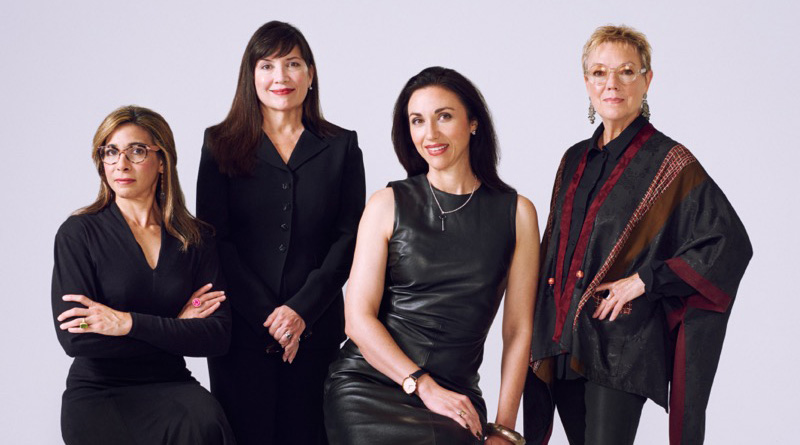 The art scene in Dallas has long been influenced by avant-garde women: From the The Betty McLean Gallery, which opened in 1951 as one of the first modern art galleries in Texas, to Valley House Gallery, founded by Peggy and Donald Vogel, to the visionaries of today who show no signs of slowing down.

She relocated to the Design District.

At the time, the District was home to the trade—design industry buyers, suppliers, and manufacturers—as it had been since the 1950s. When the opportunity to relocate presented itself, she had the foresight and guts to take a risk and reinvent herself just as the district was poised to do the same. Today the area is open to the public, with people frequenting stores and showrooms for high quality items, including artworks. With three exhibitions on view at once, and an impressive roster of approximately 36 recognized artists including Gabriel Dawe and Marcelyn McNeil, Whitenack’s Conduit Gallery counts itself among the leading contemporary art galleries in Dallas, as well as the Design District. “It was a big risk for me to relocate to this area but it’s been a great journey. Many of my artists have been with me since the early days in Deep Ellum—it really is like family.” And as for the area itself she says, “There is more retail now that the area is open to the public, not just closed to the trade, residences have been built, and there is more development on the horizon. And certainly, lots of galleries have moved in. It really can be considered the ‘Gallery District.’”

Whitenack also plays a leading role when it comes to art as advocacy. She says, “It is something I am adamant about,” citing Conduit’s hosting of “Cocktails for a Cause,” a charity event that benefits to Planned Parenthood. She is also very active in Contemporary Art Dealers of Dallas (CADD), established at the turn of the millennia which, among other activities, raises money for recent art school graduates and hosts very popular art bus tours.

Before CADD, the Dallas Art Dealers Association (DADA) was the only organization of its kind in town, with members ranging from traditional art galleries to non-profit organizations. It was formed in the 1970s by Edith Baker and June Mattingly, two of the cities most influential gallerists. DADA is still thriving today but some women, including Whitenack, recognized the need for a singular focus on and support for the issues specific to those galleries dedicated to contemporary art exhibitions.

It was through DADA that Liliana Bloch, whose gallery is also now located in the Design District, developed professional relationships with member institution McKinney Art Center and The Public Trust. But Bloch’s love for art started with a love for reading. At 18 years of age she wanted to study literature or history, but as her home country of El Salvador entered a civil war, her parents urged her to study something “useful” so she could find employment anywhere. She decided to study economics and went on to get an MBA in marketing, drawn to what she considered to be the more creative side of business—decisions that served her well.

When Bloch moved to Dallas approximately 16 years ago, the cultural landscape took her by surprise, and so she took refuge in the art museums. As Bloch’s love for and exposure to art increased, she was invited to become a board member of The McKinney Avenue Contemporary. Later, by what she considers a major stroke of luck, she stepped into the role of interim director of The MAC, a position that allowed her to apply her business experience while nurturing her love of the arts and artists. “Art puts you in context, it gives you references of place and time” says Bloch. “It is our freedom to think, to talk, to expose our minds to all ideas and hopefully make informed decisions fostering critical thinking. Art is an ongoing conversation, not an absolute statement”.

After four years as The MAC director, followed by a year and a half as director of a commercial gallery, Bloch was ready to venture out on her own. In 2013, because of an arrangement with Brian Gibb, she started mounting exhibitions in a little cube nestled inside The Public Trust, then located in Deep Ellum. Today, Liliana Bloch Gallery has an independent address, this time next door to The Public Trust (and the Goss-Michael Foundation), in the Design District on Monitor Street. Bloch says her experiences at The MAC marked her, and helped her develop her affinity for art with a historical context. With works by artists such as Letitia Huckaby and Tim Best, her current gallery program “takes as a given that contemporary art both serves as a catalyst for critical thinking and holds the promise to promote peace, understanding and appreciation for knowledge and excellence.”

Also on Monitor Street is Galleri Urbane, owned by Ree Willaford, a woman full of energy and ingenuity. Originally, she launched the gallery as a series of private dinners and art viewings in her home in Silver City, New Mexico. Ready for a challenge, and with momentum building, she decided to rent a space for a pop-up gallery in Marfa during Chinati Open House weekend. She and her husband bought their own building in 2003. Today, the gallery maintains a presence in Marfa through exhibitions in the Exhibit Lounge in the Thunderbird Hotel.

As more and more art lovers from Dallas were visiting Marfa, Willaford took note because she was considering moving to a larger city for her daughter’s schooling. They took the plunge and relocated to Dallas, opening the gallery there in 2009. Like Whitenack, Willaford’s move was a pioneering one. Opening her business (against the advice of most colleagues and friends) on Monitor Street which was, at the time, a dead-end, dilapidated industrial section of the Design District, was risky. “Everyone told me not to do it, that no one would come to a gallery ‘way out there,’” says Willaford. “But I knew it was a great opportunity and, once I saw the building, I knew it was the right thing to open the gallery there. It was only a three-minute drive from Dragon Street, there was plenty of parking and, the greatest thing was that we had green space. A little oasis in this industrial area.” After a bit of tearing out and building out, the gallery welcomed curious visitors, new and seasoned collectors and, of course, artists. Monitor Street now boasts new residences and, as mentioned previously, additional galleries, and that once dead end feeds into green space and the Trinity hiking trail.

Willaford’s past professional experiences in retail merchandising, commercial art consulting and buying, and even the food industry, equipped her for the juggling act of running a gallery. She has a keen eye for new talent and, frankly, cites a deep love for art as the main reason she opened Galleri Urbane. “I can’t get away from it,” she says affectionately.

Similar to Bloch’s arrangement with The Public Trust, Galleri Urbane was home to Cris Worley Fine Arts, yet another gallery that now calls the Design District home. Worley, an Alabama native, has been in Dallas for approximately 20 years. After several years in Seattle, then studying art history at Southern Methodist University, paired with studies abroad and working in the school’s Pollock gallery, she was offered a director position at Karen Mitchell Frank Gallery—what Worley describes as her big break. From there, she went on to work at Pan American Art Projects for seven years, where she gained experience in art fairs, private collections, and secondary markets.

Worley recalls the early days of her namesake gallery in the building she shared with Galleri Urbane. She and her staff would work not in an office adjacent to a spacious gallery as they do now, but on a bench with their laptops in a 600 sq. ft. exhibition space. After two years there, she is now located on Levee Street, next door to her friend and colleague Holly Johnson Gallery.

Those experiences feed her exhibition program today. “I like to see a dedication to a craft or skill, that is the common thread among my artists,” she says.”Successful execution of a good idea is a rare thing, but it’s what I look for.” Keep an eye out for Future Glow, an exhibition of large scale paintings, the third solo exhibition with Trey Egan, on view Sept. 9 through Oct. 7.

Johnson, on the other hand, is a Dallas native who gained her gallery footing during seven formative years in Chicago, where she studied at the School of the Art Institute and worked at Zolla/Lieberman Gallery. Admittedly, she got tired of being cold and returned to Texas in 1990 where she worked for Adams-Middleton Gallery in Dallas, Barbara Davis Gallery in Houston, and then for Ted Pillsbury at Pillsbury & Peters Fine Art. After 20 years of working for other people, she says, “I knew that I would open my own gallery so I thought I might as well just go ahead and do it.”

She opened her namesake gallery in 2005 on Dragon Street and relocated to her current spot on Levee Street in 2015. This year she celebrates the 12 year anniversary of a program that boasts eight annual exhibitions, primarily solo shows, with a roster of mostly mature artists from throughout the U.S. Plus one artist from Scotland, because “I just couldn’t help myself,” she laughs.

“Exciting things have always been happening in the Design District and the Dallas Contemporary moving over really helped,” says Johnson. “Then it seemed like, all of a sudden, a number of my colleagues just slid over, to the other side of Riverfront Blvd. I was excited to move. And I was able to maintain the type of gallery space that my artists and collectors have come to expect.”

Readers may want to broaden their perspective in order to say ahead of the trends, taking note that female gallerists are leading the art scene on either side of the Trinity River as well. For example, not far from SMU Meadows Museum and Pollock Gallery is respected art world heavy-hitter Talley Dunn, and Erin Cluley is going strong into her third year on the west side’s Fabrication Street. Cluley, former exhibitions director at Dallas Contemporary, found her gallery space as a result of her working relationship with Trinity Groves investor Butch McGregor. Her roster includes local contemporary favorites such as Nic Nicosia and intriguing artists like René Treviño, whom Cluley met during her years in Baltimore. And just south of Trinity Groves is the Bishop Arts District, where trained architect and gallery newcomer Jen Mauldin is making waves.