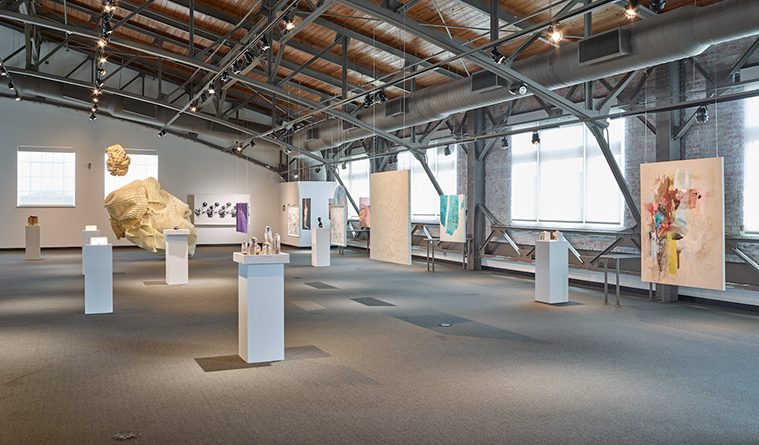 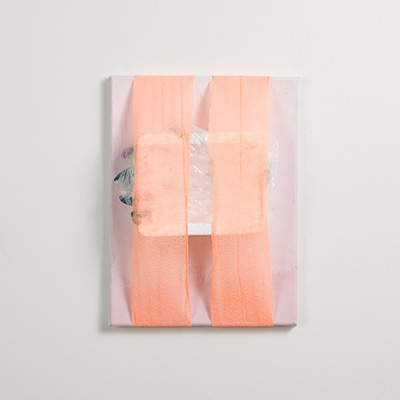 Now in its second year, Vignette Art Fair will introduce the city of Dallas and members of a wide international art market to the work of Texas-based women artists. An alternative Dallas art fair taking place April 10-15, with a VIP preview the night of April 10 and a public opening the night of April 13, Vignette makes use of the massive, industrial space of the formerly Smithsonian-affiliated Women’s Museum.

“Vignette was first conceived as an art fair for female and female identifying artists…formed by the six women who were then the board members of the Texas chapter of the Women’s Caucus for the Arts,” explains Carmen Menza, Vice President of Vignette and participating artist in this year’s Vignette Art Fair. “Following the success of the first Vignette Art Fair in 2017, we felt that we had identified a specific need in our community.” Chesley Williams, Vignette Secretary, speaks on the seamless meshing of the mission of Vignette as a fair and organisation, “Vignette is a satellite fair… founded on exhibiting female artists, our programming emphasizes cohesion in the mission, unlike other fairs who may now, unlike the past…[reapproach] how they can meet community needs.”

Building on the inaugural year’s two panels, “Voices and Vocations,” and general exhibition, Vignette Art Fair is set to include Virtual, a new media-focused exhibit, as well as Venture, showcasing social practice, interactive, performance, and installation art. Menza says of Virtual, “There are so many talented women artists in the region doing great work in new media and we were eager to see their submissions come in. We have this opportunity to provide additional programming that expands who we are as Vignette also, and that is exciting! It’s all about supporting, promoting, and connecting artists in this region and providing them with more visibility.”

Menza’s work for Vignette 2018 will be an immersive experience with an accompanying soundtrack, providing Menza, who received a BFA in jazz performance, a chance to incorporate her visual work with her music. Appreciators of Menza’s work will also be able to experience it at Soluna, in her collaboration with Mattheiu Brooks this May. 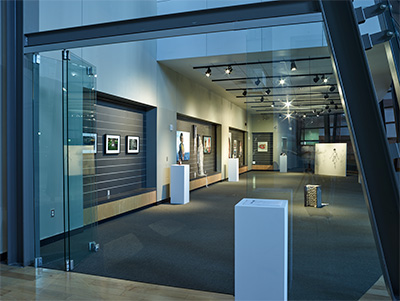 Confident about what the new curators will bring to this year’s programming, Jessica Ingle, Vignette President, remarks “[They] are all extremely talented women. Erin K. Murphy, Manager of Exhibitions and Assistant to the Chief Curator at the San Antonio Museum of Art, will be curating this year’s general exhibition. Dallas-based new media artist and entrepreneur Jessie Moncrief will curate the Virtual exhibition, while Fort Worth-based social-practice artist and curator Dee Lara will curate the Venture section of the fair.”

Varying tastes, backgrounds, and mediums should translate to a diverse and impressively curated show from Lara, Murphy, and Moncrief whose selections include Jin-Ya Huang, a pick of Lara’s, “…who alongside her collaborators… uses rich culinary traditions to create vehicles for storytelling, community, and empowerment. Highlighting the work of this group of women—several from countries on the President’s notorious ‘shithole countries’ list—at a time when cultural attention zeroes in on the region for the Dallas Art Fair, is an important gesture.” There’s also South Korean artist Ha Na Lee. Williams expresses interest when describing the way “she incorporates video and installation where she portrays human experiences with a poetic narrative.” Murphy names Anna Guillory among the artists whose work she is excited for Vignette attendees to see. Although it’s the content of the work, including a painting of a not at all revolutionary but somehow continuously shocking subject of art—the vagina—of which the curator says, ”It’s potentially confrontational. I don’t want that kind of thing to be shameful.”

Similarly, Moncrief describes more of an excitement over “being able to observe how people interact with new media” than over the work of any particular artist being seen. “Seeing [it] is exciting for me as a new media artist,” says Moncrief, thinking grievously about the part of the art market that approaches this kind of work with the thought “this isn’t something I can put over my couch.”

Considering the literary definition, the characters and scene given a voice through Vignette Art Fair are those that make up that underrecognized community of female artists, those relegated to the background like in artistic vignettes. This truth answers the unsolicited criticism—criticism Vignette curators candidly express receiving over casual conversation after touring the Women’s Museum—that accuses Vignette curators and artists of self-marginalizing as a result of their involvement in an all women’s art fair.

“I see so many ways for the event and organization to flourish as a creative expression in and of itself,” says Lara. “That, in turn, is reflective of how diverse, vibrant, and interesting women’s art in Texas is.”