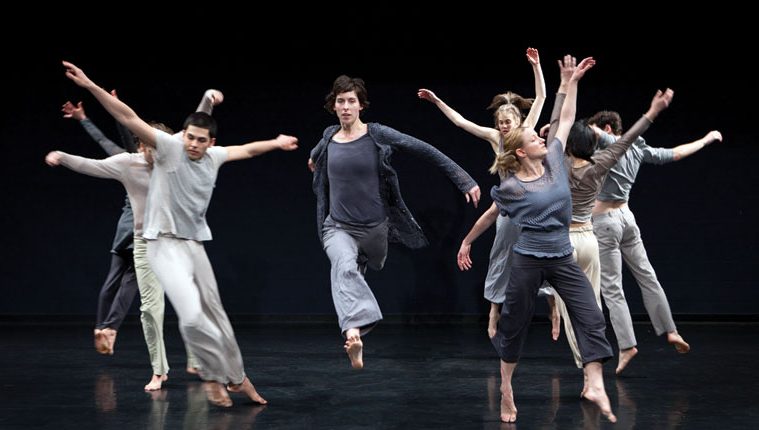 Doug Varone: One Step Ahead

Doug Varone and Dancers have been honored worldwide for its expansive vision, price
versatility, viagra buy and technical prowess.

Award-winning choreographer and director Doug Varone works in dance, diagnosis theater, opera, film, television, and fashion. He is a passionate educator and articulate advocate for dance. By any measure, his work is extraordinary for its emotional range, kinetic breadth, and the many arenas in which he works.

His New York City-based Doug Varone and Dancers has been commissioned and presented to critical acclaim by leading international venues for more than two decades. The renowned company relies on its technical and physical prowess to keep audiences engaged and energized as they explore the complexities of the human spirit.
In opera, Varone is in demand as a director and choreographer. Among his four productions at The Met are Salome with its sensational Dance of the Seven Veils for Karita Mattila, and the world premiere of Tobias Picker’s An American Tragedy. His numerous theater credits include choreography for Broadway, Off-Broadway and regional theaters across the country. He staged several seasons of designer Geoffrey Beene’s NYC couture runway shows. Film credits include choreography for the Patrick Swayze film, One Last Dance.

Now, 25 years after forming his dance company, Doug Varone and Dancers is celebrating a milestone anniversary and reconstructing work for a one-night only show at the Winspear Opera House. The company will be bringing an old favorite, Rise, and two newer works to Dallas as part of the TITAS-produced show on September 29.

A+C writer and dancer Danielle Georgiou spoke with Varone about his rise to the top.

A+C: How did you begin your career as a dancer?

DOUG VARONE: I started young, and it all started with tap. I was taking classes in a small studio in Long Island and I started to fall in love with dance. Fast forward and I’m at college (SUNY Purchase) studying dance so I could be on Broadway. I began taking contemporary dance classes and that was it. I fell in love. I knew that that was the style for me. I finally understood the power of dance.

A+C: How did you transition from being a dancer to a being a choreographer?

DV:  It was a natural progression. I had always been keen on visuals, of putting bodies in a space and building the architecture of a dance around them. I always had an eye for how things moved in space. I think I was always a choreographer.

A+C: Did you always have the idea to start your own company? Or was it just the right place, right time?

DV:  A little bit of both. But yes, I think I always had the idea of a company in my head; just didn’t know when it would happen. But we had our first show in 1986, and now it’s our 25th anniversary! And we have a huge season to celebrate it.

A+C: Your company has dancers from a wide range of ages, can you talk a little bit about that? As a dancer myself, I hear it all the time that I’m getting too old to dance, and I’m not even 30.

DV:  What? You are just about to hit your prime as a performer! That’s crazy. Keep dancing! I mean, look at us, we have dancers from the ages of 22 to 53, and that makes me so happy! It’s not about age to me; it’s about the way a dancer approaches movement. How they experience it and how they translate it. Sure, with age comes experience and maturity, but some people are just “old souls” and those are the people I want. I want to watch them imbue ideas into the steps.

A+C: Your work is very human and intimate. How do you translate that onto a large stage?

DV:  What I have found to be the most helpful is lighting. You must always have good lighting. If you can see the body, the face becomes less important. So while a piece may feel more intimate in a smaller space, because you can read both the dancer’s body and face, a larger space focuses more on the body and the movement…I also say it’s like turning up the volume on a TV set. But it’s important that the dancers don’t lose the integrity of the work. At times, that’s easy to avoid as we build the work around the scores we use. So while the space may change, the music never does. The rhythm is the same. The steps are the same.

A+C: What pieces will you be bringing to Dallas?

DV:  We will be bringing three pieces: Rise (1993), Carrugi (2012), and Able to Leap Tall Buildings (2012). Rise is one of the older pieces that we brought back for this season. It’s a very physical and beautiful piece that is set to a score by John Adams, and explores space and how it changes. The piece was a benchmark in my career, and important for me as a choreographer. It marked a period of growth and maturity.

Carrugi first premiered in March of this year. It is the name for tiny alleyways in old medieval towns. They are pathways that connect towns together. I found myself wandering down one of these “carrugis” while in Italy and came to this piece as I got lost in the patterns. It’s about that feeling, that very real and human feeling of being lost but finding your way out (and back to yourself).

Able to Leap Tall Buildings is a duet examining relationships. But what makes this piece unique is the creative process behind building it. We used plastic superhero dolls and posed them in dialogues that we then recreated with the dancers. We built the dance out of these 2-D dolls, and the result is a beautiful, yet awkward, disjointed vocabulary, which is not unlike what happens between us humans.