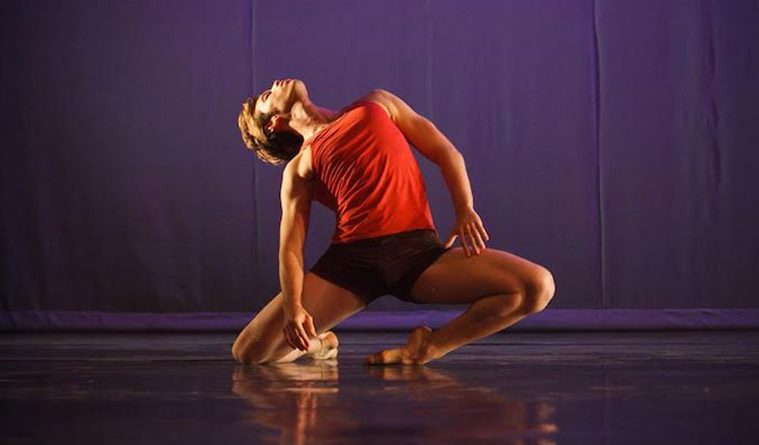 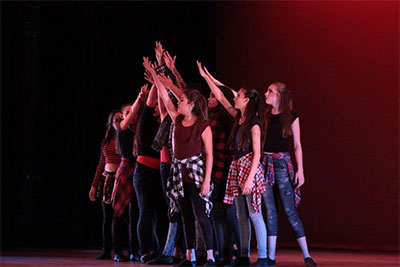 Frustrated by the awkward process of giving and receiving critical artistic feedback, dance/theater legend and MacArthur Fellow Liz Lerman developed her own system in the early 1990s, her Critical Response Process — an approach based on the principle that the best possible outcome from a response session is for the maker to want to get back to work.

This is the very goal of San Antonio’s W-I-P/Works in Progress, created in 1995 to facilitate the development of new works by movement-based artists. W-I-P, explains Program Director Amber Ortega-Perez, is a program that provides a framework for a constructive dialogue between the dancer, choreographer and audience.

W-I-P’s 2017 season begins this month and continues through April with a monthly lab at the intimate Jump-Start Theatre, at each of which three artists show their works-in-progress (lab dates are Jan. 25, Feb. 22, March 29 and April 19). The season culminates on May 31 with W-I-P Crème, a concert held at Palo Alto College’s Black Box Theater that will showcase eight of the most complete works, with a dessert reception afterwards.

This year’s artists include everything from the more typical dance genres of modern, classical ballet and street dance, to those who do classical Indian dance, contortion, belly dance, Aztec dance/hip-hop fusion and scented movement, which uses scent as a primary takeoff point. 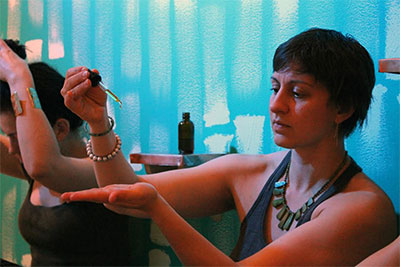 W-I-P was born in 1995 when a few dancers with theater troupe Jump-Start Performance Company peeled off and founded nonprofit San Antonio Dance Umbrella. Today, W-I-P is the only dance performance lab in South Texas, and the only lab that grants an honorarium to its artists.

S.T. Shimi, who first got involved as a coordinator from the Jump-Start end and is now the education specialist for W-I-P, highlights the uniqueness of the program:

“There’s just not been a lot of opportunity for movement based artists to, (A) show their original work in general, and (B) receive feedback in a self-directed and constructive manner,” says Shimi. “Many original works have been birthed out of a modest appearance at W-I-P. We also pay artists a modest stipend for their participation, which is often more than artists get just to purely perform anywhere else.”

“It’s important to us to show respect for the work that artists put into the creation process. The opportunity to connect with an audience in terms of discussing work (as opposed to ‘educating’ or selling) is also rare, frankly. There really isn’t anything else quite like W-I-P regionally and even nationally.”

Because W-I-P has seen growing interest in the last five years, it recently became its own 501(c)(3) so that it can seek out independent funding. W-I-P now gets artist applications from all over the state, country, and even the world.

In the spirit of equal opportunity, artists are accepted to W-I-P on a first-come-first-serve basis, with the application period running from August through September each year; there is no discrimination based on experience or style. 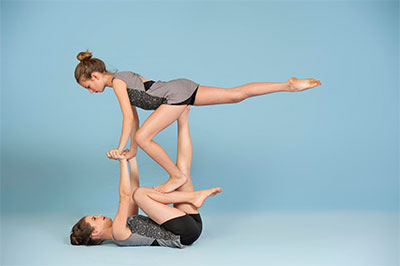 “This means amateurs have the same opportunity as seasoned international choreographers,” says Ortega-Perez. “It’s eclectic and equal. W-I-P is intended primarily for dancers, but over the years we’ve had other artists get involved—beat poets, musicians, filmmakers crossing the boundary between media and live movement. The only real criterion is that it has to have some movement base to it.”

Once accepted, the 12 artists are spread over four dates to show their work and undergo Lerman’s four-step Critical Response Process.

“The first step is the affirmation step,” says Ortega-Perez. “The moderator asks the audience to remember the things that stood out to them and share them with the artist. This helps to put the artist in a comfortable place.”

“If there is time, and if the artist is open to it, the fourth step is for the audience to offer suggestions to the artist, but only if the artist wants to hear it,” says Ortega-Perez.

Ortega-Perez reflected on the success past artists have seen from using W-I-P as an artistic review process. San Antonio actress Anna De Luna created a one-woman show centered on AIDS/HIV awareness that garnered a huge response from the audience; she ended up getting funding for the final work and took it on tour.

ARTheism, a San Marcos-based troupe that blurs the lines between live performance and projected animation, developed a work on dying that also led to a fruitful conversation with the audience.

“They ended up using most everything the audience suggested,” reports Ortega-Perez. “They had a closer idea of how to get to where they wanted to be.”

And then there’s the returning groups, of which there are two this year, both from San Antonio: the youth contemporary dance company Alamotion Dance, directed by Alicia Perez; and contemporary choreographer Chrissy Ketchum, who will bring students from Ballet Arts School to the stage.

Said Shimi, “After years of doing this work, I am most gratified now to see adult choreographers return to our stage as their own lead artists, when I remember them as ‘baby dancers,’ performing year after year in their teachers’ works and troupes. It shows me that we have the opportunity to grow stunning talent in this city if we present people with the stage and the toolkit to do so.”