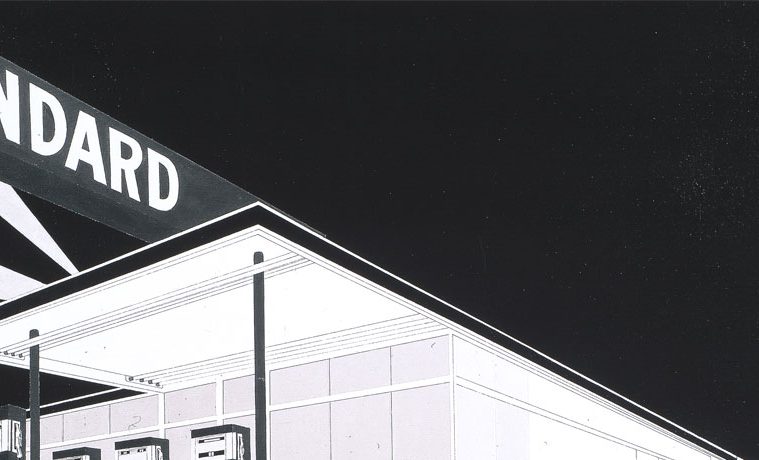 Ed Ruscha’s Archives Get “The Home to End All Homes”

IMAGE ABOVE:   Detail from a promotional poster for A Film to be Determined by Ed Ruscha. Image courtesy of the Harry Ransom Center. 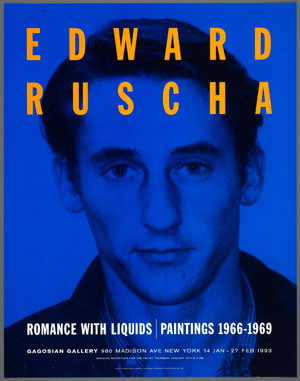 Promotional poster for the exhibition Romance with Liquids: Paintings, 1966–1969 at the Gagosian Gallery in 1993.
Image courtesy of the Harry Ransom Center.

The Harry Ransom Center at the University of Texas at Austin has announced a major coup: It’s acquired the archive of renowned artist Edward Ruscha, which “comprises five personal journals filled with preliminary sketches and notes; materials related to the making of his artist’s book of Jack Kerouac’s On The Road (2010); notes, photographs, correspondence and contact sheets relating to the creation and publication of his many other artist’s books, including Twentysix Gasoline Stations (1962), Every Building on the Sunset Strip (1966) and Some Los Angeles Apartments (1965); and materials relating to his short films Miracle (1975) and Premium (1971); his portfolios; and several art commissions.”

In a statement released by the center, Ruscha recalled visiting and seeing an original Gutenberg Bible; the world’s earliest photo by Joseph Niepces, taken around 1826; letters by Beat-era writers; and the Magnum Photos archive.

“I now see that the Ransom Center is the home to end all homes,” he said.” 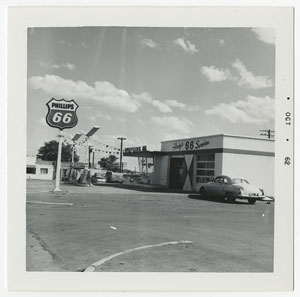 The archive material will be available in the center’s reading room to students, researchers and the public once it’s been processed and catalogued. In the meantime, a small selection of materials from the archive is on view through Dec. 1 in the lobby.