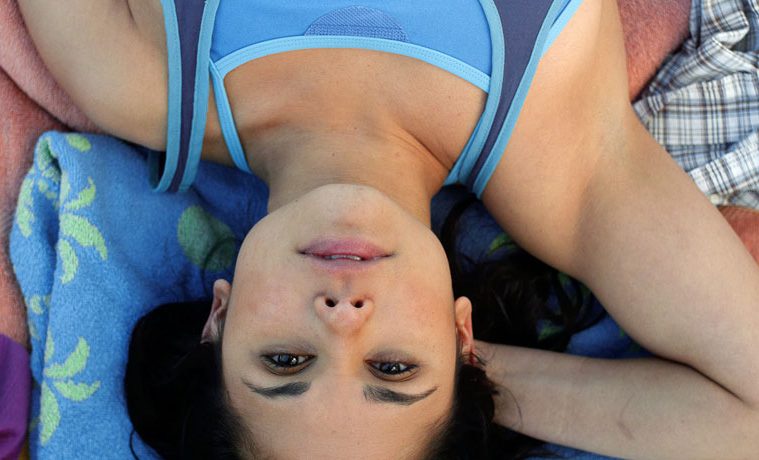 Marking the 10th anniversary of the Linda Pace Foundation, viagra 40mg Eight, Eighteen presents something old and something new. Eight, a video-loop by Austin-based art collaborators and life partners Teresa Hubbard and Alexander Birchler, was first shown at Artpace in 2002. Curated by then-Artpace director Kathryn Kanyo, Eight dwells on an eight-year-old girl’s solitary wanderings through a rainy night after her birthday party by presenting a dreamy, circular sequence that blurs beginnings and ends. Interior shots of the girl staring out a darkened window are followed (or preceded — it’s impossible to tell) by slow pans of her searching outdoors through the drenched remains of birthday cake and party snacks. One senses a momentous shift taking place, but finding the story is up to the viewer.

Now on view through March 29 at the Foundation’s exhibition space at Linda Pace’s Camp Street apartment, Eight is accompanied by the world premiere of its decade-later sequel, Eighteen.

Featuring the same actress (Anna Reyes, now a professional dancer in Boston), both video-loops are birthday stories filled with self-pondering. Butthe dream-like quality that Eight effects by looping a short three and a half minutes of footage (try to watch it only once — good luck) is accomplished in Eighteen with the aid of more elaborate techniques.

Running 18-and-a-half minutes with a cast of seven principals, and walk-ons by 11 more characters, Eighteen encompasses numerous scenes placed in divergent locales that at times overlap. The central scene, revisited several times in subtle permutations, takes place in a room during the waning moments of a birthday party, where a group of friends quietly drink wine while listening to strains of Erik Satie’s Gymnopédies played by one of their number (David Marsden) on guitar.

Another scene in Eighteen features daytime crowds at a public swimming pool. With a nod to magical realism–or perhaps dreams of desire–a complimentary night scene is located in a drained pool. Another young man (Will Martin) shows off briefly on a skateboard as Reyes’ character watches from the diving board. She then takes over in a display of dance improv that is casually playful, yet accomplished.

The diving board reappears in a variant of the party scene, the protagonist perched on high watching the guitar player below intently. Also repeated, though given conventions of film to less startling effect, are the three Gymnopédies, pieces Satie described as “furniture music,” meant to be heard in the background rather than dominate a stage. Written in 1888, they are hallmarks of the avant-garde that antedate modern cinema and music’s now ubiquitous presence. That Hubbard/Birchler use the Gymnopédies as soundtrack, yet place their player as a focal point in the video, is one of many pairings and inversions that inhabit both pieces.

Film conventions, and more broadly speaking, the habits of narration, are at the heart of Hubbard/Birchler’s explorations. As still photographs were historically modeled on Western painting traditions, film — by its nature of being a linear event with a beginning, middle, and end — has followed storytelling compulsion to find resolution. Happy or sad, the viewer is accustomed to finding an explanation of the twisting plot at the story’s ending.

Hubbard/Birchler’s use of the video-loop erases closure in the film, but their highly-crafted use of cinema techniques such as panning the camera and modulating shifts in focus from architectural details to actors — culled from masters like Hitchcock and Mamet — drive the viewer to search for meaning in visual patterns instead of listening for an author’s voice.

Eight, Eighteen
Linda Pace Foundation
Through March 29 (by appointment only)