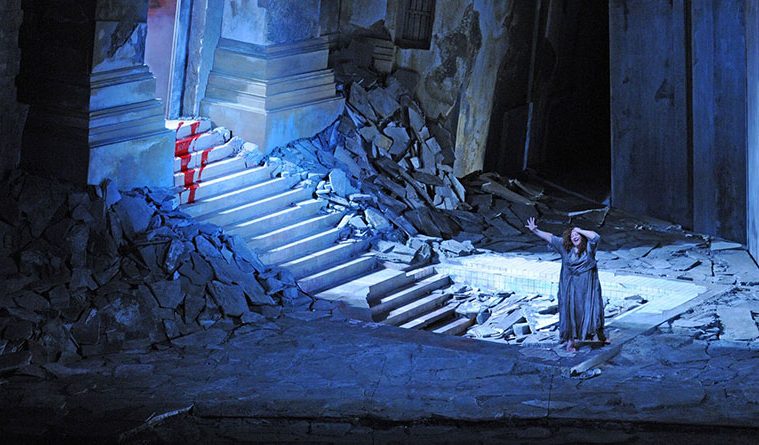 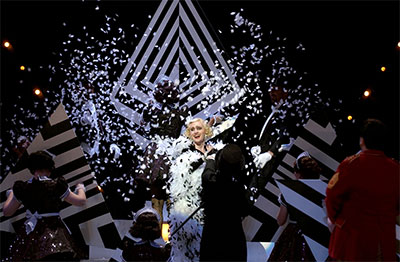 They rank among opera’s most electrifying heroines, yet Houston hasn’t felt their wallop for more than 25 years. Vincenzo Bellini’s Norma, a Druid priestess, sacrifices herself on a pyre to atone for her secret marriage to a Roman. Richard Strauss’ Elektra descends into madness as despair and rage over her father’s slaying consume her.

Hardly any sopranos command the magnetism, stamina and lightning-bolt impact both roles cry out for, so the operas centering on them rarely turn up on stage anywhere. But Houston Grand Opera’s artistic director, Patrick Summers, has two singers he’s convinced can deliver the goods. So HGO’s 2017-18 season will bring the cataclysms of Bellini’s Norma and Strauss’ Elektra back to the Wortham Theater Center. The rest of the season will range from Handel’s Julius Caesar and Verdi’s La Traviata to Leonard Bernstein’s West Side Story and a new work by Ricky Ian Gordon, The House Without a Christmas Tree.

Norma, opening in April 2018, will feature Liudmyla Monastyrska, who Summers thinks was “spectacularly impressive” in HGO’s 2014 production of Verdi’s Aida—another opera with larger-than-life music. Elektra, opening in January 2018, will bring back Christine Goerke, whose majestic voice has made her Brünnhilde one of the linchpins of HGO’s staging of Richard Wagner’s The Ring of the Nibelung. Since the company helped lead her into Wagner with its 2009 production of Lohengrin, Summer says, Goerke has become “the go-to Wagnerian singer all over the world.” 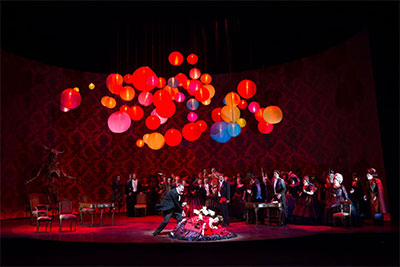 This spring, when Goerke’s Brünnhilde lights a fire that consumes the world at the end of The Twilight of the Gods, the spectacle will wrap up four HGO seasons that have revolved around Wagner’s saga of gods and gold. “The Ring, because of the pinnacle that it is, dominates every facet of a company,” Summers says. “It dominates the season. It dominates fundraising. It dominates audience participation and the demands on the performers… But the experience of performing the Ring gains the company an artistic capital that you don’t have without it. It’s what makes programming something like Elektra possible.”

Welcome to the post-Ring HGO. Having the massive production behind it will enable HGO to treat new works to more resources, including exposure in Wortham’s Brown Theater. After putting several years of premieres in the smaller Cullen Theater because the Ring demanded so much time on the main stage, HGO will start a series of larger-scale Brown Theater premieres in 2018-19, Summers says. But first comes a premiere that he says is “very, very dear to me”: Gordon’s A House Without a Christmas Tree, which opens in the Cullen on Nov. 30.

The opera, based on a television movie and book of the same name, centers on a family traumatized by a loved one’s death. The heartbroken paterfamilias has banished Christmas trees. But his young daughter, Addie, yearns for one, and she finally wins him over. Summers has treasured the book ever since he was a boy in Indiana.

“I really identified with the character Addie, because she was a bit of an outsider, as I was in my little town,” Summers says. “All families deal with loss, and the holiday period can be difficult. This story transcends that sadness and breaks that cycle of sadness. It’s a very moving, redemptive story.” 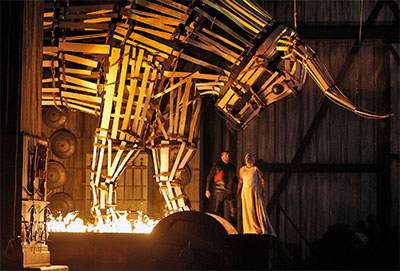 Summers and the creative team workshopped the new opera in December, he says, and the results showed that the story moved Gordon, too. “The composer has to be the leading dramatist for the project,” Summers says. “When they believe in it so deeply and are so connected to it, that’s when you get a really beautiful opera. And (Gordon) has certainly written a beautiful opera. It’s touching, funny and very uplifting.”

Julius Caesar will be the company’s first Baroque opera since Handel’s Xerxes seven years ago. HGO will reprise a production, directed by James Robinson, that transplants the tale of Caesar and Cleopatra to 1930s Hollywood. In the title role: countertenor Anthony Roth Costanzo, whom Summers describes as “one of the greatest singers I’ve encountered in my entire life.”

“He’s got an utterly distinctive voice,” Summers says. “I’ve never heard anybody sound like that—have such a radiant, even sound as a countertenor—and be such a compelling actor. His musical and dramatic imagination is up there with the greatest artists I’ve heard. … He’s got the entire palette of colors at his disposal. That’s what these operas long for and need.”

Verdi’s La Traviata, which opens the season Oct. 20, will bring back HGO Studio alumna Albina Shagimuratova, who portrayed the doomed Violetta here in 2012. This time, HGO will surround her with a production by Arin Arbus, who staged Benjamin Britten’s The Rape of Lucretia for the company that same year. Rossini’s The Barber of Seville, opening in January 2018, will bring the HGO debut of Lucas Meacham, a young baritone who’s acclaimed as the quick-witted Figaro. On the podium, conductor Julian Wachner—a power in the church-music world as music director at New York’s Trinity Wall Street—will bring Rossini’s score the musical finesse it demands, Summers says.

HGO premiered Leonard Bernstein’s A Quiet Place in 1983, and it will mark his centennial with a new production of West Side Story. U.S. opera companies have traditionally bypassed the landmark Broadway show, Summer says, but “we will be able to bring a musical, vocal, and orchestral integrity that I think would be very challenging for a theater company.” The staging, by director Francesca Zambello, will premiere in April 2018.

Summers sees a special link between Bernstein and HGO. “I think Bernstein’s aesthetic and passions are written into the DNA of this company,” Summers says, “because of the amount of new work we’ve done. And the commitment this company has to education, and to training young artists… And to the importance of art in a community. Those were all things that Leonard Bernstein advocated for more passionately and more successfully than any American musician in history.”