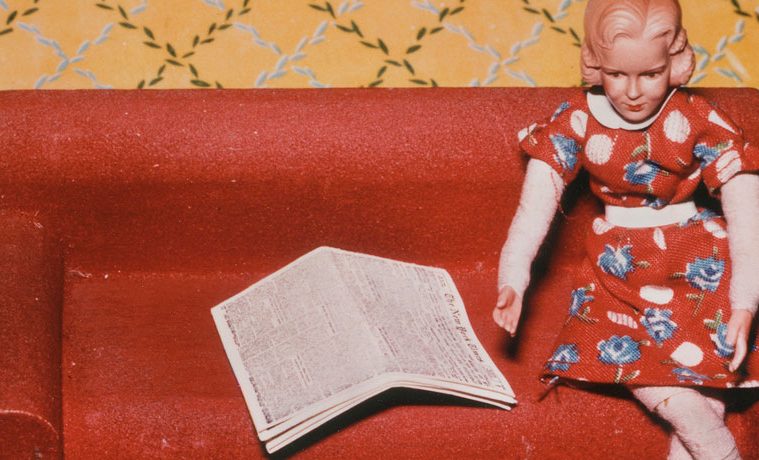 ac•qui•si•tions: A Selection from the Past Decade 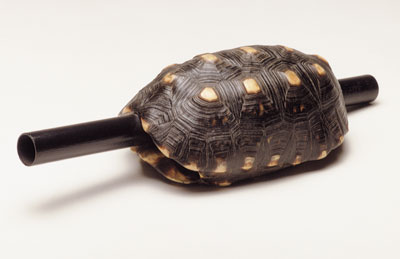 The Nearest Air: A Survey of Works by Waltercio Caldas

Guest-curated by former Blanton curator Gabriel Pérez-Barreiro and jointly organized with the Fundação Iberê Camargo (Porto Alegre, Brazil), this retrospective aims to make the Brazilian conceptual artist, who defines his practice as sculpting the distance between objects in pursuit of “maximally present work through minimal action,” better known in the United States. The survey gathers sculptures, installations, drawings and artist’s books from the 1960s to the present. Oct. 27-Jan. 12, Blanton Art Museum.

James Turrell: The Color Inside

Fresh on the heels of The Light Inside, his Museum of Fine Arts, Houston survey (in conjunction with a Los Angeles County Museum of Art retrospective and a Guggenheim installation), the light-and-space master unveils The Color Inside, his newest Skyspace, on the rooftop garden of the University of Texas at Austin Student Activity Center. Following a public conversation between Turrell and former Contemporary Arts Museum Houston senior curator Lynn Herbert at noon Oct. 18, the Skyspace opens to the public starting Oct. 19. Admission is free, but reservations will be required the first few weeks. Oct. 19-ongoing, UT Student Activity Center. 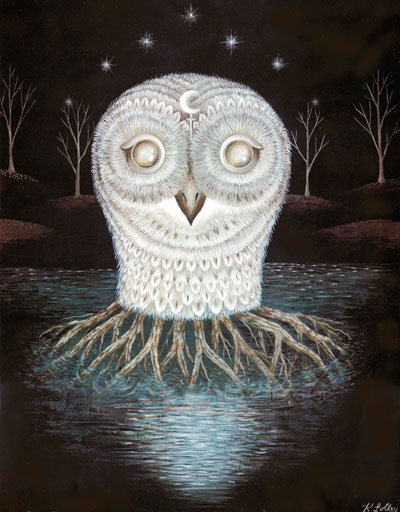 Three artists bring visual, narrative form to themes of identity, memory, storytelling and history. Horan’s mixed-media collages examine historical female roles and representation. Lolley, who lives in the dark forests of western Pennsylvania, draws on surrealism and folk art to create work that’s “not about humans having a spiritual experience, but the spirits having a human experience.” Perhaps bridging the two, Chambers, who identifies as a genderqueer artist, says her acrylic paintings redirect the cultural tendency to organize people by age, gender, income and other “checked-off boxes” to the unruliness of the natural world: “I live with enough ambiguity projected onto me through assigned labels.” Oct. 18-Nov. 17,  grayduck.

The New Sincerity and Frank Selby: Candles and Games

This Co-Lab Projects-organized show presents new work by the three Houston artists in a warehouse. Last chance: Through Oct. 30, 721 Congress.

Photographs of people, religious folk sculpture and landscapes from the modernist’s trips to Mexico in 1932 and 1934, lent by the Paul Strand Archive of the Aperture Foundation in New York. Through Nov. 7, Art Museum of South Texas.

Jim Hodges: Give More Than You Take

Co-organized by the Dallas Museum of Art with Minneapolis’s Walker Art Center, the American artist’s first comprehensive U.S. survey tracks his development through early installations made of hundreds of drawings on paper napkins and disassembled silk flowers pinned to the wall through the more elaborate installations large mirror mosaics of recent years. Co-curated by the DMA’s Jeffrey Grove and Walker executive director Olga Viso, the 25-year retrospective debuts in Dallas before traveling to the Walker, Boston’s Institute of Contemporary Art, and the UCLA Hammer Museum. Oct. 6-Jan. 12, Dallas Museum of Art.

The Age of Picasso and Matisse: Modern Masters from the Art Institute of Chicago

Let’s hope it’s not a bad sign for the Kimbell’s new Renzo Piano building that the museum’s second loan show in five years from the Art Institute of Chicago was occasioned by the AIC’s closure of its European modern galleries to fix problems with the Piano-designed wing’s light harvesting and motion sensor systems, among other issues. Still, with landmark paintings such as Matisse’s Bathers by a River (1909-16), this is as top-drawer a selection of European modernism as North Texas is likely to see anytime soon. Oct. 6-Feb. 16, Kimbell Art Museum.

Marshall Harris: Death Do Us Part

The Fort Worth-based winner of the 2013 Hunting Art Prize makes his solo debut with a selection of graphite-on-Mylar drawings, photography, cast-resin sculpture and video work. “Death typically refers to a finality,” Harris says. “But I’m interpreting it instead as a transition.” Oct. 12-Nov. 16, Red Arrow Contemporary.

Formal portraits of the foam armament of taxidermy animals by the Dallas photographer. “The base of the work already exists in the world in fairly prolific, common places (it is easy enough to encounter taxidermy) but we aren’t accustomed to seeing the hairless amoebic forms here,” the artist writes. “They are simultaneously lifelike and at the same time they never look like real things in the world.” Oct. 19-Nov. 16, The Public Trust.

A festival and exhibition of social-practice projects throughout the Dallas-Fort Worth area produced by the nonprofit Make Art With Purpose. Participating artists include Kim Abeles, Azra Akšamija, Rebecca Carter, the Center for Tactical Magic, Joshua Cohen & Adrienne Cohen, and E.G. Crichton. Through Nov. 24, various locations.

Glatt sews her contemplative drawings with a needle and thread, using intricate stitches such as French knots. The works’ circular forms are intended to “evoke a sense of place, providing an arena in which to leave her mark and suggesting stability in the face of change.” Last chance: Through Oct. 12, Barry Whistler Gallery.

The Dallas-based artist brings together two photographic bodies of work: found photos that Todora physically manipulates by cutting, drilling and painting onto them; and photographs of everyday objects that he places in unusual tableaux. Such interventions are meant to “rebel against what Todora considers intrusive imagery in print media.” Through Dec. 22, Dallas Contemporary.

The 2012 winner of the Dallas Museum of Art’s Arch and Anne Giles Kimbrough Award presents wall-mounted painted-wood sculptures with simple but deliberately off-kilter forms. Last chance: Through Oct. 19, RE Gallery.

Shop Constructions and Drawings from the Hill: James Magee 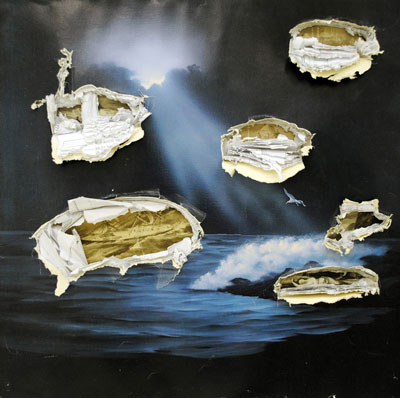 Attie makes mixed-media collages by building up and tearing away layers of vintage paintings, fabric scraps and printed material.The Eden of the show’s title has been invaded and ravaged by all kinds of human interventions, both violent and “civilized,” yet the underlying idyllic imagery stubbornly comes through. Last chance: Through Oct. 26, Read Contemporary.

Smaller, gold-plated versions of Ai Weiwei’s globetrotting bronze Zodiac Heads have made their way to a city that’s thriving in our new Gilded Age. Through March 23, Crow Collection of Asian Art.

Plein air yet performative paintings of dense forest landscapes from Northern Florida and Georgia as well as the Cascades Mountains in Washington State. Last chance: Oct. 26, The McKinney Avenue Contemporary.

American Adversaries: West and Copley in a Transatlantic World

Organized by Emily Ballew Neff— Museum of Fine Arts, Houston’s curator of American painting and sculpture — this exhibition centers around the colonial-era rivals’ most famous paintings: Benjamin West’s The Death of General Wolfe and John Singleton Copley’s Watson and the Shark, which have not been shown together in more than 60 years. The show also includes works by George Romney, Gilbert Stuart and John Trumbull. Oct. 6-Jan. 20, Museum of Fine Arts, Houston.

Three years after the Belgian artist’s first U.S. retrospective stopped in Dallas, he mounts a Raid the Icebox-style that presents a (mostly) career-spanning selection of his portraits with portraits, masks, funerary objects and more from the Menil Collection’s ancient, African, Native American and modern-and-contemporary collections. At his insistence, the museum, which never produces banners, placed one in the Menil’s south entrance, supposedly as a form of institutional critique. Does Tuymans deserve the concession? Is he a particularly interesting interpreter of the Menil’s holdings? Go and decide for yourself. Through Jan. 5, The Menil Collection.

Round 39: Looking Back, Moving Forward

Project Row Houses celebrates its 20th anniversary with its own Raid the Icebox-style artistic intervention; in this case, artists will raid PRH archives and use their findings to inspire their site-specific installations. Round 39 includes Houston based artists Jamal Cyrus in collaboration with Ray Carrington Jr., Troy Gooden, Lovie Olivia; and New York based artists Valerie Piraino and Jessica Vaughn. Oct. 5-March 2, Project Row Houses. 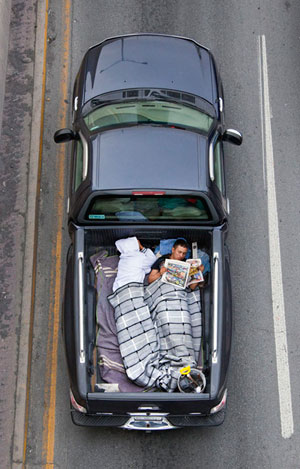 Margaret Meehan: we were them

“Small sculptural objects fashioned out of vintage women’s clothing from the 1950’s, silk bondage rope, branches and feathers” comingle with found photos of a mysterious woman. I am so there. Noah Simblist contributes an essay on the Dallas-based artist’s source material and “the seemingly disparate connections between the violent mechanisms of hegemonic power and the gathering of resistance against them.” Oct. 4-26, David Shelton Gallery.

Beautifully painted in washed-out tones and quivering brushstrokes, the series has developed into a powerful meditation on how the art painters live with becomes part of them. The installation, which fills a long wall with pictures hung three or four high, seals the triumph of one of the best painting shows in Houston this year. Last chance: Through Oct. 12, Texas Gallery.

Art League Houston’s 2013 Texas Artist of the Year describes her celebratory exhibition as “largely a collection of anomalies” given her tendency to “make things that have nothing to do with what I am doing” alongside ongoing investigations. Through Nov. 15, Art League Houston.

Gallerist and guest curator Kerry Inman emphasizes conceptually-oriented work in the fifth iteration of FotoFest and Houston Center for Photography’s Talent in Texas series. Some of the most intriguing work includes Paho Mann’s Reinhabited Circle Ks series; Keliy Anderson-Staley’s Off the Grid study of Maine families living without plumbing, electricity or phones; Miguel Amat’s darkly picturesque Dams and Loans series; and Jesse Morgan Barnett’s curiously sublime photos of accident-scarred highway guardrails. The show is split between the two venues through Nov. 3; starting Nov. 8, the works at HCP move to FotoFest. Through Dec. 7, FotoFest and Houston Center for Photography, fotofest.org and hcponline.org.

Gavin Perry: End of the Line

Michael Bise: Love in the Kingdom of the Sick

Referencing and empathizing with Susan Sontag’s Illness as Metaphor, Bise’s large graphite drawings reflect on the experience of his recent heart transplant accompanying entanglement in the medical system and the politics of illness. Last chance: Through Oct. 12, Moody Gallery.

Curated by Andreas Marks of the Minneapolis Institute of Arts, this exhibition surveys the technical and aesthetic refinement of samurai art and artifacts, presenting 70 works by master craftsmen spanning the 13th to 20th centuries. Through Jan. 5, San Antonio Museum of Art.

Organized by Fairfax Dorn and drawn from the collection of the Linda Pace Foundation, Localized Histories brings together work by Leonardo Drew, Tony Feher, Isa Genzken, Trenton Doyle Hancock, Thomas Hirschhorn, Christian Marclay and Linda Pace to explore “the relationships between the static, found objects and their temporal nature to create something which extends beyond painting and sculpture.” Through Dec 29, Artpace. 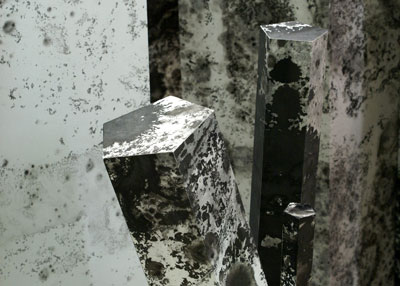 Guest curator Anjali Gupta presents work by San Antonio artist Megan Harrison, who “has installed a number of vaulting forms in the gallery — each like a five sided crystal, some diminutive, others towering. The black and white inks that swirl on the surfaces create self-similar, fluid patterns reflecting the structure of molecular bonds and the slow evolution of crystals, which form over millions of years.”. Last chance: Through Oct. 13, Sala Diaz.

Inspired both by traditional bracelets and cargo cults – religious groups who believe material wealth can be obtained through ritual worship, the San Antonio artist presents a monumental charm bracelet sculpted out of reclaimed wood and related drawings. Another room includes a selection of Pell’s “comparison collages” in which two images are presented with handwritten text. Through Nov. 2, Unit B.

Baroque on the Border: Rigoberto A Gonzalez and La Linea: Alice Leora Briggs

Curator Arturo Infante Almeida presents stone carvings by Browning, a sculptor whose training as a geologist informs her practice. Through Dec. 31, Institute of Texan Cultures.

Drawn from the Levensen Collection, this traveling show emphasizes “the contradictions of Japan as the Jazz Age collided with military expansionism overseas.” Last chance: Through Oct. 20, Tyler Museum of Art.