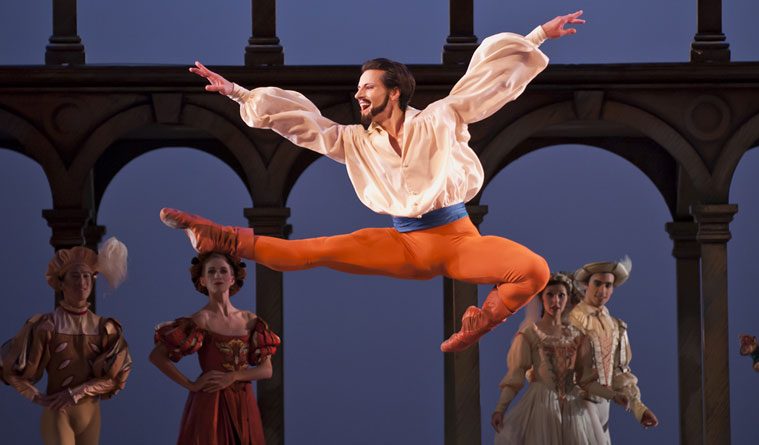 Simon Ball in John Cranko’s The Taming of the Shrew.
Photo by Leonel Nerio. 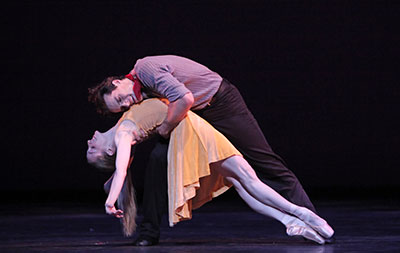 Houston Ballet principal Simon Ball takes his final bow as the season draws to a close in the company’s final shows for the season. A prince in and out of the studio, Ball is known for his powerful acting, pristine technique and his generosity toward other dancers. He’s been developing his plan B as a teacher for a decade now, and will be joining the faculty at Central Pennsylvania Youth Ballet. Ball joined Houston Ballet as a principal in 2003 after performing with Boston Ballet from 1995-2003. Ball visited with A + C editor in chief Nancy Wozny about his upcoming bittersweet farewell.

Tell me about your new job at Central Pennsylvania Youth Ballet.

I will be a full time faculty member and also be coordinator of the Men’s Program at Central Pennsylvania Youth Ballet. CPYB is an exceptional school and has sort of a cult following in the dance world. It was started by Marcia Dale Weary in 1955 in order to offer high quality training to Carlisle, PA area kids. Six decades later, she maintains her passion and due to her vision, CPYB has turned into a destination school for students from around the country who aspire to a professional career.

I remember that you started teaching early on in your dancing career. I imagine that you are a natural teacher.  How did you get started?

While I was in my early twenties and also early in my professional career in Boston, I was approached to teach for Boston Ballet School’s summer program. The director of the school displayed a lot of confidence in me, which gave me the courage to give teaching a try. I am so glad I had that opportunity because I instantly realized how fulfilling I found it. Since then, I have had a number of opportunities to teach during my off times. Teaching while still performing gave me the chance to critically look at my own approach to training and personally experiment with the same adjustments in technique I was requesting from students. Now, I hope to really hone my teaching, and because it will be a more day in and out endeavor, consider more long term goals for students. 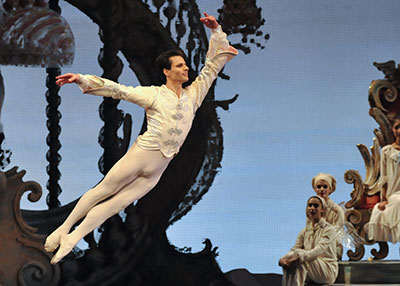 So many of the dancers consider you a mentor, and I know we have talked about your commitment to helping out the next generation.  Perhaps going from principal dancer to CPYB is an easy transition. How do you see it?

It certainly feels natural to me. I realize that the choice to pursue a professional career in ballet is a huge “grand jeté” of faith, especially for a young man. Leading up to my decision to follow this career, there were folks who cracked open the door and allowed me to peek into what it meant to be part of this “ballet culture.” Those were some of the scariest but most exhilarating times in my life. It will be so rewarding to be able to inspire and help steer students toward their personal aspirations.

You just performed your last Albrecht in Giselle  while Melody Mennite danced her first Giselle at Miller Outdoor Theatre.

I had a wonderful time putting Giselle together with Melody, and I couldn’t have been more pleased with how the show went. It was truly refreshing to see it through her eyes, but I must say arriving at a version can be tricky! Giselle is one of those ballets that everyone  has a distinct opinion about. That opinion is usually formed directly by the first ballerina each person saw perform the role. All the input from ballet masters is so valuable, but can be difficult for a first time Giselle to sort through. Having said that, I think Melody did a fantastic job making decisions that authentically fit her. 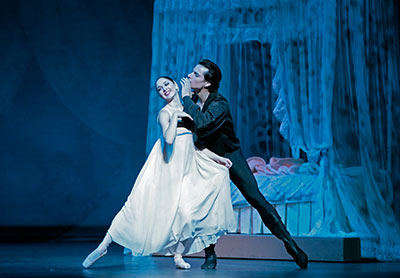 You are such a nice guy, but excel in playing the cad! Your Pinkerton in Madame Butterfly  is my personal favorite. I’m wondering if you have a favorite not so nice guy?

Onegin is the best “love to hate” role ever! The character progression built into the ballet is so satisfying to interpret. When the audience first meets Onegin he is unfeeling and world weary, but as the evening goes on his emotions range from acute rage to profound remorse. It is one of the only roles that has brought genuine tears to my eyes on stage.

You get to go out dancing work by Mark Morris and Stanton Welch! Not too shabby! What are you looking forward to in dancing this last mixed rep?

Don’t forget Kylian. I will be dancing all three ballets on opening night. In Svadebka, I have danced the role of “The Groom,” and now I will dance “The Father.” As I was chatting with one of the first time grooms the other day, I realized that insights into the interpretation of our roles had some real world parallels for both of us. He coming into his own as a young man with increasing responsibilities, and myself into the role of a father relenting control of a child/career. 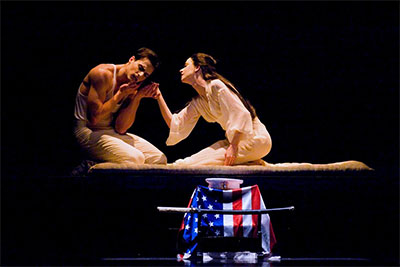 As for the two premieres, they are extremely different from one another. It has been an interesting rehearsal period, walking from one studio to the next, stepping into such disparate atmospheres. Content, approach, ideologies and expectations from dancers are all in stark contrast.

You’ve had a fantastic career, two major companies and so many great roles.  You will be missed so much!  What will you miss most about the job?

I don’t believe that there is another vocation that connects art and physicality so deeply. You know, I think every dancer chases the high of when you are firing on all cylinders and all the elements align to work as they should. I will certainly miss those brief glimpses of “divinity through dance” and that pursuit.