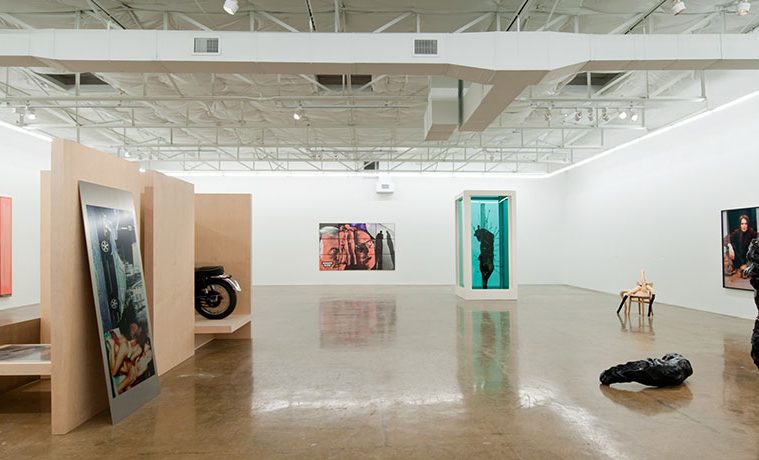 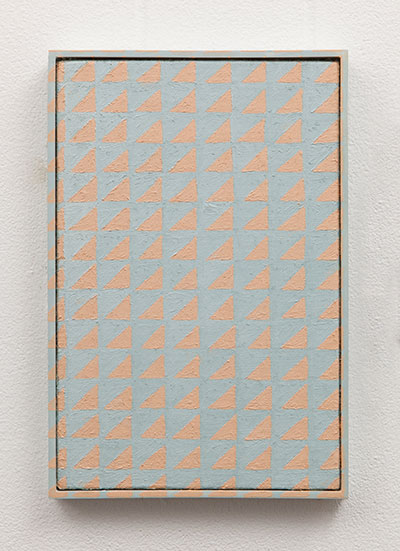 The Goss-Michael Foundation has always been a bit of an enigma to Dallasites. Over the last decade the space, now housed in a modern building in the Dallas Design District, has become synonymous with philanthropy and the YBA’s, or Young British Artists.

In the past few months however, the new team at Goss-Michael has been generating buzz for an initiative that is a little closer to home, and their recently launched FEATURE program may just change the way Dallas thinks about supporting its young artists.

“It’s endless what we do, really,” Kenny Goss is quick to tell me on a recent trip to the space. Goss is one half of the Goss-Michael Foundation’s name; the other, as most know, is George Michael of pop music fame. Michael, however, no longer plays an active role in the Foundation, which today is helmed by Kenny and his sister Joyce.

The Goss-Michael Foundation, now revolves around three major initiatives; its interests include well-established British artists, an artist-in-residence program, and, most recently, FEATURE.

Goss’s heavy involvement in the world of Dallas art collectors and philanthropists has firmly established the Foundation in the social circuit. And it’s that piece of the Goss-Michael Foundation puzzle that makes FEATURE what it is.

The program is simple: FEATURE artists are selected through an interview process with Goss-Michael Foundation Curator Kevin Rubén Jacobs. Goss and Jacobs look for artists who meet a certain set of criteria, which more or less can be summed up, as Goss puts it, in whether or not the artist can “fit our mesh.”

Goss’s position in Dallas’ universe of art collectors and patrons, and even, to a certain extent, beyond, is unrivalled; listening to him discuss his social calendar would make an introvert scream. When Goss says FEATURE artists need to fit his mesh, what he means is they had better be ready to play the game. Not that an artist would complain: Goss knows everyone, and he’s generous about it, eager to introduce young artists to those who can help them.

Current FEATURE artist Michelle Rawlings admits as much, “I didn’t realize the audience that this would expose me to,” she tells me. “Last week for instance, I gave a short talk to a group that came in from the Guggenheim— collectors from all over the world.”

Although you wouldn’t know it from reading the glowing press the Foundation has received in lieu of FEATURE’s inception, the program really started out as a cheap way to fill some empty walls in the Foundation’s back room.

“It (the back room of the Foundation) is where the heavy hitters are (aka GMF’s permanent collection:  artists such as Damien Hirst and Tracey Emin,  for example. We wanted to see if someone could hold their own with Hirst,” Goss says. Well, that’s exactly what happened.

Earlier this year the Foundation introduced the FEATURE program with Dallas-based artist Nathan Green. Despite his work’s proximity to some of the world’s greatest contemporary artists, Green’s unabashedly-formalist painting style caught the eye of a senior curator at London’s Tate Gallery, as well as London’s Hus Gallery, where Green is now represented. “It’s a little trick to change the context,” as Jacobs puts it.

It didn’t take long for Goss and Jacobs to see the opportunity they had in  hand, and they’re both clearly excited about the position they occupy and the influence they can wield in a young artist’s career, somewhere between gallery and patron.

In his other life Jacobs runs OFG.XXX (formerly Oliver Francis Gallery), an experimental art and music space in East Dallas. His experience curating that space put him in the center of the young, upstart art scene in Dallas, a scene which proffered both Green and Rawlings who Jacobs had previously shown in his own space.

Rawlings, like Green, is another young, Dallas-based artist with an eye on the past. She creates delicate yet highly intellectual work, and, like Green, Goss and Jacobs have their eyes set on securing Rawlings international representation. “For Michelle I’m looking at a particular gallery in Tokyo,” Jacobs says, “Something that could work best for her and introduce her to a brand new audience.”

It’s an unprecedented opportunity for young artists, as well as the very young Jacobs who, in Goss, has a patron himself.

“More people than ever are looking at my work now and taking it seriously,” Rawlings tells me. “it [FEATURE] has been extraordinarily helpful to me so far; I am learning a lot about how my work is being received and read, and I’m also getting to play around with how I like it to be installed.”

And that’s really what FEATURE is all about: What seems like a totally unselfish use of Goss-Michael’s space and Goss’s social capital to kick-start the career of young artists. With the program, Goss, an arts patron who for many years had his collector’s eye trained mostly overseas, has become the unofficial champion of young artists in Dallas. “If they [the FEATURE artists] don’t leave here in a better place than when they came in, then we haven’t done our job.”