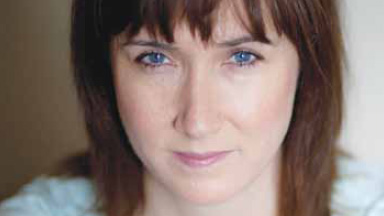 ACCORDING TO PLAYWRIGHT Lisa D’Amour, check there’s a lot more going on at our local trailer park than we might imagine.

In her play “Anna Bella Eema,” which is being presented by Houston’s Catastrophic Theatre, D’Amour invites us into the densely lyrical world that she imagines somewhere between the trailer homes. A contemporary Alice in Wonderland, “Anna Bella Eema” is the story of a mother, her daughter, and the twin her daughter sculpts from living mud.

Houston art-lovers are no stranger to D’Amour’s work. Her art installation piece, “How to Build a Forest,” was presented by the Cynthia Woods Mitchell Center for the Arts in 2009. “How to Build a Forest” invited audience members to watch — and participate — while D’Amour and her collaborator built a forest from scratch, and then dismantled it.

Prior to that, D’Amour collaborated with Infernal Bridegroom Productions to develop an original play, “Hide Town,” which premiered in 2006.

A New Orleans native and graduate of the MFA program in playwriting at the University of Texas in Austin, D’Amour’s work has been performed throughout the United States.

Her play “Detroit” premiered at Steppenwolf Theater in Chicago and is currently headed for a run at The National Theater in London. D’Amour is the recipient of an OBIE Award, and “Detroit” was a finalist for the Pulitzer Prize in Drama. In November 2011, D’Amour won the Steinberg Playwright Award.

Arts+Culture writer Zachary Doss caught up with D’Amour in the week following her Steinberg Award win to talk about “Anna Bella Eema” and her take on theater.

A+C: What was the “spark” that inspired you to write“Anna Bella Eema”?

LISA D’AMOUR: A local TV news story in Minneapolis about a woman who had her children taken away from her when neighbors in her trailer park reported her for having no running water and other unsafe living conditions. The tone of the news story was like monster mom! But when they let the woman speak on camera I saw this frightened women trying to explain herself — how she was trying to deal with the water in her trailer being turned off for lack of funds, and also take care of neighbors kids — and I just didn’t know who to believe? Were the reporters demonizing her to make it a good story? Was there bias against her because she was “white trash?” Or was she really dangerous to her children? I wanted to create a play in which a woman like the women in the news story got to state her case.

A+C:  There is a lot of music in the play — it’s not a musical, per se, but it is a sung drama. Do you have a background in music? What made you want to include musical elements in this play in particular?

LISA D’AMOUR:  I grew up singing a lot of campfire/folk songs with my family — my Dad plays the guitar. And I performed in a bunch of musicals in high school. I think my impulse is that the singing could really expand the scope of certain moments and bring characters into a mythic place (not to mention drop characters RIGHT back in cold, hard reality when the music stops).

A+C:  You have a very facile way of working in the theater — many of your works involve folding in another medium, such as visual art in “How to Build a Forest” or music in “Anna Bella Eema.” What is it about this fluidity of medium that appeals to you as an artist?

A+C:  What challenges do you believe “Anna Bella Eema” presents for the performer?

LISA D’AMOUR:   The music is really, really beautiful and really hard! Filled with strange chords and impossible-to-find notes. In general I find the actresses who perform this piece love this challenge — even if it keeps them up late many nights trying to lead it. Also, this play requires three actresses to be on stage and very active/ alert for just over 90 minutes — that’s a lot of energy to put out each night.

A+C:   You have strong ties to the Gulf Coast region, especially Texas and Louisiana. Does this regional landscape have an influence your writing?

LISA D’AMOUR:   Absolutely. New Orleans, Austin, those ghost towns — they all contain spaces that seem pedestrian at first, but people relate to them as though they are mythic. Because stories have been passed down about them. A table is not a table, it the dinner table my great-grandfather made out of logs he chopped himself, the great-grandfather who was an artist and sang opera and lived with his “secretary” in the home he named “L’Esperance” and so on. So yes it is the landscape and the way people spin stories out of it.

A+C:  Would you say there is a common theme or concern that informs most of your work?

A+C:   What is it about playwriting that speaks to you as an artist?

LISA D’AMOUR:  Well, I love letting characters talk, and exploring the quirks of how people try and communicate with each other as they make their way through the world. And then I love that, after I’ve written all these words down, all of these people — directors, actors, designers, etc. — each with his or her own particular intelligence, comes together to make it come to life. And then after all those people have come together, we get the audience — the final collaborator. So yes, I guess I love how my solitary experience of writing the play becomes this big communal experiment.