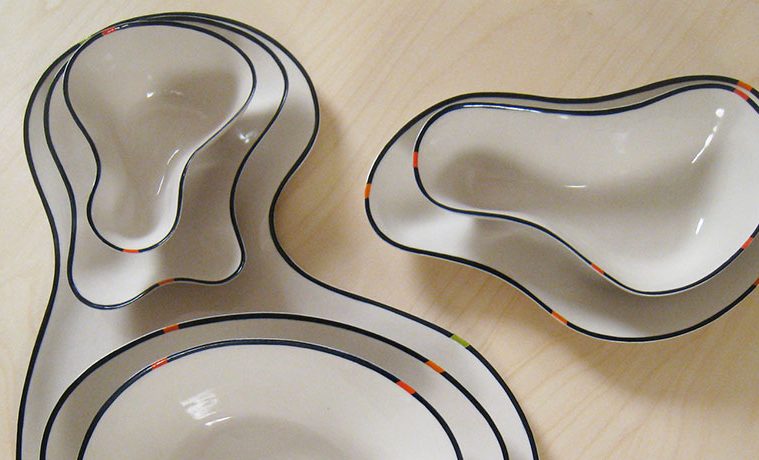 Food for More Than Thought

HCCC Gets Houston Talking about the Craft of Dining 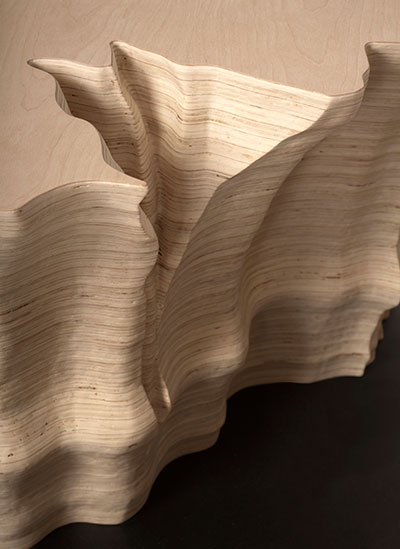 As a universal need, food can connect people across cultures, geographies, and disciplines. Yet, eating is a highly individual experience largely informed by preconceived notions of where our food comes from, how it is prepared and what role it plays in our society; oh, and of course the preferences of our taste buds. Dining also reveals another sort of taste: aesthetics.

Beginning in February and running through May 10, Houston Center for Contemporary Craft (HCCC) presents Dining and Discourse: A Discussion in Three Courses, a finely crafted exhibition about the relationship between craft and dining which features a variety of works and media by 26 emerging and mid-career artists.

HCCC Curatorial Fellow Kathryn Hall, currently in her last year of a three-year fellowship, curated the show around contemporary notions of functionality, status, and aesthetics, organizing the artworks into three dining-room vignettes: Role Play, Hunter-Gatherer, and Opulence and Excess (or, put bluntly: form, function, ornamentation). A major aim for Hall was to “move beyond the presentation of the beautifully-set dinner table to spark discussion about the past, present and future of craft.”

Interest in the relationships amongst food, art, craft, and design has increased in recent years. Texas is no stranger to the trend, as illustrated by the “artist-orchestrated meal” in Feast: Radical Hospitality in Contemporary Art at Houston’s Blaffer Art Museum in late 2013, which originated at the Smart Museum of Art at the University of Chicago.

“Food and dining remain influential in popular culture and craft is no stranger to the dining experience. Informed and inspired by conversations shared with colleagues, artists, and friends, I settled on three themes that I believe are engaging and that provoke us to consider the historical, aesthetic, and practical aspects of dining practice. Each theme presents a blend of functional wares with less utilitarian sculptural works that I hope will cause viewers to stop and rethink objects that they encounter everyday,” says Hall. 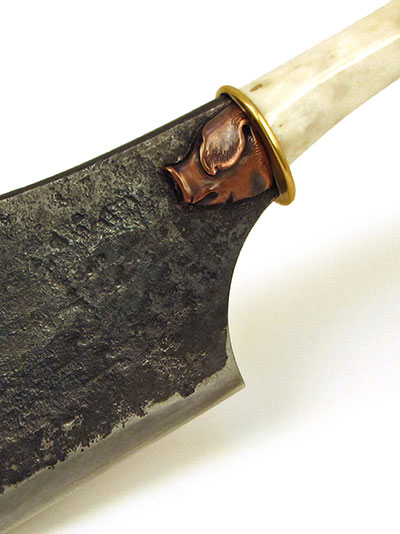 The works included in Dining and Discourse are not specific to a particular meal or mealtime; instead, Hall envisioned a progressive experience, like a three-course menu that devotes more attention to works that comment on broader topics. They span a wide spectrum of materials and styles, and occupy various positions of scholarship.  For example, Role Play considers formal constructs of dining ware and dining furniture and features a piece from Studio Weitz Amaré-Cartwright (Studio WAC), a Houston-based design practice that uses the built environment as a point of departure. Obus Lofts’ Dining Table was originally created as a furnishing for Obus Lofts, a large-scale Houston design experiment that relied heavily on the city’s freeway system and Le Corbusier for design cues. The table is designed to seat five people and takes as its challenge the small dinner party and formal seating arrangements. Its asymmetrical table top, with two corners pointing down at the floor, is intended to promote conversation and social interaction.

Hunter-Gatherer concerns itself with the history of human dominion over the food chain through tools, and also involves ideas about sustainability in food culture and craft practices, such as Slow Food, nose-to-tail eating, apprenticeship and more. In this vein, Smith Shop, a “craft-centric” metalworking studio in Detroit, makes copper and steel utensils that incorporate more traditional yet not-often-celebrated elements such as rivets and welds, plus hand forged designs. Hall explains that when holding one of their utensils—for, example, a cheese knife—it is clear they understand the relationship between hand and tool. Special attention to the knife’s weight and curvature compliment its purpose.

Opulence and Excess is the icing on the cake, so to speak, since much of formal dining is wrapped up in the decorative arts. This visual dessert features several decadent pieces, including Glass Wallpaper Pattern No. 3: Houston, TX, an intricate work from former HCCC resident Sarah Rebekah Byrd Mizer, indicative of its title.

With such an active theme and title, the question arises whether HCCC visitors are encouraged to use the objects—sit at the table, handle the utensils, etc. But while Feast was focused largely on participation, HCCC has taken a different route, choosing instead to engage the public through the exhibition’s Tumblr blog and public programming events that feature a panel discussion, a lecture, and a HANDS-ON HOUSTON (HOH) event, a free, first-Saturday craft-making activity led by local guilds and artists, related to the exhibition on view. For Dining and Discourse, HOH will focus on the cup with specific attention paid to coffee and tea culture.

Hall says that the Tumblr page, launched on opening night, will be updated throughout the run of the exhibition and she hoped that it will help extend the reach beyond the exhibition space through public posts, exclusive interviews, recordings, and photographs submitted by artists and audience members.

With exhibitions like Dining and Discourse making itself at home among worldwide attention to and appreciation of food in all its facets, its clear that the fruit of scholarship around the topic is only just beginning to ripen.  “Craft has a long-standing history with cooking and dining practice. Related discussion topics are endless, “ says Hall.