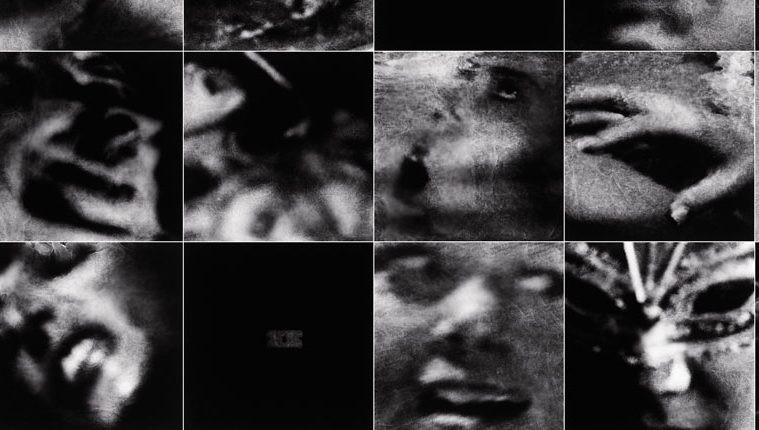 An interview with photographer Frank Rodick

Acclaimed Canadian photographer Frank Rodick is a man who examines the dark underside of the human psyche fearlessly, and with an honesty that is as mordant as it is refreshing. He first began his explorations while working as a therapist in his adopted home city of Toronto. In this capacity, he would hone the “eye for pain” that has allowed him to create images that critics have called “complex and unsettling.”

Rodick has been showing his work since 1994. His images have formed part of solo and group exhibitions in Canada, the United States, Argentina, Uruguay, England, France, Denmark, and Russia. He has also received numerous grants from the Ontario Arts Council along with many others. In 2011, he was selected as a finalist in the prestigious Charlatan Ink Art Prize Competition for the Visual Arts.

A selection of his work, Labyrinth of Desire, is currently on display at the McKinney Avenue Contemporary (MAC) Museum of Art until May 11. The photographs on view examine five bodies of work: Liquid City (1991-1999), sub rosa (1995-1997), Arena (2002-2005), Faithless Grottoes (2006-2008), and Revisitations (2009-current). Rodick says of his work, “What I’m looking for are images that feel more intimately real than our cursory experience of everyday life, images that give a voice to the worlds that live inside us and which somehow demand witness.”

The Montréal-born photographer graciously took the time to speak to A+C about himself and his art from his home in Canada.

A+C: What led you to photography?

FR: My father was an amateur photographer. He was also a painter and a sketch artist/draftsman. [So] I grew up with cameras. My parents were [also] booksellers. So I grew up surrounded by books. Now because my father in particular was into photography, a lot of those were photography books. [But] when people ask [what my biggest influences have been], I always include literature.

FR:It really starts with the kernel of an attraction to an image. The real subject only reveals itself through my kneading that image, pushing it back and forth, wrestling it out. The deeper subject is really what you didn’t know in the first place. In fact, I really mistrust too much pre-conceptualization because I always think that the artwork is going to be smarter than me. At least, I hope so.

[When I used to work in the dark room,] I would look at a picture and say, “Tell me your secrets. I’m going to look for God.” And that really is the exciting part of it. If I knew what the thing was going to wind up as in my head before I did it, well, big deal. But to look at something and go, “Wow, that is really taking me somewhere else and yet it’s still coming from me” – that part is very exciting.

A+C: Do you still use the darkroom for work you do now?

FR:  Some of the originating images, the ones I start with, are [old] negatives. So there’s still a connection to the darkroom. But then there’s a lot of work I’m doing now [that involves] found photographs. Then I work with them digitally.

A+C: Tell me about the interplay of the intellectual and the emotional/physical that defines so much of your work.

FR:  When [the] intellectual [plays] as a big part of your life, [it’s] an easy thing to get lost in. It’s intricate. [And while that] part is very important, in many ways it’s the tip of the iceberg. You can make a pretty big argument that that primal part is really the primal part of life. At the end, we’re all animals. I’m interested in what you don’t see above the surface: it’s not about constructing, it’s about dredging.

A+C: How did you come to incorporate distortion in your image-making process?

FR:  I don’t trust exactitude. And probably that comes from my [academic] experience — [and] also my personal experience. The things that feel more real to me are actually things that seem more transient, more imprecise, more uncertain. It’s out of that feeling that I started looking for formal elements that felt consistent with that: blurring, [the use of] amorphous shapes, [the] imposition of other images and textures between the subject and the viewer [and the] melding between foreground and background and subject.

A+C: Which photographer has been a major source of inspiration for you?

FR:  The first photographs that really turned me on – and still do —  were by Diane Arbus. [I think of the] work she did just before she killed herself. It’s just mind blowingly intense. The way she collapsed the idea of the subject and a self-portrait — I mean, you’re looking at Diane Arbus in every photograph.

A+C: Critics have cited Kafka, Céline, Celan and Coetzee as major literary influences on your work. Why these writers in particular?

FR:  All of those writers have pushed themselves into a really ruthless process of self-examination. They are not pulling punches with themselves. And all of them – Kafka maybe not quite as much – are artists who engage with the physical. [For example,] Coetzee in many ways is one of the most profound writers on the subject of physical violence. He has a real sense of what the body — and its imperatives — are about. [He understands] the drive to eat, to dominate, to survive, to fuck. All of those things are also very strong in Celan and Céline. They’re [also] trying to do something that has a certain beauty to it. And in a way, that in and of itself strikes me as a very beautiful and noble thing to do, and sometimes, [it’s] all you can do.

A+C: Who is your ideal viewer?

FR:  My ideal viewer is somebody who’s willing to take more than a cursory look. Too often — and especially in an Internet age — we have a staccato of images. I’m not asking a person to do an Andy Warhol and sit for ten hours in front of something. But if somebody is willing to take a bit of time and be pensive, I may have something to offer. It won’t necessarily be what I intended, but that’s not important.

A+C: What do you hope your viewer might experience as they look at your images?

FR:  If somebody says something like, “That rang true for me in a visceral kind of way,” after looking at something I did, that means a lot to me. I think one of the functions of art is to keep people good company. And good company is not always necessarily cheerful or glib company. It says, “I’m walking with you wherever you happen to be stepping. And I come from a place that isn’t exactly the place you come from, but it’s a place that is in the neighborhood.”

Frank Rodick: Selections from the exhibition Labyrinth of Desire continues through May 11, 2013 at The McKinney Avenue Contemporary (The MAC).