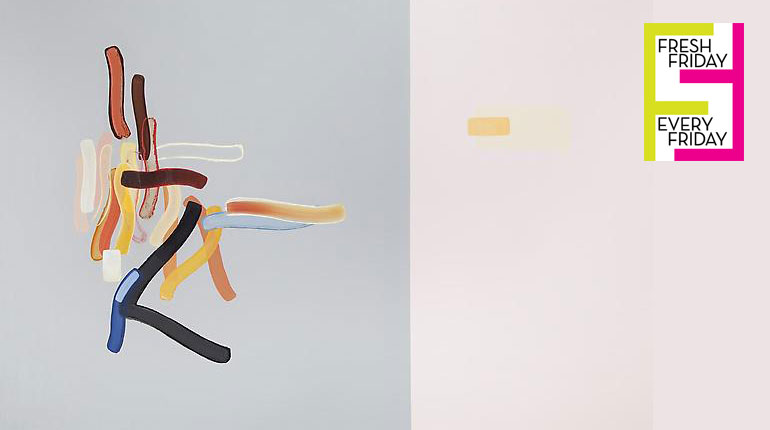 FRESH FRIDAY ART: Whimsical Use of the Line

Holly Johnson Gallery is the site for Sharon Louden: Simple Strokes, an exhibition of recent painting, sculpture and animation by the celebrated New York artist. An opening reception will be held on Saturday, April 6, from 6:00-8:00 pm. The exhibition continues through June 22.

For nearly twenty years, the common denominator and backbone of Louden’s visual vocabulary has been the line. Often using no more than a simple stroke of fingertip width, the line has diligently been explored through a multitude of media, as well as site specific installations. These linear works sometimes evolve into simple rectangles – taking form with four simple strokes – never deviating far from their linear origins. Modest in scale and execution, her paintings and drawings prompted Benjamin Genocchio of the New York Times to describe them as “feeling airborne, as though Louden blew them out of her hand.”

The inherent energy and movement of Louden’s work has found a logical and amiable partnership with video, giving her the chance to continue exploring formal concerns; toying and teasing the narrative potential of her drawings and paintings. Her animations – sometimes two years in the making – continue to be screened and featured in many film festivals and museums all over the world. In 2011, Carrier, premiered at the National Gallery of Art in Washington, DC in a historical program of abstract animation since 1927. Louden will premier yet another, new animation at the National Gallery of Art in September of this year entitled, “Community,” which will travel to various museum venues. Three animations, Carrier, The Bridge, and Hedge, will be on view in the Dallas exhibition.

In 2011 Louden was commissioned by the Weisman Art Museum in Minneapolis to create a large-site specific installation inspired by the Frank Gehry designed addition. The work entitled Merge was made out of more than 350,000 aluminum strips in varying sizes. Two wall sculptures called Merge Compositions will be included in the Dallas exhibition with this inspiration in mind.