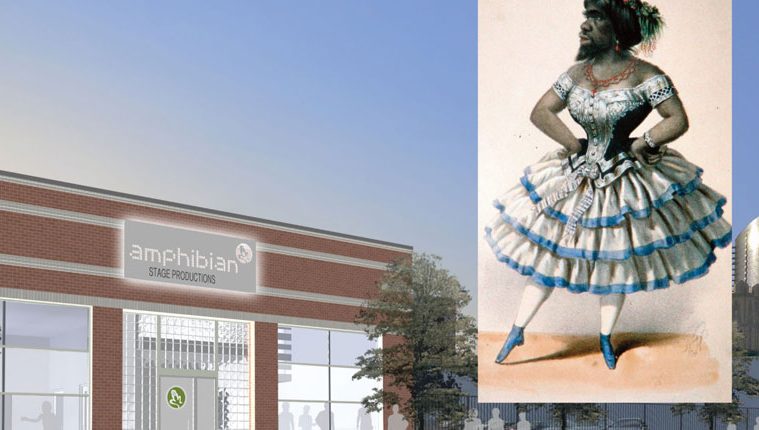 Amphibian Stage Productions announced this week that Julia Pastrana, the subject of the company’s recent play, The True History of the Tragic Life and Triumphant Death of Julia Pastrana, the Ugliest Woman in the World, will receive a burial in her home state of Sinaloa, Mexico on February 12, 2013, 153 years after her death.

This ceremony will mark the culmination of a 10-year campaign by Mexican artist Laura Anderson Barbata, with the help of the governor of Sinaloa, to repatriate the body of Julia Pastrana. Her remains are currently located in Oslo, Norway.

Born in 1834 in Sinaloa, Mexico, Julia Pastrana suffered from a genetic condition called terminal hypertrichosis, which caused excessive hair growth all over her body. As a young woman she was sold to a touring circus and exhibited as “The Ugliest Woman in the World.”

Julia married her manager and in 1860 gave birth to a son who bore the same genetic condition. He lived only 35 hours, and Julia, suffering from complications during childbirth, passed away five days later. Her husband, after having her embalmed, continued to exhibit Julia the world over for more than 20 years. A century later, her body was transferred to the University of Oslo’s Schreiner Collection in Norway.

Laura Anderson Barbata learned of Julia Pastrana’s story when she collaborated with Amphibian Stage Productions on the company’s 2003 production of The True History of the Tragic Life and Triumphant Death of Julia Pastrana, the Ugliest Woman in the World by Shaun Prendergast. She subsequently began a campaign to have Julia returned to Mexico for a Catholic burial, according to the faith Julia practiced in life. Barbata petitioned the University of Oslo and Norwegian authorities to return Julia’s body, and in 2012 enlisted the help of Governor Mario López Valdez of Sinaloa. The University of Oslo consented in June of 2012.

Amphibian Stage Productions recently staged a new production of the play about Julia’s life and death in October of 2012, shortly after the announcement that she would be returned to Mexico.  The production, performed entirely in the dark, garnered numerous awards in the Dallas-Fort Worth area, and also shed light on this humanitarian issue for Texas audiences.

Amphibian Stage Productions Artistic Director Kathleen Culebro said, “I’m so proud that Amphibian played a small role in this tragic story and am so grateful to Laura for her heroic efforts on Julia’s behalf. This is a wonderful reminder of the power of theatre to make the world a better, more humane place.”

Amphibian Stage Productions is a non-profit theatre company founded in 2000 by three alumni of TCU’s Department of Theatre. It recently moved into their own performance space in Fort Worth, after years of presenting at city-owned community spaces.