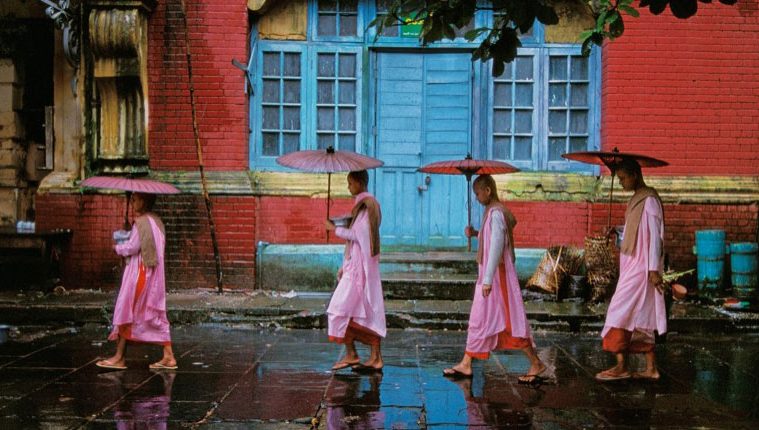 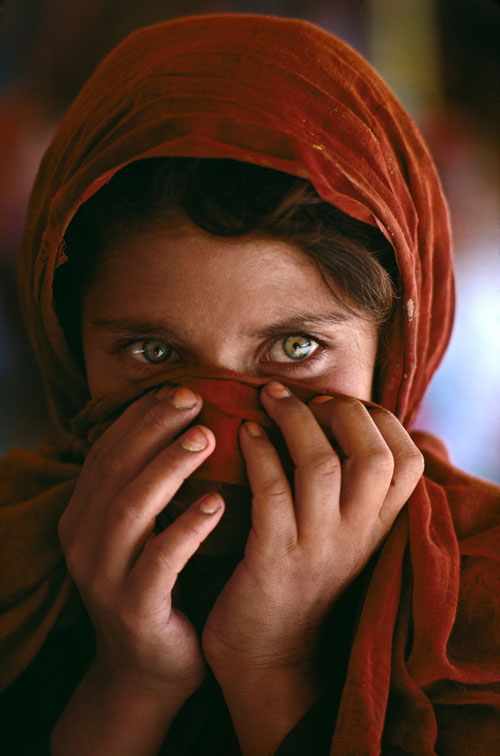 One look at his iconic portrait of a 13-year old Afghan girl and you recognize the name of internationally known photographic chronicler Steve McCurry.  It’s likely just reading that sentence conjures up her image – she has become a part of humanity’s collective consciousness.

Imagine a gallery full of these photographs printed at almost 3 by 4 feet – this is the treat waiting for you at Dragon Street newcomer Laura Rathe Fine Art.  A part of the exhibition is a video telling the story of McCurry returning to Afghanistan almost 20 years after shooting that young girl’s portrait in an attempt to find and thank her.  As you already might know, cialis he did find her and photographed her again, recapturing those wise and melancholy eyes.

The iconic photograph is exhibited as is another one taken that same day, but you’ll also see over a dozen other McCurry prints at that breathtaking scale.  There are photographs from exotic locales including India, Burma, Sri Lanka, and Japan.  McCurry is genius at capturing the soul of a culture – the unlikely bright red clothing of three children climbing on an ancient monumental golden ochre pagoda being reclaimed by the lush green of the Burmese jungle (Mingun Pagoda, Burma 1994); a procession of nuns dressed in pink against a light blue, red and chartreuse building (Procession of Nuns, Burma 1994); the surreal juxtaposition of a dirty archaic steam locomotive pummeling past the glorious backdrop of the crisp white on white Taj Mahal (Taj and Train, India 1983); a little Indian boy running away from the camera through an alley of blue and yellow walls decorated with painted handprints (Boy in Mid-Flight, India 2007). 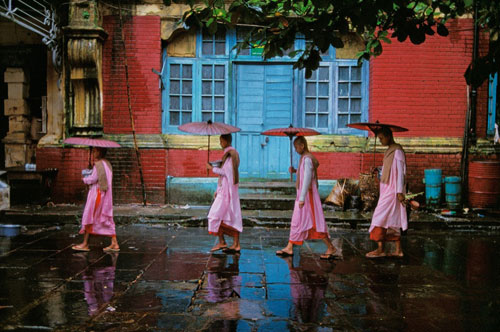 One of my new favorites is a photograph of Times Square before the Giuliani cleanup began, Times Square, USA 1994.  A dusting of snow temporarily beautifies the seediness of the street and the pre-neon theater signs announce Guys & Dolls, Damn Yankees, and Miss Saigon.  The huge Coca-Cola sign is timeless. Geisha in Subway, Japan 2007 is a captivating genre scene you don’t see every day – a fully made-up, costumed geisha walks matter-of-factly up the stairs in a white-tiled subway station.  She unintentionally coordinates with yellow signage and a yellow step tread in the spectacular photo.

— KENT BOYER
Kent Boyer is a graduate student in the arts and humanities, an educator, and writer.