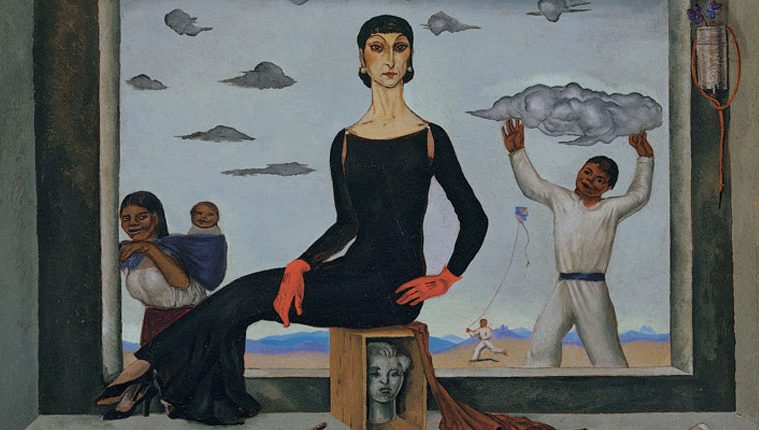 On May 1-2, 2013, the Meadows Museum at Southern Methodist University will bring together an international panel of museum professionals and university professors to lead a symposium titled “From the Other Shore: Narratives and Perspectives on Spanish & Latin-American Art.” The aim of the symposium is to analyze the various ways in which ideas and perceptions about Spanish and Latin-American Art have evolved in the last decades, dramatically increasing their international visibility and relevance. The two-day symposium will be held on the SMU campus, and is open to the public.

The Meadows Museum is the leading U.S. institution focused on the study and presentation of the art of Spain. In 1962, Dallas businessman and philanthropist Algur H. Meadows donated his private collection of Spanish paintings, as well as funds to start a museum, to Southern Methodist University. The museum opened to the public in 1965, marking the first step in fulfilling Meadows’ vision to create a “Prado on the Prairie.”

Today, the Meadows is home to one of the largest and most comprehensive collections of Spanish art outside of Spain. The collection spans from the 10th to the 21st century, and includes medieval objects, Renaissance and Baroque sculptures, and major paintings by Golden Age and modern masters.

Highlights of the symposium include:

Shaping Narratives of Spanish and Latin-American Art – Museums and Collections

History has ceased to be written as though it were made up of large continents, to become a kind of archipelago. The author thereby enters into tension, seeking to reflect and relate at once with his or her community and with the world. Art seeks at once the absolute and its opposite – that is, writing and orality. There is no longer a single voice issuing its narrative from a privileged platform; instead, we are immersed in a multiplicity of micro-narratives that has produced a new cartography of art. New York can no longer be said to have stolen the idea of modern art from Paris, because the idea emerges in multiple places and because there is nothing to steal, just relations to establish and render visible.

“Narratives of Latin-American Art: from Montevideo to Mainstream Art History”

Kalenberg has termed one of the most powerful and important artistic currents in Latin America as “Organic Constructivism.” Abandoning the European Constructivist movement, Latin-American artists were successful in creating an “organic construction,” which means an abstract art with material support that is sensitive and organic. This current originated from Torres Garcia’s work, rather than Mondrian’s, and therefore began in Latin America instead of Europe.

Meadows Museum on the campus of Southern Methodist University, Dallas.

Diana Wechsler, Director of the Institute for Research in Art and Culture at the National University of Tres de Febrero, Buenos Aires

A common assertion about the historiography of Latin-American art is that the agenda of modern art in our major capitals has been met with delay. Currently under debate, this issue, based on a concept of homogeneous historical time, is still alive and well. In this regard, the processes that take place in the 1920s and 30s can be seen as evidence to develop other working hypotheses which not only reveal new aspects of Latin-American art and culture, but also shed light on the larger narrative of modern art. On the basis of this premise, this presentation will suggest a critical revision of this stretch of the narratives of modernism.

In the fall of 1941, the Museum of Modern Art celebrated the exhibition “Joan Miró,” curated by James Johnson Sweeney. Only two months earlier he had published the article “Picasso and Iberian Sculpture,” challenging some views on Les Demoiselles d’Avignon as formulated by Alfred H. Barr, Jr. in his 1939 MoMa catalogue Picasso, Forty Years of his Art. During the 1950s, as the director of the Guggenheim Museum, he paid special attention to young Spanish abstract artists and, in 1960, he curated a major exhibition of Spanish avant-garde: “Before Picasso-After Miró.” The purpose of this presentation is to explore James Johnson Sweeney’s views on Spanish modern art during the forties and fifties and their impact on its international reception.

New Perspectives on Spanish and Latin-American Art in Scholarship, Museum, and Exhibition Practices

This talk will analyze how the categories of Latin-American and Latino art evolved throughout the last few decades through exhibitions organized in the United States. An underlying premise is that, in the absence of academic art history programs, the history of Latin-American and Latino art in this country has been researched and written through exhibitions and their accompanying publications. The talk will also consider how this phenomenon conflicts or overlaps with parallel accounts emerging from various countries in Latin America.

“The Place of Spanish Art in Modern Experience”

It is impossible to talk about modern art without talking about Spanish art. And this is especially so for American art. With Velázquez, Goya, and Greco as venerable ancestors, and Picasso, Miró, and Juan Gris, as modern references, Spanish art has epitomized artistic freedom to American artists of several generations.

Advance registration is required. Ticket prices for the symposium are $25 for both days, $15 for one day. Tickets include lunch, coffee breaks, free parking in the Meadows Museum garage, and an evening reception at the museum.