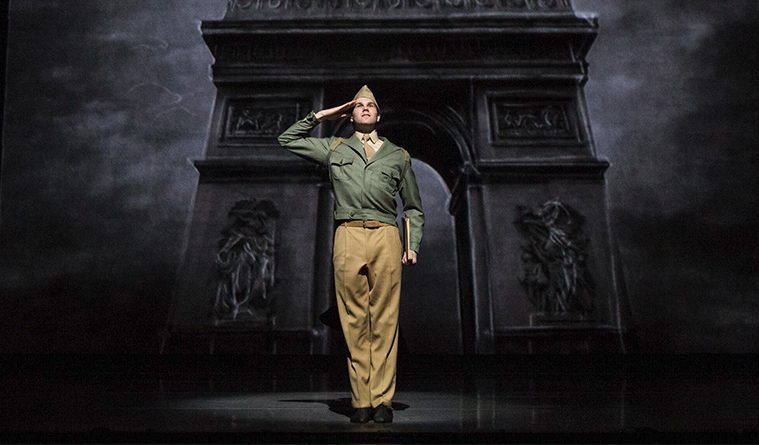 From Ballet to Broadway: McGee Maddox takes the lead in ‘An American In Paris’

McGee Maddox in the national tour of An American in Paris, May 30-June 3 at Bass Concert Hall, presented by Broadway in Austin, and June 12-17 at the Majestic as part of Broadway in San Antonio.
Photos by Matthew Murphy. 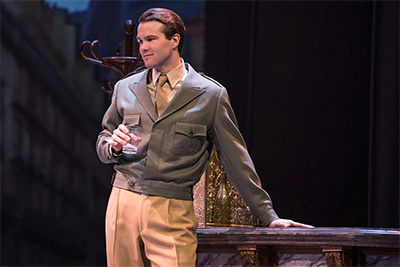 When Broadway in Austin brings Christopher Wheeldon’s 2015 Tony-award winning musical An American in Paris to Austin May 30-June 3 at Bass Concert Hall, a familiar face will be in the lead role of Jerry Mulligan, that of McGee Maddox, former National Ballet of Canada Principal and Houston Ballet dancer.   After the Austin engagement, the musical heads to the Majestic June 12-17 as part of Broadway in San Antonio.

A + C editor Nancy Wozny caught up with Maddox about his transition from ballet to Broadway.

How did you make the transition from ballet to musical theater?

I had always kept my eyes open for opportunities to perform on stage in other ways than just dancing. I received an email from a casting director associated with the Broadway production of the show asking me to audition. I jumped at the opportunity.

Tell us about the character of Jerry Mulligan. How is he a fit for your skill set?

Jerry Mulligan is your all-American happy-go-lucky guy. That requires me to sing, act, and dance, three theatrical disciplines that I have been eager to put to use all at once.

Speaking of your skill set, which now includes singing, can you tell us about your leap into vocal training? Did anything about your ballet career prepare you for singing?

My “leap” to singing has certainly been a journey. Other than youth choir in my hometown church, I had very little public singing experience despite my enthusiasm around a karaoke bar. I had to sing while I was auditioning for the role but, after I was offered the job, the producers of the show hooked me up with a wonderful vocal coach in Toronto named Jeannie Wyse who put me through my paces and taught me to really understand what goes on vocally with the role. Nothing about my ballet career prepared me to sing on stage. So, so different. I even had to change my breathing technique in order to produce the sounds I want. 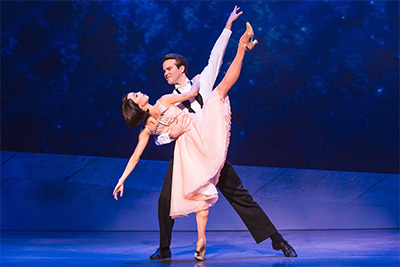 That’s so interesting, but I imagine the acting part was easier.

The acting has been a welcome challenge. As a principal with the National Ballet of Canada, I thrived in dramatic roles like Onegin, Albrecht, Romeo, etc. To be onstage with just lines and a scene partner is quite different. I hope to pursue more acting ventures after this show ends.

I imagine you have quite a bit of Christopher Wheeldon’s work in your dance DNA by now. How do you see his signature in this piece?

I was very familiar with Chris’s work well before joining the show, both as a fan and performer. I had performed the leads in his full-length works at the National Ballet and various other abstract ballets of his over the years. An American in Paris falls right in line with his vision and creativity. You can see it in the way he tells the story with his signature movement style along with the wonderful music of George Gershwin, a composer he seems very much at home with.

You are used to performing many works, now you are doing the same show night after night. How do you keep it fresh?

Thus far I have performed this show over 260 times. It’s quite easy to keep the material fresh because of how challenging it is. This show never gets easier, making it that much more of a welcome challenge every night. Our cast is so deep with talent that the show becomes a different artistic experience night after night. 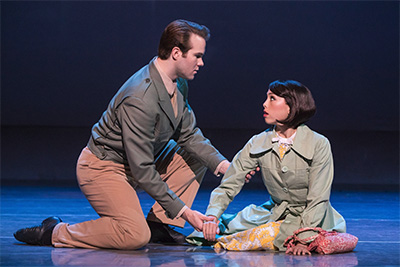 Anything you miss about being in a ballet company?

I miss the people.

Do you have any advice for a ballet dancer who might want to make the leap to the musical theater stage?