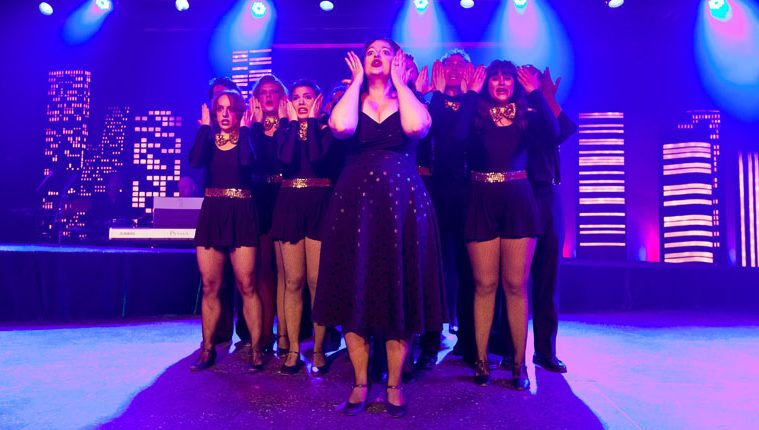 From Doomsday to Hell 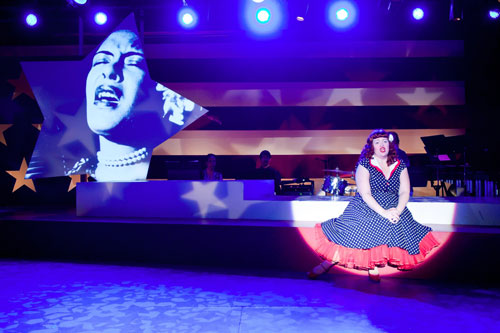 Tamarie Cooper in The United States of Tamarie.
Photo by Anthony Rathbun.

Another Hilarious Romp from Tamarie Cooper

Tamarie Cooper has been entertaining summer theater audiences for over a decade with her hilarious spectacles mixing dance, music and outrageous theater, sourcing her own life as material. She co-founded The Catastrophic Theatre with Jason Nodler in 2007. For ten years her “Tamalalia” series, gathered a cult-like following. While at Catastrophic, she has created The Tamarie Cooper Show and The Tamarie Cooper Show: Journey to the Center of My Brain (in 3-D!) and The United States of Tamarie: An All-American Revue (made in China), and Tamarie Cooper’s DOOMSDAY REVUE (the greatest musical ever!). Her newest romp, Tamarie Cooper’s Old as Hell takes over the Catastrophic stage from July 12-August 24. She took a rehearsal break to chat with A + C editor Nancy Wozny about the show.

Arts + Culture: From The Doomsday Revue to Tamarie Cooper’s Old as Hell is a trajectory that makes perfect sense; there’s a natural connection from the end of the world to aging.

Tamarie Cooper: Well, every year after my show, someone asks me what I will do next year. And I consider what we have done so far: love, America, getting married, having a baby, the end of the world. What’s next? A mid-life crisis? But I’m not having one. Then I thought, oh crap, I’m 42. This might be funny.

A + C: I haven’t found aging all that funny. But in your hands….

TC: The show goes off on various twists, turns and non-sequiturs. It’s not just me saying that I’m old. I have to face my mortality, so I have a dozen people dressed as death.

TC: It’s very Woody Allen-esque. But really, life is screwy at every age. There are good things and bad things about every age. I’ve put my drunken youth on stage. I was younger and thinner, but a basket case. I’m more mentally grounded now. 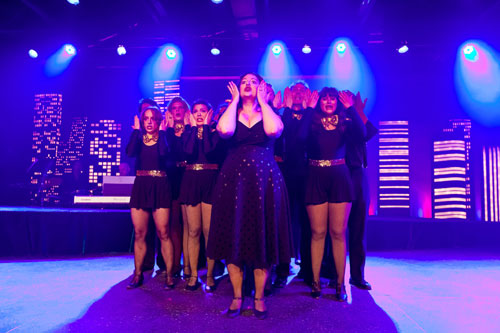 TC: People have told me that I’m not that old. I know. That’s actually in the show. In theater, age is more of an issue. Women over a certain age are delegated to play the evil step-mother.

A + C: How true, those ingenue years are brief.

TC: The theater police show up and take away my Ingenue card. I get kicked out of my own show.

A +C: Is this when the gorgeous Jessica Janes comes in to play you? I wish she could play me, too.

TC:  Yes, Ms. Janes plays me at one point. So many things about her are like me, especially her retro look. But she has her s***t together more than I ever did. Plus, she is hilarious.

But there are a couple of versions of me. All the girls are grappling for the part. We have two students from HSVPA every year, and one of them is playing the youngest version of me. I’m very excited about this program with HSPVA. I have four students in the running crew as well, which is awesome and great for us. I went to HSPVA, so it’s great to have all these generations working together, and have this injection of youth.

A + C: It must be terrific to find new versions of yourself.

TC: It’s so fun to think about who would make a good me! But in all my shows, I make fun of everything, including myself. You can’t name a show after your self and not do that.

A + C: How best to describe the body of work known as “Tamalalia” and the subsequent works that came after you retired the Tamalalia series?

TC: They are all kinds of “Tamalalias.” I would say that the persona that I inhabit on stage is the through line. The production values have changed drastically. The level of musical talent, composition and complexity is much greater than in the early years. The show is a lot tighter. I can say that about everything Jason (Nodler) and I have done as Catastrophic Theatre.

A + C: Tell me about your first show.

TC: It was a fashion show mixed with dance. Then, I cooked a pasta dinner for the entire audience. It was 1996, and I was 25.

A + C: Well, you have come a long way. What’s changed in the creative process?

TC: Well in 1996, we didn’t have a script. Now, we definitely have a book and a wonderful composer.  I come in with my choreography diagrams, but there’s always room for input and play.

A + C: Sometimes, I just think about Walt Zipprian in his Ann Coulter wig and crack up. Or, gay marriage being last year’s Fifth Horseman of the Apocalypse. Do you have a favorite moment?

TC: Many. I think my piece “food love” with Kyle (Sturdivant) in 20 Love Songs is seven minutes of perfect theater. I need to find a way to bring that back.

A + C: What makes a Tamarie Cooper show completely unique?

TC: One of the things I love about my shows is that we are not like one of those glossy touring shows where everyone is pretty and thin and all the same. We are a motley, diverse crew, which makes it more like reality. Imagine a big, funny-looking guy sweating in your face while tap dancing. I love that.

A + C: How do you pace yourself for a six week run?

TC: At this point, it’s a well-oiled machine. The day we start though, I have this panic: It’s like when you get on a roller coaster and the bar has gone down. Once the ride gets going, it’s a lot of fun. That first week of rehearsal  is so joyous; there is so much laughter.