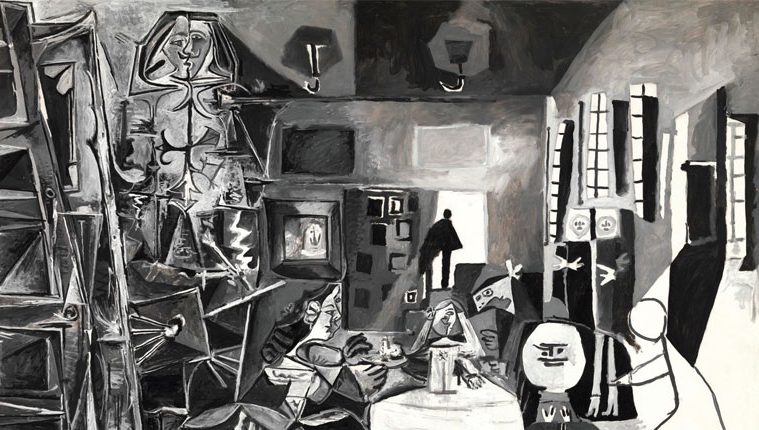 Gary Tinterow in His Own Words

As Gary Tinterow heads into his second year at the helm of the Museum of Fine Arts, Houston, we’re starting to feel the impact of his arrival. The MFAH is the only U.S. stop for the sweeping Portrait of Spain: Masterpieces from the Prado (on view through March 31) and the only non-New York venue to present the Guggenheim Museum’s acclaimed Picasso Black and White (opening February 24). The former Metropolitan Museum of Art curator recently spoke with A+C visual arts editor Devon Britt-Darby about some of his ambitions for the MFAH and the city it serves.

On Houston and arts tourism:

We’re not yet as active a tourist destination and cultural destination as I feel that we could be. I feel that we already have the infrastructure, we’ve got the museums, we have the opera, we have the ballet company, we have the symphony, Theater Under the Stars, the Alley – we have it all. But the one thing that we lack here is tourism to a greater extent, which as a rising tide would float all of the boats, because all of our cultural organizations here have additional capacity to take in more people for each of their programs. Whether it’s a performance at the Alley or at the symphony, one can often get a ticket at the last minute.

That’s the great thing about Houston, but it’s also a problem about Houston, because all of our companies – performing and visual arts – could use more audience and could use more revenue. And so in terms of my sort of big-picture agenda for the museum, it is to highlight Houston as a cultural destination … and that in our new campus that we will have the infrastructure and amenities to make this a great destination.

You will get here however you get to Houston, and you’ll drive to the Museum District, or you’ll take the light rail. You’ll park your car, and we’ll have many food options for you. You can spend the day, and you can have inexpensive dining, or you can have more elegant dining. You can take in an exhibition; you can visit the permanent collection. Nine months of the year you can eat in our sculpture garden because the weather is so great.

So that’s first and foremost what is in my mind as I think about the new building. How can we provide the infrastructure to make us the central destination, the hub for all things cultural, so that people will just look at their watches at 6:00 p.m. and say, well, let’s just go to the museum?  There’ll be something on most nights of the week.

We’re going to be mounting a series of exhibitions that are organized in concert by Alison Greene, Mari Carmen Ramírez, Cindi Strauss and Anne Tucker, whereby all the media and disciplines are mixed. We’re looking at (subjects such as) art in New York in 1958, or the circle, or the color white, or the color black. So we’re looking for chronological areas where we’re rich. We’re looking for geographical areas where we have schools or groups or artists who are working together or against one another and there’s an interesting story to tell. We’re looking at physical properties, media and other motifs to see how many different ways we can slice and dice a story of modern art.

I’m the one that programmed (the 2009 John Baldessari retrospective) for New York. No one else took it. The Whitney didn’t take it. MoMA didn’t take it. And I was happy to take it. But I do think that if MoMA had taken Baldessari, there would have been twice as many visitors than I had at the Met – and in the same city. So it is about context, and there are different audiences for MoMA and the Met, and there’s a very small segment that does both. But it’s 20,000 people or something. It’s not 100,000 that do both.

I could see a Baldessari exhibition here, but I don’t think that it would be hugely popular. But if we could make the financing work – if we could get a sponsor and keep the exhibition inexpensive enough that it just didn’t break the bank, then yeah, we could do something like that.

I’ve organized or been part of four exhibitions at the Met that have had major Matisse components, and let me tell you, those are really tough shows to pull off, because Matisse owners don’t like to lend. It’s just really hard to get those loans.

So (the Art Institute of) Chicago and MoMA had to really pull teeth to get all the works together (for the 2010 exhibit Matisse: Radical Invention, 1913-1917), and there were a lot of lend-backs involved. Those were very complicated maneuvers to perform. Whether we would have the resources to pull that off in terms of being able to command those loans, I don’t know.

But we could do – and why shouldn’t we do? – a great Matisse portrait show using our Olga Merson (1911) as a calling card, because that’s what you need to do a show. You have to have a world expert on your staff, or you have to have a bloc – a nuclear armament of works – and that’s why our photography exhibitions are so strong. Because we’ve got great curators and a great collection, we basically can do anything we want in the photography world, because people will say, yeah, just tell me when. But we can’t do that in all fields.

On New York versus Houston:

There really isn’t much point comparing Houston’s contemporary art scene to New York’s. New York has the Met, MoMA, the Guggenheim, the Whitney, P.S.1, Dia and the New Museum programming contemporary. That has to have an impact on collectors’ taste. Then New York has 350 galleries showing contemporary art – another big factor that Houston doesn’t have. Add all the artists and writers, and you have a rich primordial soup to generate lots of collections.

At the Met I always thought I was reaching these vast numbers of people because I would have these exhibitions with 500,000 or 600,000 or 800,000 visitors. Were they always having great experiences? Not necessarily. They could tell their friends they saw that show and have an opinion on it. Here, we won’t ever obtain those same numbers, but I think I can probably obtain better results in terms of the experiences. So I’m recalibrating my own expectations to look at different metrics so that I can still be satisfied that I’m effective in my role.