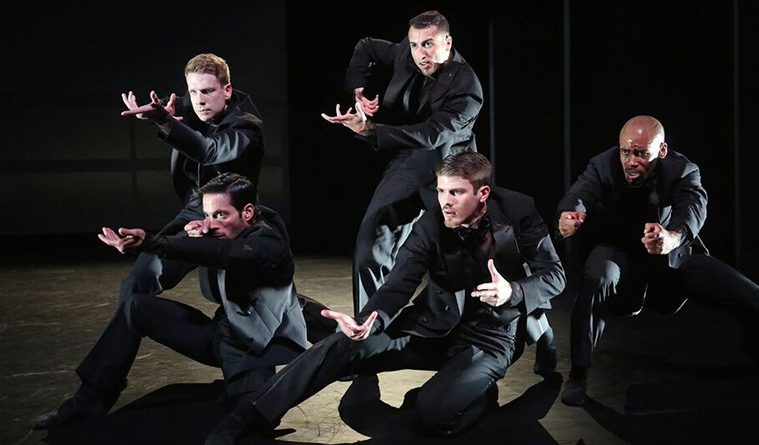 Members of BalletX (Philadelphia) in Beasts by Nicolo Fonte.
Photo by Bill Hebert. 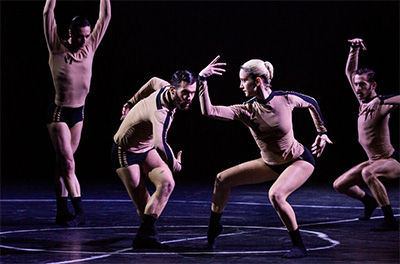 The Dance Salad Festival rolls into Houston, March 25-27 at Wortham Center with a stellar lineup of national and international dance artists. A + C editor Nancy Wozny visited with founder and artistic director Nancy Henderek on what’s new and returning to the festival.

How do you think about balancing artists who are new to us versus returning artists?

I like to balance the production between more serious works and those that are lighter and filled with joy. I also like to bring back some pieces that I want to see again and mix them in the program with new works. This year we are bringing Por Ti, a beautiful pas de deux by Spanish choreographer Lois Martin Oya with heartwarming Spanish music danced by National Ballet of Canada principal dancers, Sonia Rodriguez and Piotr Stanczyk. I’ve also invited Christian Spuck’s comedic Le Grand Pas de Deux, exquisitely danced by Stuttgart Ballet’s principal dancers, Alicia Amatrian and Jason Reilly, which demands great technical expertise and comic flare.

Also we’ll have the breathtaking pas de deux, Faun, by our continuously-returning, almost-considered-resident choreographer for DSF, Sidi Larbi Cherkaoui. This version will be danced by the Royal Ballet of Flanders’ Virginia Hendriksen, a Houston native, and Houston Ballet Academy graduate, and her husband, Yevgeny Kolesnyk, who danced in Christian Spuck’s The Return of Ulysses in DSF 2010. 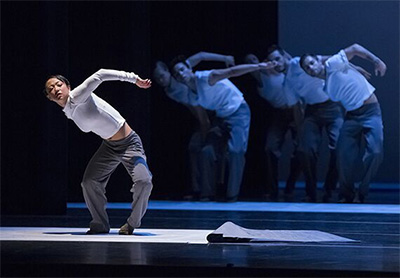 Are there always a few new faces each year?

Yes. This year we will have the US debut of Gartner Platz Theater from Munich, Germany This company will be performing two different works: Made in Love, choreographed by Marguerite Donlon, with spirited Irish music, and Versus Standard, by Jacopo Godani, who is now the director of the Forsythe company in Germany. We’ll also present the Houston debuts of BalletX from Philadelphia and NW Dance Project from Portland, Oregon.

How did you meet Godani and what makes his ballet Versus Standard distinct?

I knew Jacopo when he was a young choreographer doing his first work on Göteborg Opera Ballet in Sweden. We presented a curated section of his Digital Secrets in 2002. His movement is very physically charged and demanding, and dancers love doing his work. With Versus Standard, our audience will see a great contemporary ballet. 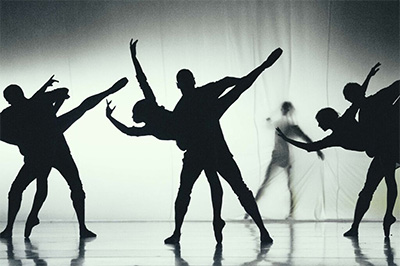 BalletX is a model of a nimble company, and it’s had such national visibility, with consistent raves in the New York Times. They will be dancing Beasts by Nicolo Fonte, whose work we saw at Houston Ballet a few years back.

You also saw Nicolo’s work first at DSF 2006, with a curation of his Tchaikovsky Suites danced by Göteborg’s Opera Ballet. I have been watching BalletX for nine years. Since we have already presented Nicolo’s work, I wanted to see how BalletX translated his dance aesthetic. This year I saw Nicolo’s full evening creation, Beasts, in Philadelphia. I loved it and immediately invited two curated dramatic sections to be seen in this year’s festival.

Royal Ballet of Flanders will be performing two of Sidi Larbi Cherkaoui’s works. I am not sure it would seem like Dance Salad without Cherkaoui’s work. Talk about your ongoing relationship with him and his work. 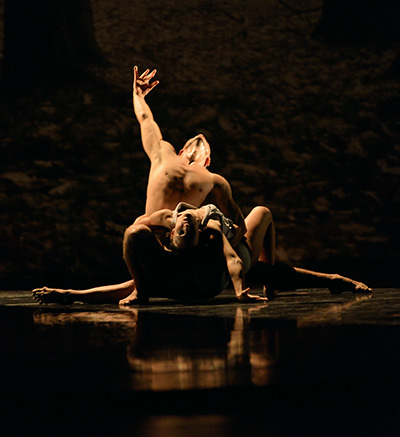 More than any other presenter, DSF has become the repository of Cherkaoui’s special work in the USA. My relationship with Larbi is such that he is always open to a new way of seeing his own work in a creatively-curated format. He likes the challenge of making new work from his previously-created works. Last year, we saw a new work that he put together from three different full-length pieces. He was thrilled at my suggestion to invite the Royal Ballet of Flanders, the ballet rep company newly under his direction, to do his first ballet piece. Of course, this is a curation of the work that I saw on opening night in Belgium last fall. In addition to the Royal Ballet of Flanders, Larbi is still the Artistic Director of his own contemporary dance company, Eastman. Both companies are located in Antwerp, making it a little easier for him to travel back and forth.

What brought NW Dance Project to your attention?

I saw their piece Yidam in the Joyce Theater. It was such a dynamic piece that I wanted Houston dance lovers to be able to see it.