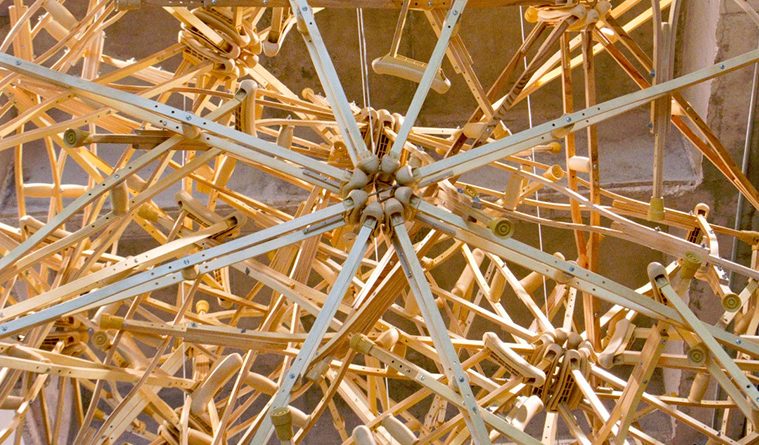 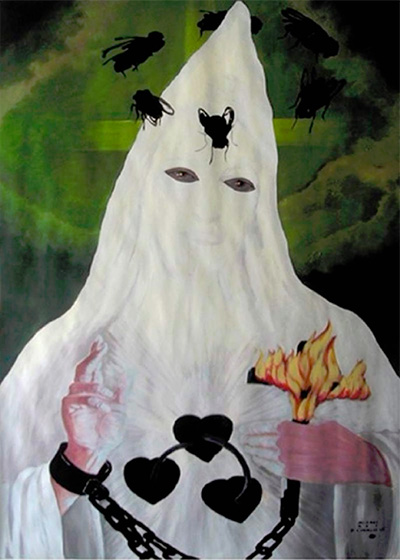 “I believe in paring things down to the basic common denominator. I came up with the word simplexity because the most complex things are also the simplest,” says artist Michael Ray Charles.

Charles is an internationally renowned artist and considered one of the most accomplished and prestigious graduates from the University of Houston (U.H.) School of Art.  He has exhibited in a number of solo and group exhibitions in the city, including Moody Gallery. Charles calls its owner, Betty Moody, “a jewel”; she offered him an exhibition while he was still in graduate school. He has also had a solo exhibition at The Blaffer Art Museum and participated in the group exhibit, Splat! Boom! Pow! at theContemporary Arts Museum of Houston among others.

Many aspects of Charles’ work navigate historical and commercial symbols and representations of racial stereotypes in American society. Some of that work has sparked critical dialogue regarding what types of imagery from the past, reintroduced into the fine art environment, are considered thought provoking and which simply perpetuate cruel markers and signs of US history. His artwork has raised many questions regarding the western hegemonic gaze and how identity—focusing on ethnicity and advertising—manifests itself politically in the visual arts.

Arriving in Texas 25 years ago, Charles attended U.H. for his terminal Master of Fine Arts (MFA) degree. Since then he has spent 22 years teaching in the art department at the University of Texas (U.T.), Austin where he is considered to be the youngest person, at 38, to be made full professor. In 2014, however, he returned to Houston, for his appointment as the Hugh Roy and Lillie Cranz Cullen Distinguished Professor of Painting in the School of Art at U.H. Charles teaches and moderates the painting M.F.A. and bachelor of fine arts (B.F.A.) programs at U.H.

A+C contributor Divya Murthy sat down with Charles to talk about his views on higher education for artists, his own career and what brings him back to Houston.

There is much debate in the arts community about the necessity for artists to complete M.F.A. programs. As a professor in these types of departments, what do you think?

I think M.F.A.s are valid for many reasons. I think there are ways in which you learn about your area of study, both directly and indirectly, and…if you are around folks who are engaged in critical discourse around certain issues, certain ideas about the practice in the fields past, present, and the possibility of the future, it’s a more advantageous position to be in, as opposed to producing work in obscurity. I do feel an M.F.A. program is important. Now, do I agree with the current configuration of it? No. I think it has lots of problems. Do I feel you need an M.F.A. to be a practicing professional artist? No, I don’t, but every culture has systems of value and ways in which value is created and steps and layers that one must accomplish to achieve a sense of value, and an MFA is one of those things. 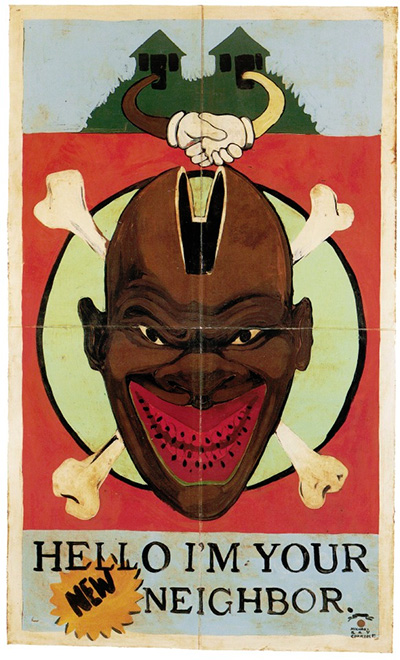 What ideas do you have for M.F.A. programs and what they could be?

I know you feel students and artists should be able to also decide whether what they have read is useful to their own work or not. Do you apply reading theory into your own practice? Are there any things you recommend?

Representations of the Intellectual: The 1993 Reith Lectures by post-colonial theorist Edward Said; The Coming of Post-Industrial Society: A Venture in Social Forecasting by sociologist Daniel Bell; and literary works by art historian Kobena Mercer.

What compelled you to come to Houston and U.H.?

I’ve enjoyed all the opportunities and experiences given to me during my time at U.T. and personally, I needed something different in my life.

Was it time to take on new challenges and possibilities? Did you crave a change in structural practices?

At the University of Houston, there was an opportunity to do several things. One: to provide a different context for assistance. Two: to help the institution move forward in its efforts to achieve and maintain tier 1 status. U.H. gave me opportunities at a young age, when I felt that I didn’t have too many.

Did you have a connection with Houston?

One of my early supporters at U.H. was the late professor, David Hickman, who looked at one slide of mine and encouraged me to join the M.F.A. program. Outside of graduate school, I found friends in Rick Lowe of Project Row Houses and Michelle Barnes of the Community Artist Collective, which was a safe haven during the grad school years in Houston.

Would you like to see more collaboration with arts communities in Texas and more opportunities for artists in rural areas?

There need to be better systems in place, which are supportive of individual and collective objectives. Artists in rural communities have access to computers and technologies, but it doesn’t necessarily mean they have access to other kinds of ways in which we engage the art world. 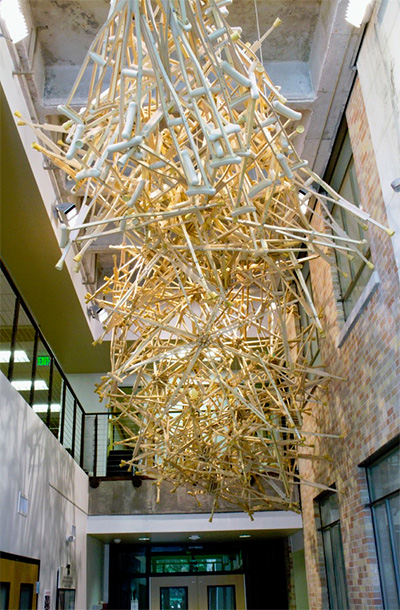 You are still fresh to Houston and settling in. Are you looking forward to developing a relationship with the fourth largest city in America?

I think there are a lot of good artists here in Houston and they create a network of relationships that are nurtured and celebrated; and people have found their niches. I believe Texas and Houston are poised for tremendous artistic growth and attention in the future. New York City is not the sole standard to measure art communities by. Let’s face it. Being an artist does not mean you have to be jet setting around the world or it doesn’t mean you have to be selling work in a gallery. It simply means you choose to express yourself in a certain way.