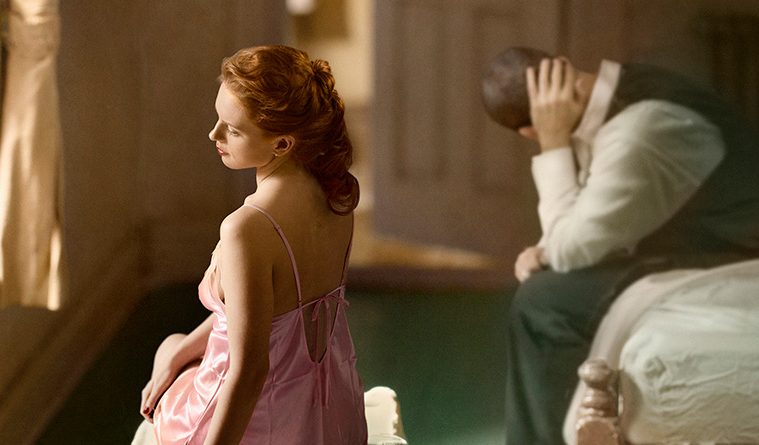 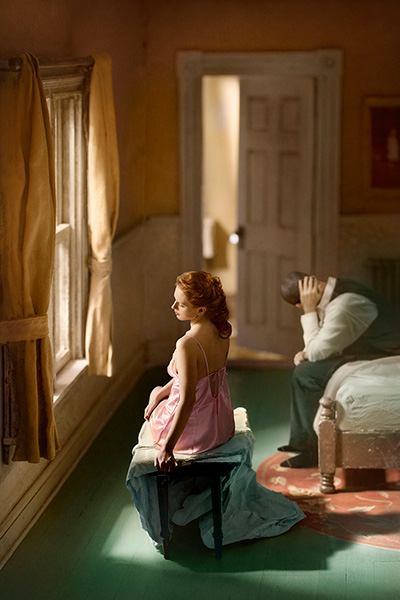 It’s hard not to think of Richard Tuschman’s Hopper Meditations in light of the #MeToo moment. The show, on view at Houston’s Anya Tish Gallery through March 31, features photographs of women in various states of undress who appear confined, bored, tired, unimpressed, in various tight domestic or hotel spaces. They take their mood from Edward Hopper’s paintings of women in the 1930s and 1940s.

For Tuschman, as for Hopper, female figures become the ciphers for a range of psychological states, especially loneliness, melancholy, and resignation. In both artists’ scenes, the action seems to have just taken place, and we voyeuristically see the anticlimactic aftermath. For Hopper, these moments coincided with his interest in urban disaffection. The modern industrial city was a relatively new phenomenon, and women often symbolized a feeling of isolation in his paintings.

But what do we make of this kind of image now, in 2018, when urban alienation is the norm, and (among other bleak news) our feeds are filled with testimonials from women about systematic abuses? Indeed, most of the women I know aren’t interested in being ciphers to describe aloneness.

Tuschman started as a painter, and these photographs are some of the most painterly I’ve seen. Certainly his process reflects his background in another medium: He constructs tiny architectural sets that he carefully photographs before digitally overlaying the figures, from studio photographs of actors and actresses with whom he works.

In Tuschman’s photographs, natural light filters through windows, landing on or around the women, heightening the tactility of their skin. The details of the surrounding space blur into gentle suggestions of shapes. The result is a dreamy otherworldliness, or perhaps “othertimeliness” might be the way to describe the effect, rooted as it is in an imagined past.

In many of the photographs, a second or third figure—either a man or a child—is in the background, often slightly out of focus, face turned away. None of the images show two women together; these are not spaces of sisterhood, of sorority. Instead, these are all the beautiful white women of an urban domestic fantasy. Indeed, Tuschman reflects a glamorous loneliness that resonates differently now than when Hopper was painting. That’s not to say they’re not beautiful—the lush interiors and richly evocative silks in his photographs combine with the sensual heaviness of cigarette smoke and suggestive gazes. This is what we love about classic Hollywood, isn’t it, this kind of enticing glamor to a rich, post-coital ennui? But, in 2018, images like this take on a kind of sinister familiarity as Hollywood’s darker corners come into the light. It is jarring to see the ’30s or ’40s reflected uncritically in these scenes, now.

In fact, what is actually sexy about these photographs is the glimmer of the future that shows through their cracks. Those tiny domestic sets that encompass and enclose and constrict the female figures within them are being chipped away, and we see—well, we ought to see—many unspoken things: hairline cracks in the facade, the constructedness of each scene, the missing parts of the picture, other kinds of experiences, and the kinds of labor and quiet violences that undergird such late-morning, mid-afternoon indolence.

In a statement for LensCulture about this series, Tuschman writes, “I would like the lighting to act as almost another character, not only illuminating the form of the figures, but also echoing and evoking their inner lives.” As women keep coming forward, keep chipping away at those seemingly perfect surfaces, I wonder if Tuschman sees it coming, this other kind of beautiful light, pouring through the cracks.