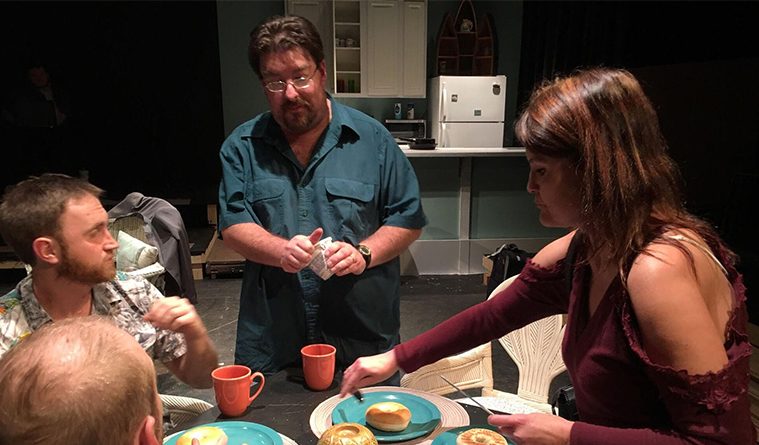 Houston’s Landing Company finds a home at the Docks 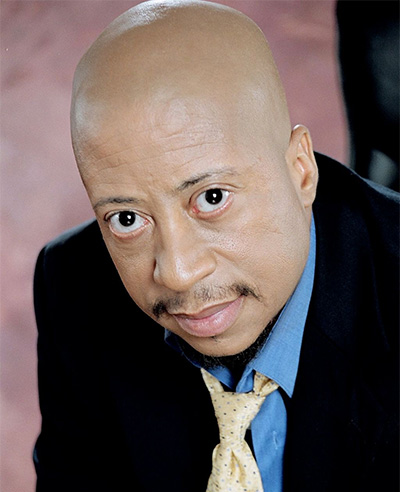 Literature 101 lessons that setting can influence character, just as in real life the environmental factors and the space we inhabit, play an important role in our development. But does this rule for the drama writers create also apply to the art organizations that present that drama? To test this artistic nurture theory I looked to one Houston theater company as a test case, the Landing Theatre Company.   Like its hometown, the Landing Theatre was born on the banks of Buffalo Bayou and its meandering, ebbing and flowing evolution has turned the company into an eclectic, yet distinctly American theatrical entity.

The Landing Theatre began as an ambitious idea from actor David Rainey, an accomplished and familiar face in Houston’s theater community and long-time Alley Theatre resident company member. While teaching at the University of Houston-Downtown, Rainey wanted to create a summer theater company attached to the school that would bring in guests artists while allowing students to participate in productions. After receiving the support of the then UHD theater department head, Dr. Thomas Lyttle, The Landing Theatre launched in the summer of 2010.

The name reflects the company’s downtown Houston and bayou origins as it references Allen’s Landing, where Houston founding fathers, the Allen brothers, first settled, but Rainey wanted the name to go beyond a direct historical allusion.

“We nearly called it Allen’s Landing, but it was a little too specific,” he explained. “Landing is a word that means more than just that place. A landing is a dock, a port, a launching off place, a place where audiences can be set on voyages.”

From the very first performance, Tennessee Williams’s The Glass Menagerie, to its current season lineup of contemporary works, like Jesus Hopped The ‘A’ Train by Stephen Adly Guirgis and the world premiere of emerging playwright Steven Strafford’s Small Jokes About Monsters (through Feb.18), The Landing distinguished itself from other theaters in town with its focus on American playwriting. 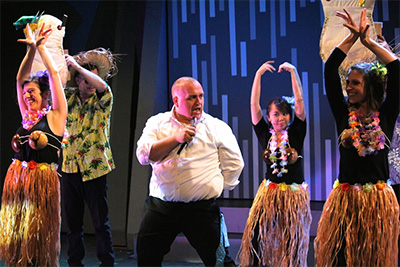 “We started shaping the message more towards American playwriting, which people do have an opinion about,” said Rainey of those first few summer productions, Menagerie and then Mamet’s American Buffalo.

“Through time, we developed a clearer idea about the kind of work that we do and why we’re important as a company that focuses on American playwriting. There are times when all the great plays were coming out of Ireland or England and times when all the great plays are coming out of America. It’s important that we protect our heritage and grow our national artistic psyche, to try to cultivate playwriting here in this country.”

One way the company began that cultivating mission while still on the UHD campus was with the creation in 2012 of their annual New American Voices Play Reading Series, which gave budding and rising playwrights the chance to have their work heard in front of an audience. Rainey recounts that the series is now so known throughout the U.S that they receive over 400 submissions each year.

“I’ve never thought of the Landing as being only local,” said Rainey. “From day one, we’ve always tried to have an imprint on the national theater scene. We’ve done that through the New American Voices Play Series. You go to any major city in the country and mention The Landing and people will have heard of us, and they’ll perk up. We’ve actually become more known in other cities than we have in Houston.”

After four years at UHD, with one production a summer and the annual reading series, the company and university separated amicably, and the Landing cast off for new theatrical shores. In a new space, they hoped to expand their season, with the only restriction then being when and where they could find production space. For several years the company made ports of call in other tradition and unusual spaces, like Frenetic Theater, Obsidian Theater and the The Alley Kat Bar, all the while searching for a permanent home of their own. 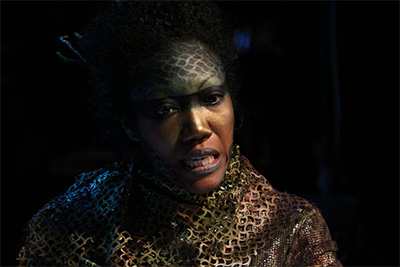 In late 2015, when the Midtown Arts and Theater Center Houston (MATCH) opened and sent various performing arts companies into a space-switching dance, Landing found its home harbor. Catastrophic Theatre left its old performance space at the warehouse building in north downtown Houston and Landing slipped into the Docks. The company could not have found a more symbolic setting–within a few blocks of the UHD campus and less than half a mile from Allen’s Landing–if a playwright had written it.

Finding a theater of their own allowed the company to expand its seasons. They went from one play a summer, to a few productions a year when they were roaming, to six productions their first full season at the Docks. The new space gave them the time, room and ability to balance their yearly lineups, including at least one American classic, some regional premieres of contemporary American plays and even a world premiere, like Monsters, which was given a full production in February, 2017 after being selected for the 2016 New American Voices.

But producing in this new setting also brought more financial challenges. “Once we got our space, we suddenly got forced into this idea that we now had to do seven or eight plays. We just were not prepared,” explained Rainey, going on to describe that be-careful-what-you-wish-for pang many theater companies soon feel as the sole occupant of a theater. “You get the space and as soon as you open the doors, suddenly you realize you’ve got to start producing constantly or else you’re going to go under.”

Yet, once again, the Landing changed and adapted to its space and circumstance, as Rainey made the decision to invite another company to share the theater. Cone Man Running Productions had done some shows at the Docks when the company’s co-founder, Christine Weems, mentioned to Rainey that they were now looking for their own theater.

“When she said that they were going to get another space, my heart nearly sank because we don’t need anymore spaces in Houston. That’s what’s killing all the small companies.” 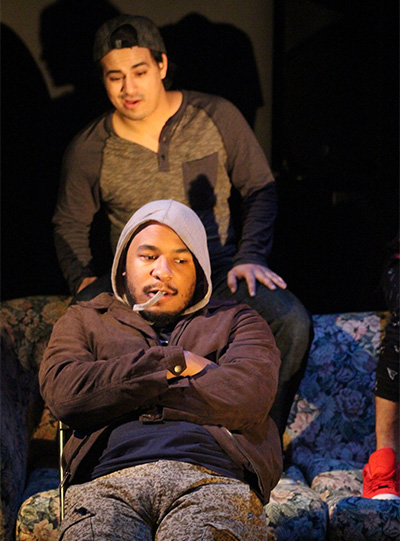 Giovanni Sandoval and Anthony August in Idris Goodwin and Kevin Coval’s This is Modern Art. Photo by Latrelle Allen.

For Rainey, whose Landing journey from UHD to temporary space hopping to a permanent theater, had left him much wiser on what it takes to run a company, the solution was to keep their home but to find a partner, and so he suggested to Weems that they too moor at the Docks.

“It all made sense because they save a tremendous amount of money by not having to get a new space of their own, and this space is one that they know and like.”

The two companies will remain separate entities but now both will adapt to sharing a theater, and perhaps that’s just one more adaptation to stimulate their growth and development.

“We take a lot of risks at the Landing.,” says Rainey. “I don’t worry so much about all the times we fall down. Most of the time it’s not a great fall, but you’ve got to take risks in order to be able to land on something.”