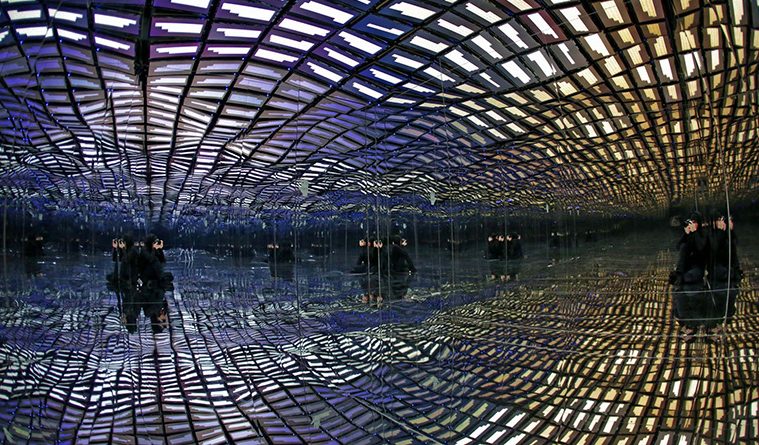 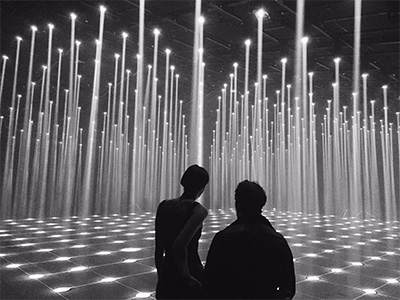 Cocolab
Photo courtesy of the artists.

Day for Night, the music and art festival now entering its third year, has caused waves in the festival scene for its ability to mesh together art and music into an immersive experience.   DFN takes place Dec. 15-17 at the historic Barbara Jordan Post Office building on Franklin Street.

If you’ve been to the event in the past two years, you’ve undoubtedly noticed that every aspect of DFN is mapped out with close attention to detail and with the intention of creating audience engagement at all times. Whether you felt as though the festival was reaching out to you on a personal level or craftily attempting to keep you calm and subdued, you cannot ignore its success.

The installations at Day for Night are massive spectacles that flow between entrancing the audience and causing them to try again and again to capture the experience through their phones. Curated by Alex Czetwertynski, the installations litter the campus, growing year by year and always drawing an audience of their own—some waiting for a band to hit a nearby stage, others opening themselves up to the experience regardless of what goes on around them. Czetwertynski’s focus, for the festival and as a curator in general, is on digital art, a field that he feels needs and deserves more representation. 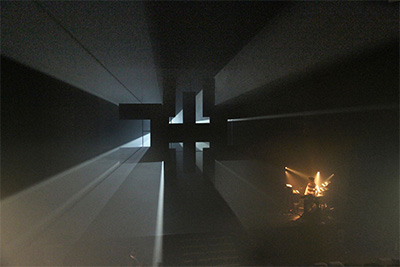 “[Digital art] struggles in the art world, typically because the core medium is technology,” he stated in an interview.

In the past two years, he’s brought artists to Houston from across the world, and this year’s line-up continues to showcase digital art with artists like Ryoji Ikeda and James Clar. This year, though, Czetwertynski also brought in local artist Lina Dib, who creates whimsical, ephemeral installations that are tech-driven yet earthy.

“Digital art really needs a better understanding from its audience, and the festival is a great opportunity for the artists to work at a larger scale and expose an interesting cross-section of the world to what they do,”  he says. 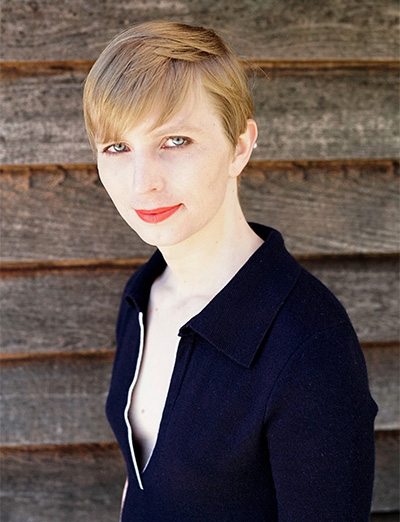 Chelsea Manning speaks as part of Day For Night’s Art Summit on Friday, Dec. 15. Photo courtesy of the artist.

Speaking to this cross-section as well, Kiffer Keegan, creative director of Day for Night, said the festival is the perfect Petri dish because music and art are starting to meld. “You can see this in the level of production that goes into concerts. Look at what performers do at their live shows, the amount of theater on display,” Keegan cited. “Day for Night builds on this trend by highlighting the artists in their own spaces and integrating them into performance spaces.”

The 2017 edition of Day for Night ups this trend by taking the art a step further. Over the past two years, the installations are set in the venue and left for festivalgoers to visit. For their third edition, DFN is collaborating with Karen Farber and the Cynthia Woods Mitchell Center for the Arts at the University of Houston, organizers of Houston’s CounterCurrent Festival, to host an Art Summit on Dec. 15, taking the place of the VIP preview of yesteryear.

When asked about the impetus for the summit, Farber stated that it is a continuation of the original vision that started Day for Night. “They’re attempting to create a different kind of festival,” she said. “Drawing in more from the art side of things really helps to evolve the hybrid that they’ve already created.” The Art Summit that Farber and the Center are organizing feeds into and off of the DFN spirit that explores the intersections of art, activism, and technology; it provides a platform to those who have had them taken away or have had to fight tooth and nail to be heard. 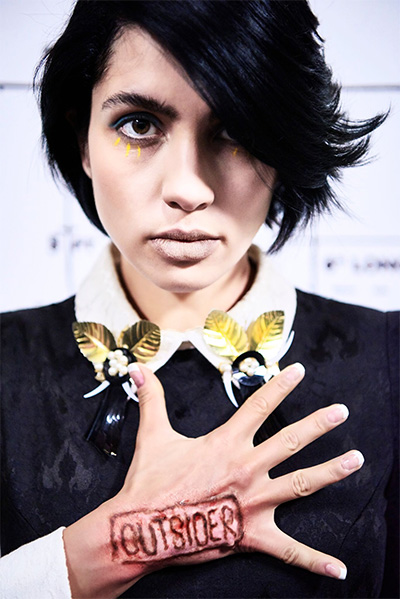 Nadya of Pussy Riot performs as part of Day For Night’s Art Summit on Friday, Dec. 15. Photo courtesy of the artist.

One of the biggest and possibly more controversial names on the lineup is Chelsea Manning, whose Harvard fellowship was rescinded earlier this year. “I can’t think of anyone who knows more than she does about technology and how it’s going to change our culture,” Farber added. Once imprisoned for leaking government documents, Manning now works as a technologist and network security expert in addition to advocating for LGBTQ rights and government transparency.

Although not typically associated with the art world, Manning will find herself in good company as she shares the spotlight with artists and activists like artist and experimental musician Laurie Anderson and Russian conceptual artist and political activist Nadya Tolokonnikova of Pussy Riot. The summit will host conversations and presentations between them and others, people performing at the festival or wanting to be part of it, as well as hold performances exclusive to the summit, including a performance piece by Solange. 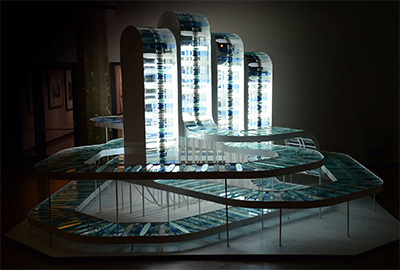 “In bringing all these people together, to share their thoughts with each other and the audience and to put their innovative practices on display,” Farber said, “we hope to reveal the role that the next generation will play in shaping our world.” Czetwertynski shares Farber’s vision and echoed similar thoughts as he discussed digital art, the installations at the festival, and what he hopes people will take away from the experience.

“I feel drawn to digital art as a form because it speaks to where we are as a global community and explores how we engage technology,” he stated, “which in turn will determine the kind of future that we build.”