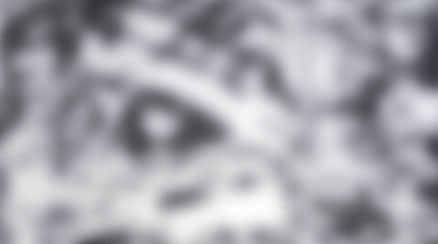 Abstract painting has been a significant part of the art world for a century, but the past few years have witnessed a marked resurgence of exhibitions that consider the history and current state of abstraction. To name just a few, these include: Inventing Abstraction, 1910-1925 at the Museum of Modern Art, New York; Chicago Conceptual Abstraction at the MCA, Chicago; Painter Painter, a survey exploring developments in abstract painting at the Walker Art Center, Minnesota; and in Houston, shows such as The Abstract Impulse at the MFAH and the upcoming Outside the Lines at the CAMH, which will consider the present and future of abstract painting. Questioning why this trend is taking place now and what it might mean is a topic for a longer article, but what the concurrence of these exhibitions reinforce is that the language of abstraction in painting is complex and ever-changing, as rich and fluid as the medium of paint itself.

Several recent gallery shows also highlight artists whose work is non-representational. This includes Fantasy Island at Texas Gallery, which features work by Jeremy DePrez and Jeff Elrod. (Disclosure: I included DePrez’s work in a group show I curated last fall.) Both presenting new canvases and working on a large scale – the smallest painting in the exhibition is 6 feet tall – the two artists’ paintings are hung alternating around the gallery space. Despite the unvarying nature of the installation, it is clear who painted what.

Like the earlier work for which he is known, Elrod presents graffiti-like gestures and all-over surfaces of blurred, pixelated patterns that derive from drawings he made on a computer. In Worn Copy, the doodle-y lines, frenetically spray painted figure-eights, and hazy patches of color are rendered and manipulated digitally. While Elrod’s computer-generated compositions seem effortless, they are then enlarged and painstakingly transferred to canvas by hand, resulting in paintings that are alluring in their depth and complexity. In Village HD, for example, Elrod uses acrylic, enamel, and tape to transcribe the digital original. Close looking reveals his consideration of the medium and method of painting in this nuanced work, which strikes a balance between dynamism and restraint.

However, Elrod departs from this process in the other work on view. Instead of hand-painting his digital drawings, for pieces like Echo Painting (b/w) and Fantasy Island he utilizes high-resolution printers to do the work for him. Unfortunately, this change means he sacrifices the fundamental tension that results from his combination of analog and digital techniques: drawings made using computer programs such as MacPaint or Photoshop that to a degree are based on the traditional methods of painting (for instance, the ability in Photoshop to use the “paintbrush” tool and select different brushes and textures), coupled with the labor-intensive reproduction of his digital images by hand. While the material and technical difference between the printed Fantasy Island and the painted Village HD may be impossible to distinguish when comparing the two on a computer screen, in person the formal and theoretical layering that enlivens work like Village HD literally falls flat in Fantasy Island’s digital-to-digital translation.

DePrez’s work, which is made with acrylic and oil on canvas, likewise involves enlargement and transference. However, his paintings are almost always based on miscellaneous objects and visual information that he gathers from everyday life: the accumulation of lint on an old comforter; random images seen online; or the geometric patterns on a package of sponges. Using straightforward colors and bold marks, DePrez deftly blurs the line between abstraction and representation in his work. Although the content is often ambiguous and difficult to discern, his paintings have a one-to-one relationship with figural source material.

Take Untitled (Milton) and Untitled (Harriet), for example. Untitled (Milton), an irregularly shaped canvas whose subtly contoured edges soften the intensity of the work, looks as though it has been charred – a burnt crust of thick black pigment mixed with wax sits alongside a strip of matte, coal-colored paint. Untitled (Harriet), whose stretcher DePrez has similarly carved, portrays speckled streamers of black, red, and blue. As abstract as these pictures are, the paintings precisely depict the texture and patterns of a mismatched pair of the artist’s socks.

Similarly, in his whirling, black-and-white painting Untitled, DePrez presents a 6-foot version of one of his compulsively drawn 6-inch sketches, replicating the smaller work as accurately as possible. Though these paintings appear non-representational, in essence they represent the artist himself. DePrez expresses this most literally in I, I, I, I, I, I, I, I. The largest piece in the show, measuring 9 ½-feet-tall, its stretcher is oddly shaped and unusually thick. This adds a palpable sense of weight to the work and emphasizes its physicality and presence in the gallery space. I, I, I, I, I, I, I, I is monumental, despite the fact that compositionally it’s the barest work in the show.

DePrez’s artistic practice is, like Elrod’s, rooted in mediated abstraction. But the tension that is lost in some of Elrod’s work abounds in DePrez’s. His paintings are at once playful and serious, expressive and restrained; in his hands seemingly incidental forms are confidently controlled. Nevertheless, neither artist’s works overpowers the other. Hung side by side, they engage in a dialogue with one another as they variously explore the means and meaning of abstract painting.

-KATIA ZAVISTOVSKI
Katia Zavistovski is a PhD candidate at Rice University and the William A. Camfield Curatorial Fellow at the Museum of Fine Arts, Houston.