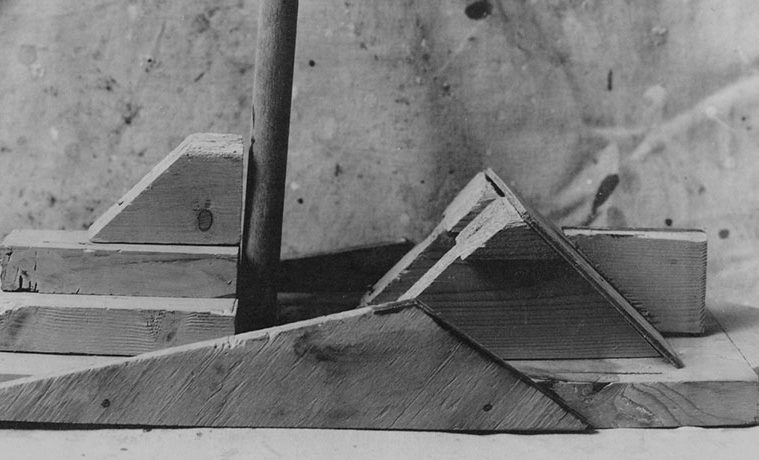 Kent Rush: Concrete Poetry and Other Poems in Gray

SAN ANTONIO—When the Chicago Sun-Times fired its entire photography department last May, it was a sign of something more than the ever-diminishing job security for newspaper employees. In addition to replacing staff photographers and photo editors with freelancers, the Sun-Times also charged reporters with producing their own photos and videos. Multi-platform journalism—a single reporter telling stories in words, photographs, and video for print, internet, or broadcast—is increasingly becoming the norm. Some journalists are up to the challenge; others, not so much.

This is reflected in social media’s mix of words and imagery. As camera phones have become hi-tech, everyone is taking pictures, flooding the internet with what could most charitably be called a democracy of jpegs. The art of photography is sinking under a tide of snapshots, and even the deciders at some major media outlets seem to have forgotten that it takes more than equipment to construct a striking image.

In contrast to that lamentable state of affairs, rare mastery in two mediums is in strong evidence at REM Gallery in an exhibit of recent photography and drawing by veteran San Antonio artist Kent Rush.

At first glance, it is easy to confuse the photos—collotype prints of 120 film taken with a Diana (a toy camera similar to a Holga)—with the works in graphite. The soft-focus, high-contrast images that result from the Diana’s cheap, plastic lens are echoed in effects found in Rush’s subtle drawings. 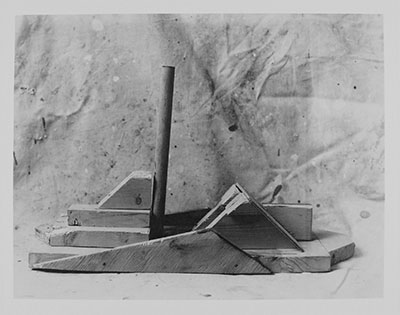 Formal concerns dominate the works, which depict objects such as blocks of wood or balls of string arranged as still-lifes, a single piece of asparagus, faintly described urban landscapes of concrete walls, and what might be fragments of interiors revealed only by shadows cast in corners—or perhaps not.

Mostly, the viewer is more comfortably drawn to the composition, not to the referent. Though a sense of place is almost overwhelmingly present throughout the works—which sometimes reveal distant telephone poles, but never, ever figures—this place is as intimate yet un-nameable as the high pitch of tinnitus that haunts the ears of the afflicted.

Which is not to say that the pieces are unpleasant. If one has a taste for the literally weird—the uncanny—and can tolerate that sense of loss that accompanies not being able to recall the name of a dear friend, they are quite nice. A lapse in memory may sometimes lead to the discovery of something atavistic, lurking in the past.

Through his use of soft focus, chiaroscuro, carefully constructed compositions, and his choice of printing in collotype—a mode of mechanical printing that uses gelatin rather than Benday dots to achieve half-tones—Rush’s works recall the techniques and effects used by the Pictorialists, who used all the above. So-called for an intention to elevate photography from what some detractors in its early days decried as soulless mechanical reproduction, Pictorialism was an international aesthetic movement current during the late 19th and early 20th centuries that modeled its efforts on emulating what many of its practitioners considered the strengths of painting. Well-known photographers associated with the movement include Alvin Langburn Coburn, Edward Steichen, and Sara Choate Sears; their work was featured in Alfred Steiglitz’s journal Camera Work.

Rush’s appropriation of these early photographers techniques and methods, however, underscores his idiosyncratic differences from them; his work is contemporary, yet out of time. The portrait (which he avoids) was a favorite mode for them, and when place was depicted, such as Steichen’s crowd scenes or Coburn’s pictures of cathedrals, it was presented as a knowable place. They used photography as a means of bringing the strange and distant into the viewer’s experience. Rush, on the other hand, reveals the strangeness in our own imagination.

Kent Rush: Concrete Poetry and Other Poems in Gray
REM Gallery
Through Feb. 25