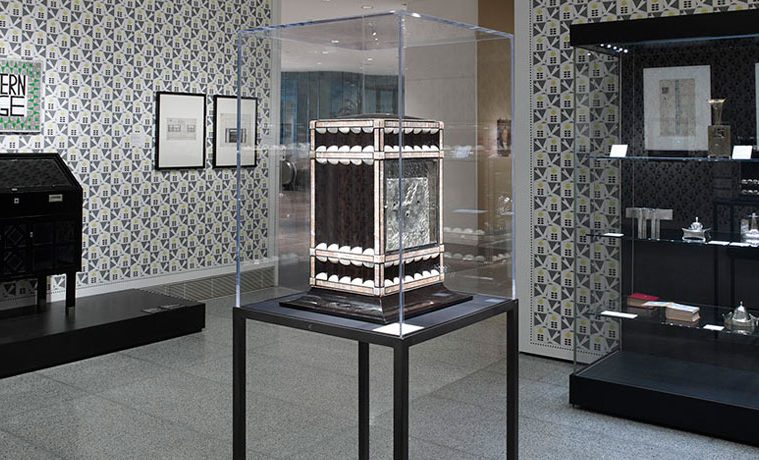 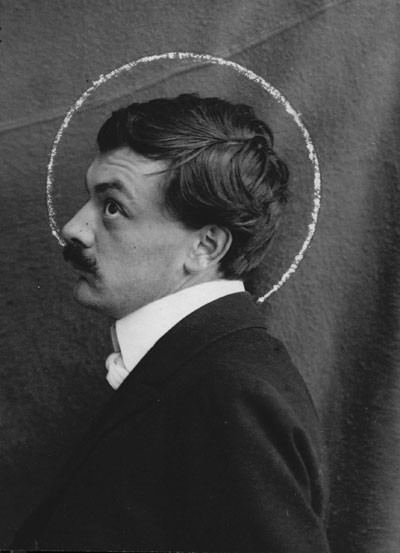 HOUSTON—One of the highlights of the Museum of Fine Arts, Houston’s fall season is a small but highly pleasurable traveling exhibition devoted to the work of Viennese design-guru, Koloman Moser (1868-1918), who was trained as a painter but worked extensively in graphics, ceramics, textiles, furniture, glassware, jewelry, and metal.  Although today perhaps not as well-known as the other Viennese creatives of his generation—painters Gustav Klimt and Oskar Kokoschka; architects Otto Wagner, Josef Olbrich, Josef Hoffmann and Adolf Loos; philosopher Ludwig Wittgenstein; and psychoanalyst Sigmund Freud—Moser was very successful in his own lifetime.  (He even designed Austro-Hungarian banknotes and stamps.)  This show, which originated in New York’s Neue Galerie, is the first US exhibition on his work, and it amply demonstrates of his range and output.

Part of Moser’s success is due to circumstance.  By the turn of the century, the emerging, mostly Jewish upper middle class of the Austro-Hungarian Empire, which was headquartered in Vienna, was becoming economically powerful.  A series of legal reforms in in the mid-1800s that lifted anti-Semitic restrictions on education, owning businesses, and property rights had finally allowed Jews to participate in the industrializing Austro-Hungarian economy.

The second generation of Jewish industrialist families to benefit from this progressive legislation was now clamoring for goods and products that could physically represent their new social position by drawing from the modernizing zeitgeist that was coalescing in Vienna as it quickly shed its provincialism in favor of a new cosmopolitanism.  That they wanted to compete aesthetically with their equivalent demographic groups in England, France, and Germany also played a significant role in this endeavor.

Moser, who was already teaching at the School of Applied Arts in Vienna, armed with a steady supply of talented student labor, one of whom was to become his wife, was ideally situated to take advantage of this trend.  As one of the founders of the Vienna Secession in 1897—a group of progressive painters, sculptors, and architects who resigned from the Association of Austrian Artists to protest its antipathy towards modernism—Moser was in aesthetic agreement with many of the influential members of the new upper middle class.  What’s more, in 1903, Moser and his colleague, architect Josef Hoffmann, founded Wiener Werkstätte, with backing from the industrialist Fritz Wärndorfer, a company that specialized in the production of luxury products specifically marketed towards the newly wealthy families of the empire.

By 1907, however, Moser was fed up with catering to the nouveau riche regardless of how progressive they were, and resigned his position in order to return to painting.  This exhibition focuses on the decade-long period in his career when he did so much more.

In examining the objects on display, I was struck by how modern yet alien they appeared perched on their stands and ensconced behind glass vitrines.  I felt as if I was at some museum of natural science touring an exhibit on the remains of an evolutionary branch that had somehow died out before it achieved the final, modern form by which we now know it.  In particular, I admired the slick, all-black bookcase and the blue-and-white kitchen sideboard for the Berlin apartment of Margaret Stonborough-Wittgenstein (both 1905).

Somewhat like Neanderthals, so close yet so far from homo sapiens, this sumptuous work produced in Vienna is paradoxical.  It demonstrates its modernism by virtue of its planar, geometric, and non-historical decorative motifs.  Yet like the backwards-looking work it emphatically rejects, it too is handmade by craft persons working with traditional methods.  The differences between the two are only skin deep in the end. And as Moser’s colleague, Adolf Loos, would soon argue in his famous essay, Ornament and Crime (1910): “Cultural evolution is equivalent to the removal of ornament from articles in daily use.”  Moser’s efforts to create a new modern style of decoration were ultimately insignificant in the face of the more pressing need to create a fundamentally modern man, who “concentrates his powers of invention on other things.”