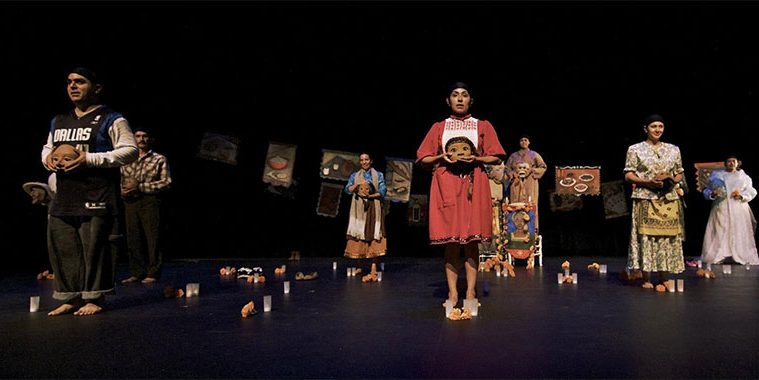 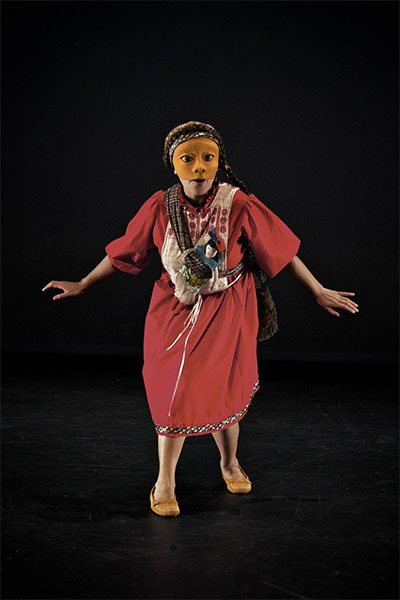 Immigration, belonging, and identity are three of today’s most pressing issues; Dallas’s Cara Mia Theatre Co. is tackling them head-on. “This season is really about reinforcing who Cara Mía is. What is it that we bring to the community that will not be replicated by other theaters?” notes Cara Mía Artistic Director David Lozano. “We’re showing our authentic roots into Latino culture.”

While Latinx plays are now being produced at mainstream theater companies in DFW more often than in the past, what Cara Mía (founded in 1996) does is distinct. Their highly theatrical aesthetic with deep roots in physical theater will be on full display throughout the season, speaking to the ways in which the Dallas-based company is expanding its reach as the largest Latinx theater company in the Lone Star State.

Under Lozano’s direction, Cara Mía continues to expand its reach and push the limits of what a culturally-specific Latinx theater company can and should be. By all accounts, as Cara Mía solidifies itself as a mid-sized organization in is 22nd year, the company appears to be building upon its previous momentum. Damas y caballeros, this is a company to keep an eye on.

Cara Mía wastes no time in tackling the current struggles of the nation’s undocumented community with its national touring production of Alex Alpharaoh’s gripping one-man show, WET: A DACAmented Journey. Based on Alpharaoh’s life story of dealing with the marginalization of being undocumented and being a DACA (Deferred Action for Childhood Arrivals) recipient, WET dramatizes the challenges one faces when trying to gain legal residency, and ultimately citizenship, in the United States. The WET tour will visit cities across the country, pairing the play with conversations about the political realities that undocumented peoples face. 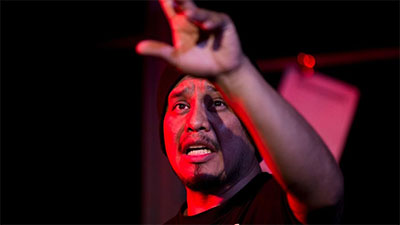 As with all of Cara Mía’s Community Action Programs, the company will decide what each community needs, tailoring its outreach accordingly. Harking back to the roots of Chicano theater during the civil rights era, the company is always looking for opportunities to use theater making as an entry-point into conversations about the struggles of the Latinx community. In addition to stops in Chicago, Connecticut, and Boston, WET will play at Theatre Too (at Theatre Three) in Dallas Sept. 21-30, at Teatro Vivo in Austin Oct. 4-7, and at the University of North Texas in Denton Oct. 31-Nov. 3. The tour will be co-produced with Ignite/Arts Dallas.

The season continues with the return of Tina’s Journey, a highly theatrical play for families that features Mexican folk masks produced in association with the Laboratorio de la Máscara (Mask Laboratory) from Mexico City. Written by Berta Hiriart and directed by Alicia Martínez Álvarez, the play will run Nov. 15-Dec. 2 at the Latino Cultural Center. The play dramatizes a young girl’s journey across the border. In the US, Tina struggles with her new life. Ultimately, she comes to understand that her two cultures must coexist, forming her new identity. “Tina’s Journey is one of the highlights of Cara Mía’s historical trajectory,” says Lozano, adding, “It really highlights the skills of our ensemble with the seldom-used style of mask performance, which has become a trademark of the company.” Tina’s Journey sheds light on the political hardships between Mexico and the US by insisting that we must flow freely across our borders. In keeping with its mission to engage local communities in conversations about social justice via theater, Tina’s Journey seeks to engage young audiences in difficult conversations about immigration. “It is an important opportunity to talk to children about what it means for children their own age to cross the border,” affirms Lozano. 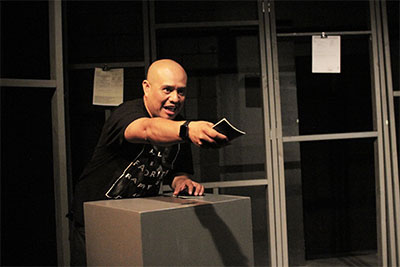 Feb. 15-March 3, 2019, David Lozano directs the Dallas premiere of Bless Me, Ultima, based on the canonical Chicano novel by Rudolfo Anaya. While Bless Me, Ultima may invoke images of the heyday of classic Chicano culture, Lozano’s take on Anaya’s novel will fully take the story of a young boy and a curandera into the exciting theatrical territory the company has become known for.

Teatro en Fuga: A Festival of New Works returns in April featuring new plays by members of Cara Mía’s resident ensemble. These plays-in-progress will be presented as an opportunity for the company to develop work with its ensemble in hopes of world premiere productions in future seasons. As opposed to developing plays on paper, Teatro en Fuga gets plays on their feet, allowing the ensemble to quite literally play. Audiences will see the ensemble taking exceptional risks and making bold choices. “The results will be the creation of very distinct culturally-specific new work,” claims Lozano.

Once on the brink of closing a decade ago, Cara Mía is thriving, complete with a dynamic staff and ensemble and a growing national reputation that places this Texas company at the forefront of Latinx theater making across the country. As the 2018-19 season demonstrates, Cara Mía continues to flex its muscle and show us just how exciting Latinx theater can be.