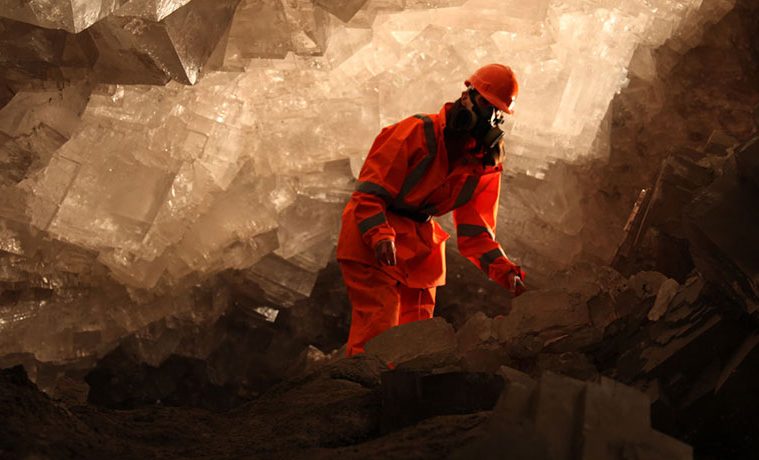 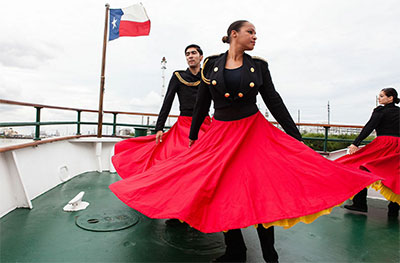 “You should have at least one friend who is not in the arts,” I told a group of theater majors at University of Houston. As soon as those words left my mouth, I knew I was talking to myself. I occasionally suffer from arts silo complex. In my biz, it happens.

Arts folk can feel so isolated and marginalized from the world. During last year’s fabulous CounterCurrent festival, I asked the Mexican theater troupe, Lagartijas Tiradas al Sol if they ever got in trouble with authorities for their history-correcting work. They responded, “We are a theater company, so no one pays attention to us.”

Sometimes, it’s as though we live in a parallel universe. Think about how few examples of artists exist in popular culture and fiction (and sorry, I don’t count reality TV dance contests). We did have Fame in the 90s. Bless you Noah Baumbach for putting a scrappy contemporary dancer in Frances Ha and Alejandro González Iñárritu for taking inside the narcissistic world of New York theater in Birdman. I still get jazzed when I see George S. Kaufman and Moss Hart’s You Can’t Take it With You because there’s a ballet dancer and her Russian teacher in the play. That was in 1936, possibly the last time when ballet dancers roamed America’s living rooms. 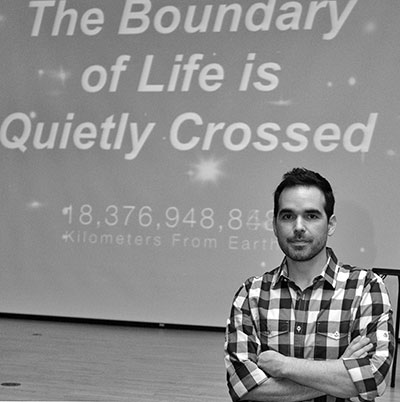 For anyone starting a theater company, allow me to lock you in a room to watch all three seasons of the Canadian TV series, Slings and Arrows, loosely based on the Stratford Festival. (If you still want to start that theater company, go for it.) Maggie Shipstead does a great job of capturing the ballet world in her novel, Astonish Me. Siri Hustvedt offers a biting critique of sexism in the visual arts in The Blazing World. Why do we need another cop show when the lives of artists are rich with drama? And maybe it could remind the rest of the world that we exist. Oh, and when was the last time you heard a politician mention the arts in an election cycle?

Artists, on the other hand, are always showing me the larger world. I need to look no further than my own Houston backyard at The Menil Collection. Dario Robleto: The Boundary of Life is Quietly Crossed, through Jan. 4, is a shining example of an artist crossing disciplines. It was at The Menil where I was able to chat about the beatless heart with O.H. “Bud” Frazier, M.D., Chief of Cardiopulmonary Transplantation at Texas Heart Institute; discuss the “brain on art” with Jose Luis Contreras-Vidal, Professor of Electrical and Computer Engineering and Biomedical Engineering at UH; learn more about the earliest sound recordings from Patrick Feaster, and hear the artist discuss sending the Golden Record into outer space with Ann Druyan. 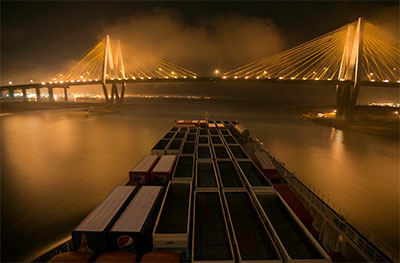 The Houston Ship Channel captured by Pilot Lou Vest whose story is told in HGOco’s In This Muddy Water.
Photo by Lou Vest, Houston Pilots Association.

Almost everything I know about the Houston Ship Channel came from Center for Land Use Interpretation’s 2009 Blaffer Art Museum Texas Oil exhibit and Mitchell Center residency. But it was at the opening of HAA’s Stories of a Workforce: Celebrating the Centennial of the Houston Ship Channel, where I learned from a pilot what Texas Chicken is all about:  how two ships successfully pass each other in the narrowest ship channel in the world. Karen Stokes is also bringing me into this rich history of our city’s waterways in her multi-platform project, DEEP:Seaspace.

Ana Maria Tavares’ Euryale Amazonica, through Dec. 20 at Sicardi Gallery, re-ignited my interest in the architecture of plants and the politics of public gardens in this extraordinary exhibit. I’m looking forward to Janet Biggs: Echo of the Unknown, Jan. 16 – March 21 at Blaffer Art Museum, where Biggs explores the erosion of memory and identity through video, sound and objects. Again, the  programming will add in the scientific and medical perspectives. 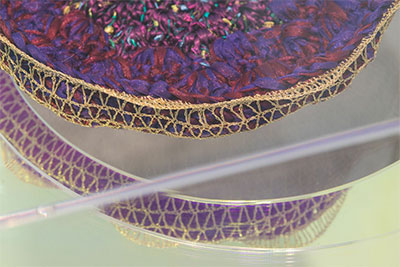 These are just a few of my cross-disciplinary adventures, made without ever leaving the art house. I know, I know: I still need to venture completely out, spend time with people who are not in the arts and hopefully, someday, figure out why the broader world so often leaves us out of the conversation.