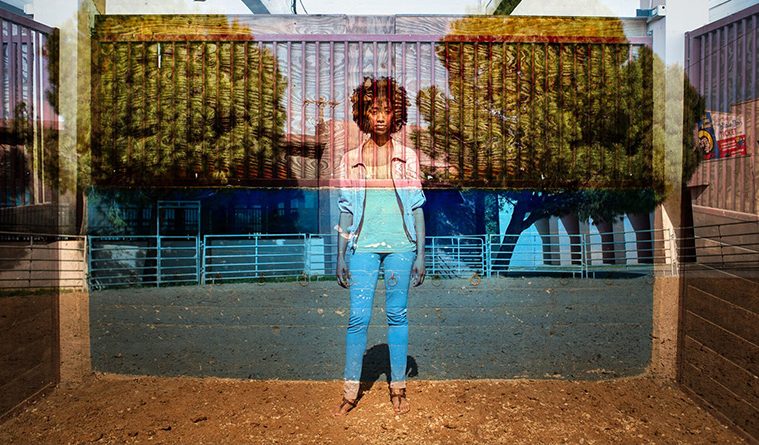 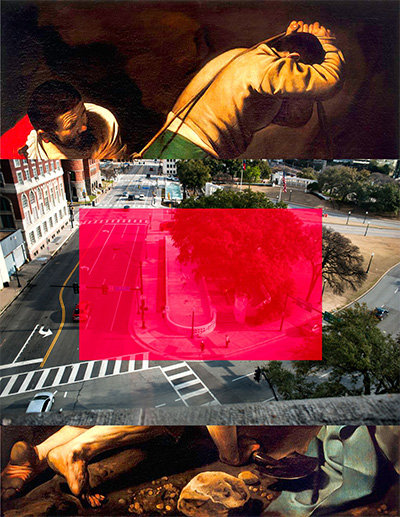 In the spring of 1921, the recently established Dallas chapter of the Ku Klux Klan kidnapped Alex Johnson, a black Adolphus Hotel elevator operator. He was driven to an isolated location, whipped, had the initials KKK burned into his forehead with acid, and then forced to walk naked and bleeding into the Adolphus lobby.  In 1923 the same chapter held a Ku Klux Klan Day and rally at Fair Park, inducting over 5,000 new members into its ranks.  In 1981, testing by the Environmental Protection Agency found lead levels near a West Dallas smelting plant to be 92 times higher than the recommended amount, declaring 13.6 miles of the area a Superfund site slated for long-term environmental clean up. In 1990, Freedman’s Cemetery in Uptown, home to the unmarked graves of thousands of freed slaves, was threatened by the expansion of the North Central Expressway. The efforts of local citizens saved it from extinction.   In 2013, Dallas mayor Mike Rawlings assembled a task force to assess the crumbling infrastructure of city-operated Fair Park and the possibility of handing management over to a private non-profit organization.   The issue has brought into question the tenuous relationship between the city, the park, and surrounding neighborhoods.

This is the real-life grit beneath the superficial sheen of Dallas—the stuff we don’t tell out-of-towners who come to kick off their heels and boot-scoot across our oversized concrete playground. It’s a city oft thought of as where the Wild West meets a shopping mall, where you are just as likely to spot a cowboy with a six-shooter on his hip as you are a freshly bleached and botoxed Real Housewife. But this is the dirty stuff those of us who live and work in Dallas—Dallas proper, old Dallas—think and talk (and re-think and re-talk) about a lot, and it often takes an outsider’s fresh perspective to clear the ashes from our beleaguered eyes and stoke the dialogue flames.

Multi-disciplinary artist K. Yoland is one such outsider. A London native who recently completed a yearlong residency at University of Texas at Dallas’ Centraltrak, Yoland is passionate about addressing the problematic aspects of citizenship. Through photography, video, performance, and sound, she lays out the tangled mess of borders, monuments, politics, economics, genders, races, languages, cultures, histories—all simultaneously cohabitating and vying for dominance—that form a community’s perceived identity. In her year in Dallas, Yoland has amassed an impressive research archive that documents the hidden narratives of the city, the things we know happened, but are prone to forgetting, growing jaded against, or worst, not caring about because they happened to “other” people. Her research also expands beyond Dallas to include U.S incarceration rates, border politics, prison-related brutality and deaths, police violence, and colonial slavery. 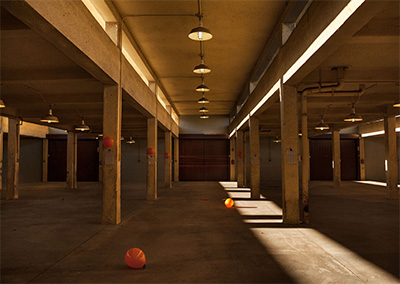 K Yoland, Letters without an Address, Still from Video Installation, 2015.

It’s an overwhelming amount of information to process. At certain points in writing this article, I had sixteen tabs open to countless horrifying stories, many of which left me mentally raw, as though claws had been dragged across my brain. But it’s the kind of hurt that is important to experience—the kind that reminds you of the vast amount of history pressing against your 21st-century existence. This mental scarring seems to be a driving force for Yoland, as she describes how from a young age, “the news would affect me greatly and descriptions of tragedy and torture—specifically at the hands of other humans—would play on repeat in my head, making me either cry or become angry (or both). I have never seemed to accept that human beings can do awful things.”

Yet rather than focus on the sheer atrocity of such occurrences, Yoland’s work generates empathy towards the victimized. Two exhibitions which ran concurrently at The Reading Room and The McKinney Avenue Contemporary in May demonstrated her ability to sensitively diffuse pure shock and anger into a multisensory experience that sinks, rather than cuts, into your mind. Beginning with Hidden Histories at The Reading Room, Yoland presented a selection of photographs and video stills that directly relate to Dallas, including the above-mentioned KKK rally and the assassination of John F. Kennedy, addressed by a photograph of Dealey Plaza collaged with Caravaggio’s The Crucifixion of Saint Peter. Stamped with a blood red square, the image is both violent and beautiful, a nod to the gruesome idolatry that springs from the deaths of heroes and martyrs. Across the gallery two photographs of women superimposed against the background of Fair Park alluded to the butting-up of individual identities against the larger community, an issue that particularly resonated given The Reading Room’s proximity to the fair grounds.

In Letters Without an Address at The MAC, the prelude of The Reading Room gave way to the full expanse of Yoland’s narrative. A four-channel video installation, featuring two large projections on the unfinished gallery’s raw brick walls, and two projections on plastic sheeting strung between beams, coalesced the multitude of stories, locations, and ideas swirling within Yoland’s work. Each video centered around general themes: Dear Charles, slavery and segregation; Dear Aunt and Uncle, physical brutality (such as the attack on Alex Johnson); Dear Samson, civic lead contamination and the false narratives of Dallas; and Dear Castle People, violence and death at the hands of police and political officials. Three of the videos featured found and shot imagery, the fourth a strikingly simple color study in various shades of human flesh, bookended by the colors of the rainbow. All had text scrolling across the screen, fictitious letters Yoland has written as one character to another. Two of the videos featured sprawling soundtracks—a mixture of Bruce Springsteen’s Born in the USA and music by Mozart played backwards and slowed down, and ambient sounds gathered from various Dallas locations —which permeated the air.

Taken as a whole, the installation was a profound visceral experience, but the details are what linger in your mind: The comparison of West Dallas’s lead problem to the crisis in Flint, Michigan; the pleas to public officials to stop unprovoked attacks against its citizens; the image of a young black man raising his arms against a wall of soldiers during the 1967 Detroit Race Riots; the moments when Yoland’s own voice, perhaps unintentionally, slips past those of her fictitious characters. The moment when the plastic sheeting billows in the wind, and the whole projection appears to slowly breathe in and out is a reminder that behind all of these stories, are the bodies of real people.