Listening to the Individual: Soundings New Music at the Nasher 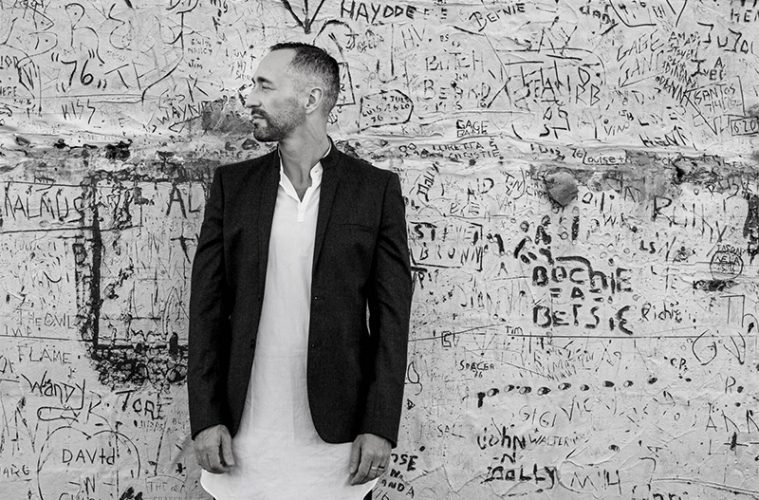 When Seth Knopp plans out the Soundings new-music series for Dallas’ Nasher Sculpture Center, he likes to leave audiences free to spot resonances and parallels among each season’s concerts. But he does point out one kinship among the four programs coming up in 2019-20: They celebrate “listening to the individual,” Soundings artistic director Knopp says.

Three installments will feature single performers: a violinist whose program ranges from the Middle Ages’ Hildegard of Bingen to her own brother; a saxophonist unleashing his instrument’s emotional impact by venturing far beyond its traditional sounds; and an actress portraying Wolfgang Amadeus Mozart’s sister Nannerl, whose formidable talents were neglected because of 18th-century gender roles.

Even though the season opener includes an ensemble–The Westerlies, a brass quartet featuring the distinctive combination of two trumpets and two trombones–the Oct. 17 concert will center on singer Theo Bleckmann. The German native and longtime New Yorker will take center stage in a program titled “Songs of Refuge and Resistance.” Embracing decades-old songs as well as contemporary works, the concert will examine the human impact of social issues spanning generations.

“Music is a wonderful conduit for these things,” Kopp says. “It allows us to speak about difficult things in a way that brings people together.”

Joni Mitchell’s “The Fiddle and the Drum,” an antiwar song from the 1960s, will open the program. Bleckmann will put “Wade in the Water,” a spiritual linked to the Underground Railroad, alongside the 1970s labor song “Look for the Union Label.” The program will include Bleckmann’s own “Another Holiday,” a response to the 2016 Pulse nightclub shooting in Orlando, and New York composer Phil Kline’s “Thoughts and Prayers,” based on a speech by a survivor of the 2018 shooting at Marjory Stoneman Douglas High School in Florida. Also from Kline: 3 Rumsfeld Songs, drawn from the former U.S. secretary of defense’s Pentagon briefings.

Knopp thinks singer Bleckmann is especially well-suited to perform such topical material. “There are no histrionics,” Knopp says. “He leaves a lot of room to actually listen to the words. … I hear him as his own (artistic) voice, a combination of many influences–not only jazz, but classical and folk. He has his own alchemy.” 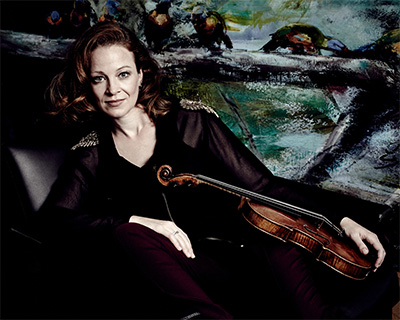 Carolin Widmann’s Dec. 4 solo-violin recital will culminate in one of the most revered works in the instrument’s repertoire: J.S. Bach’s Partita in D minor, which closes with the majestic Chaconne. On the way to Bach, the German musician will span nine centuries of music, from Antiphona by the 12th-century mystic Hildegard of Bingen to Paraphrase on Mendelssohn’s Wedding March by Jörg Widmann, the violinist’s brother.

She will precede Bach’s partita with the phantasmagorical Six Caprices (After Paganini), a 1970s score by Italy’s Salvatore Sciarrino. Taking iconic virtuoso Niccolò Paganini’s caprices as a jumping-off point, Sciarrino launches the violin on flights of speed and altitude that test the bounds of what fingers can execute and ears can distinguish. But Widmann has planned out the program so that the contrasts make artistic sense, Knopp says.

“With any kind of solo violin music, it always comes back to Bach’s sonatas and partitas,” he continues. Widmann’s musicianship “has a compelling intelligence, for me. It’s part of the force she brings to her playing.” 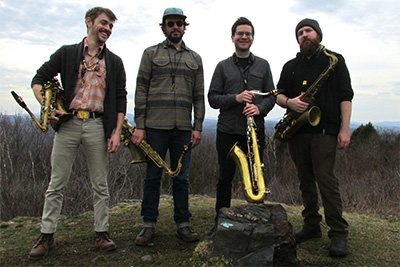 Solo-violin recitals are rare enough. When did you last hear a concert by solo saxophone? Soundings has one in store for Feb. 20, when it brings back Travis Laplante, the composer-performer who last visited in 2016 as part of a quartet.

Laplante is “one of the greatest live performers I know,” Knopp says. Playing his own works, the saxophonist avails of modern playing techniques that push the instrument’s envelope in terms of range, tone and other qualities.

“He’s able to manipulate sound–I wouldn’t say distort sound, because we think of distortion as being ugly–so that it’s not pure tone, but purely emotional tone,” Knopp says. “He’s able to make long silences heavy with meaning. He’s able to extend the duration of notes beyond what we’re accustomed to hearing. So the breadth of his expression is vast.”

Laplante will perform for Soundings as part of a weeklong Nasher residency. “He will spend a few days there,” Knopp says, “living in the space with some of the sculptures and composing–in kind of a free way–pieces that will pay homage to certain iconic works that the Nasher has in its collection, both outdoors and in.”

Obviously, Laplante has followed his own lights as a performer and composer. Soundings’ season will close with a look at a musician who didn’t have that freedom: Maria Anna Mozart, mainly known today by her nickname Nannerl. Hailed as a child for her talent at the keyboard, she went on to confront a double roadblock. Not only did her younger brother, Wolfgang Amadeus Mozart, overshadow her, but 18th-century mores forbade a woman to pursue a career as a composer or instrumentalist. 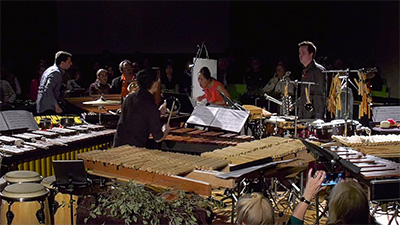 Video Still from Rituals of War & Death by The Percussion Collective on March 1, 2019. Photo courtesy of Nasher Sculpture.

Actress and playwright Sylvia Milo brings Nannerl to life May 1 in The Other Mozart, a one-woman play that has had performances on both sides of the Atlantic Ocean and in Houston and San Antonio. Recorded music creates atmosphere and evokes the Mozart siblings’ artistic efforts. As one embodiment of the strictures Nannerl faced, the staging calls for Milo to cinch herself into an 18-foot gown and piled-high wig.

“It’s really quite powerful, just visually,” Knopp says. “I went to see this in New York and was completely blown away. … It’s an absolute tour de force. I know that’s a term that’s bandied about. But it something to see one person able to digest and inhabit a role like that for two hours.”

Pointing out another bit of resonance between Soundings performances, Knopp notes that violinist Widmann’s international career as a violinist shows how much women’s roles have evolved. But within recent times, he adds, a couple of tradition-bound European orchestras balked at hiring female musicians.

“It’s not so far away that it was a kind of an unwritten rule, in certain orchestras, that women were not really welcomed,” Knopp says. “So I think it’s important to remember where we’ve come from.”