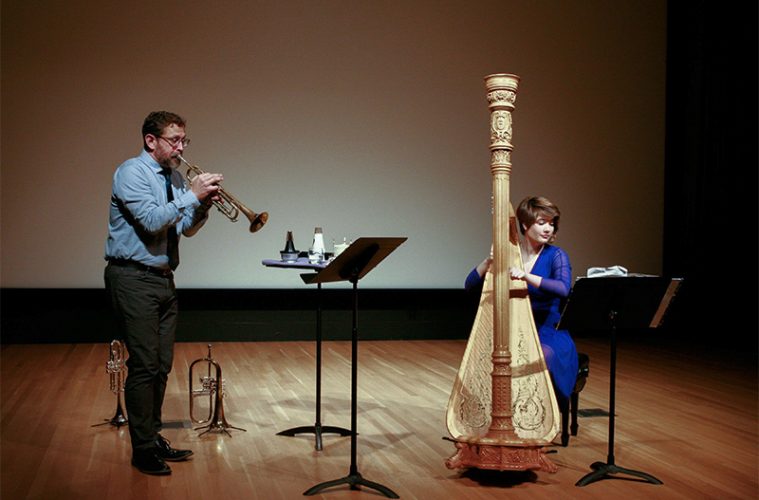 Ever since she can remember, Emily Levin has loved putting stuff together: Crossword puzzles, planning vacations, hosting murder mystery parties—being an organizer is sort of her thing. But as the new Artistic Director for Dallas-based Fine Arts Chamber Players’ Hallam Family Concert series, perhaps one of her biggest projects is just beginning.

“I love bringing people together, which is mostly done through music,” says the Juilliard grad, who moved to Dallas three years ago to take the Principal Harp position with the Dallas Symphony Orchestra. She’d barely been with the orchestra for a month when she was approached by Rogene Russell, then Artistic Director of FACP, about doing a concert for four harps. “That request does not come through every day,” she says with a laugh. “And so I said ‘yes’ immediately. Then I started to become aware of what FACP actually did for the community. The fact that they offer free concerts is not only very special but also pretty paramount to making art accessible.” 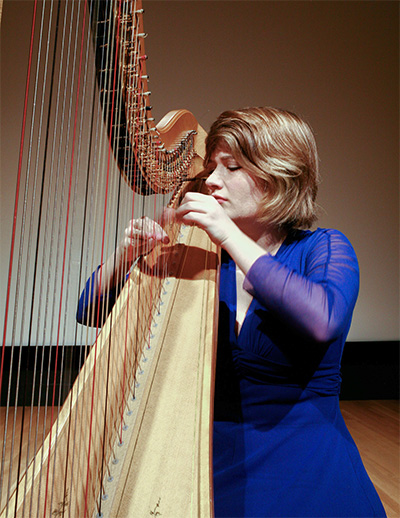 Levin radiates with a youthful enthusiasm. The 28-year-old wears her chestnut hair in a sassy sideswept pixie bob and is a self-proclaimed bookworm, coffee snob and dog lover. She began playing the harp at five and has a long scroll of accolades from various music competitions since childhood. A couple of summers ago, she attended the Bravo Vail Music Festival with the DSO and organized a chamber music concert. In the audience was Russell, who was impressed. “Not only was the music so beautifully played, but it was the way she spoke to the audience, engaged people and showed her vision for what the music was bringing,” Russell says. “It just captivated me and I went, ‘Hmmm. I think our FACP audience would love to have her at the helm.’”

It wasn’t long afterward that Levin found herself at the retirement party for Russell, who served as Principal Oboe for the Dallas Opera Orchestra and played oboe and English horn with the Fort Worth Symphony Orchestra for decades. By then, Levin had been considering the idea of creating a chamber music series for her fellow DSO musicians and, having seen Russell’s success with leading FACP, asked her if they could grab coffee to pick her brain on what would be involved. It was funny she mentioned it, Russell told her, because she’d been planning to talk to Levin about the role of Artistic Director for FACP upon her upcoming retirement. “It came together in a very fortuitous moment and at the time, I did not realize that she’d been planning this for a while,” Levin says.

After 38 years as Artistic Director of the Fine Arts Chamber Players, Russell announced her retirement last May and introduced Levin as the new head of the organization’s Bancroft Family Concert Series (renamed the Hallam Family Concert Series in June). Pianist and Juilliard alum Alex McDonald will continue as the director of the Basically Beethoven summer festival, providing a total of 11 free concerts each season.

The organization’s story began nearly four decades ago when, in 1981, Russell and colleague Charles Price were driving back and forth between their homes in Dallas and their jobs with the Fort Worth Symphony Orchestra. “We kept talking about our experiences when we were younger, playing chamber music at summer music festivals together and how there wasn’t that opportunity in Dallas,” says Russell. She and Price, a bassoonist, found the solution in Fair Park when they pitched the idea of a summer chamber music concert series to Harry Parker, former Executive Director of the Dallas Museum of Fine Arts. Parker had come to Dallas from the Metropolitan Museum of Art and didn’t need to be convinced that classical music paired well with art museums. 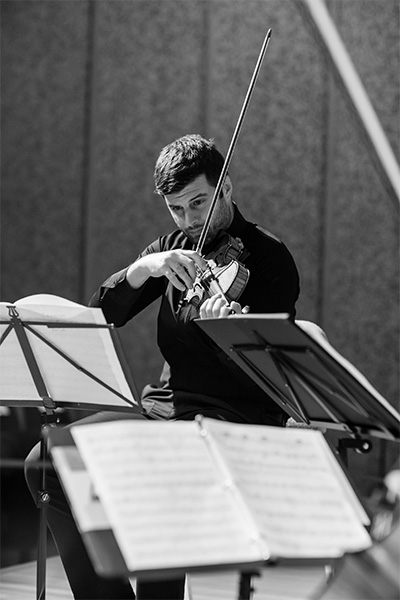 When the museum relocated to the arts district three years later and was renamed the Dallas Museum of Art, the building’s new Horchow Auditorium gave the FACP the opportunity to expand their programming, forming the annual Bancroft Family Concert series from October through May. They kept their Basically Beethoven Festival summer series in Fair Park until moving it to the City Performance Hall (now Moody Performance Hall) in 2013. Through the years, they’ve built up a collection of robust educational outreach programs that serves about 12,000 Dallas students yearly through free music lessons and workshops. Levin says she’s brainstorming on ideas to further engage young listeners by making the Hallam concerts more kid-accessible: One-hour performances that don’t run late into the evening and maybe even providing coloring books that accompany the music on the program.

DFW is a metropolis brimming with musical talent and it’s not hard to find quality chamber music performances. Between two major symphonies, two large opera companies, more than three universities with strong music programs and countless other suburban orchestras, one needs not search far for a seasoned classical musician who wants to play chamber music. What’s more difficult is finding quality chamber music concerts that are free and made up of all local musicians. Fine Arts Chamber Players is one of the few groups that fulfills both. “Fine Arts Chamber Players concerts have long been a bit of a playground for some of the area’s best musicians,” says Executive Director Emily Guthrie. “Here, they have freedom to explore and share pieces that don’t get performed by larger ensembles… after all, that’s the nature of chamber music.”

Levin has programmed her opening concert in October to complement the DMA’s McDermott collection of Impressionist and Modern Art with pieces by two pillars of French Impressionist music: Claude Debussy and Maurice Ravel. Included in the program will be a work by late 20th-Century Japanese composer Toru Takemitsu, balancing the musical conjurings of pastel water lilies with a more modern, minimalist vibe. Levin has thoughtfully curated each of the seven concerts during the series around themes, such as the Tales of the Macabre program in January to celebrate Edgar Allen Poe’s birthday. English Sentiments in February will feature the lush harmonies of 20th-Century British composers. “I think she has a holistic approach in what’s on stage,” says Guthrie. “How can our concerts relate to the DMA collection, which is something we touch on every season; what education or outreach element in a Dallas school can be planned with featured musicians; what cultural touchstone can be echoed in programming? She’s also considering the cultural context in which the programmed pieces were created, and communicating that history to the audience.”

What’s more, Levin isn’t a stranger to the well-established FACP audience, having performed in a few concerts since moving to Dallas. She already has a sense of their tastes and interests. But it has been a crash course in learning more about the inner workings of an arts organization. “It’s just been fascinating to see how many pieces go into making an arts organization run, whether it’s on a very large scale or on a slightly smaller scale,” she says. “I’m still learning. Hopefully in 38 years, I will know even more than I do now.”