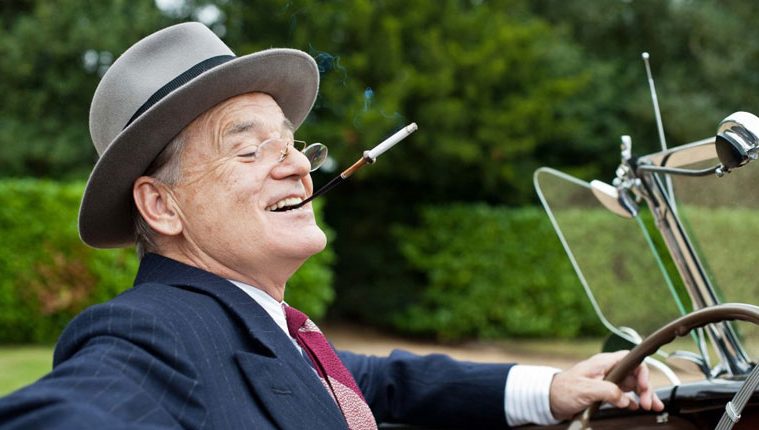 When the Lone Star Film Festival unspools in Fort Worth November 7-11, ambulance North Texans will have an opportunity to catch an early showing of two big films with Oscar buzz, while also having the chance to re-evaluate a big box office bomb that nearly destroyed a studio back in 1980.

Silver Linings Playbook, starring Bradley Cooper and Jennifer Lawrence, and Hyde Park on the Hudson, starring Laura Linney and Bill Murray, both are touted to be Academy Award contenders this year, an honor that no one ever considered for the fiasco known as Heaven’s Gate, an epic western that is widely considered one of the biggest turkeys in Hollywood history. Panned by critics upon its release, it was yanked from theaters after only a week and re-edited by the studio before limping back to the silver screen in 1980. Estimated to cost $44 million to produce, the film revenues equalled less than $3 million, and caused a financial nightmare for United Artist studio. Most people have only seen the heavily edited version, but the fully-restored director’s cut will be the one showing in Fort Worth.

Jayne Mansfield’s Car, written, directed, and starring Academy Award-winner Billy Bob Thornton, will be the opening night film. Set in 1969 Alabama, Thorton’s newest film is described as a heartfelt and often hilarious family drama that touches on intergenerational conflict, mortality and the culture clash between two families — one American and one British — brought together by the death of a loved one. In addition to Thornton, the film’s cast includes fellow Oscar® winners Robert Duvall and John Hurt, Golden Globe winner Kevin Bacon, Robert Patrick, Frances O’Connor, and Ray Stevenson.

“This film is Mr. Thornton’s first as a director in ten years, which makes it a perfect opening night selection for the Lone Star Film Festival, where he will also be honored for his storied career as an actor,” said Alec Jhangiani, director of the Lone Star Film Society. “It gives us a unique opportunity to celebrate the multiple facets of his talent. That it is a Southern family drama with an outstanding ensemble cast makes it even more fitting for our festival and sure-fire fan favorite.”

While in Fort Worth to support his film at the festival, Thornton also will accept the Lone Star Film Society’s highest honor, the Achievement in Film Award. He will join fellow LSFS Achievement in Film honoree Albert S. Ruddy, Academy Award-winning producer of The Godfather and Million Dollar Baby, and music legend Billy Joe Shaver, recipient of the Stephen Bruton Award, at the Lone Star Film Festival Ball on Thursday, November 8 at the Fort Worth Convention Center Ballroom. Past recipients of the LSFS Achievement in Film Award include Jeff Bridges, Sidney Lumet, Martin Sheen, Bill Paxton, and Gregory Peck.

The Lone Star Film Festival is an annual event hosted by the Lone Star Film Society. The festival seeks to uncover and platform emerging films, talent, trends, production methods, and distribution models that will shape the future of film. The festival also brings together the most talked about films of the year along with undiscovered gems by some of today’s most promising emerging filmmakers. Last year’s Academy Award Winner for Best Picture, The Artist, was screened at the 2011 festival.

Picks for this year’s festival include Italy’s official submission for Best Foreign Language film at the Academy Awards, Caesar Must Die, and winner of the Grand Prize at this year’s Critics Week in Cannes, Aquí y Allá (Here and There). Short films featuring some of the finest filmmakers from Texas are also scheduled.

Hyde Park On Hudson stars comedic actor Murray as President Franklin Delano Roosevelt with Linney as his neighbor and confidant. It screens November 9. In Silver Linings Playbook, Pat Solatano (Cooper) has lost everything — his house, his job, and his wife. He now finds himself living back with his mother and father after spending several months in a state institution on a plea bargain. When Pat meets Tiffany, a mysterious girl with problems of her own, things get complicated. Tiffany offers to help Pat reconnect with his wife, but only if he’ll do something very important for her in return. As their deal plays out, an unexpected bond begins to form between them, and silver linings appear in both of their lives.

Director Michael Cimino’s legendary (for all the wrong reasons) western epic, Heaven’s Gate, recounts the 1892 land war between wealthy cattle barons and immigrant homesteaders in Johnson County, Wyoming. The film has rarely been revived in the three decades since, even as it has been duly re-appraised by critics as an innovative piece of filmmaking. Now it returns in a stunning new restoration commissioned by The Criterion Collection and supervised by Cimino himself. Restored to its original 216 minutes, it screens November 11.