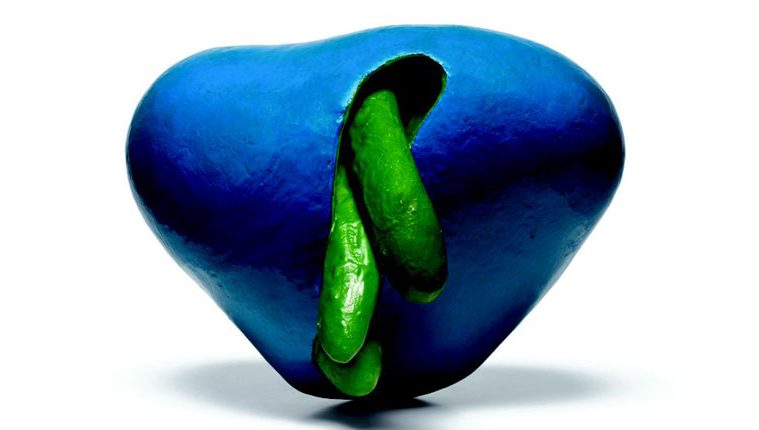 Welcome to Loose Ends, a new monthly visual-arts column in which I drop the odd topical tidbit, sling a few cheers or jeers and weigh in on the occasional art-world conversation. Let’s start with one Houston writer Garry Reece kicked off in a must-read post on the blog Not That This! Given the late Bert L. Long Jr.’s nine solo museum shows, Reece asked, where are the major museum catalogs documenting his work, cursory brochures and gallery notes notwithstanding?

Over at The Great God Pan Is Dead, Robert Boyd seconded the call for a full-scale monograph, reported on progress by the Houston Artist Fund to raise the money to produce one and rightly linked the lack of a Long catalog to a broader historical amnesia with respect to Houston artists of his generation.  (Boyd is in many respects the ultimate Houston art enthusiast-participant. Comics: Works from the Collection of Robert Boyd, a new exhibition at Rice University’s Emergency Room gallery, is drawn from his impressive holdings of original newspaper- and underground-comics artwork spanning nearly a century. It’s up through April 11 and is accompanied by a comprehensive website.)

Part of the problem is that neither of our collecting museums dedicate space for Texas artists, let alone Houston artists, preferring instead to give them the occasional solo show and to integrate their works into thematic group shows when appropriate. The Museum of Fine Arts, Houston’s terrific team-curated show The Artist’s Palette: Primary Colors on Paper, on view through June 2, is a perfect example, weaving works by Houstonians Al Souza, Amy Blakemore and Richard Stout into a star-studded cast that includes Catherine Opie, William Christenberry and Ad Reinhardt.

That’s certainly a valid approach and may have partly been inspired by critical reaction to the MFAH’s claim of a “Houston School” in the landmark 1985 exhibition Fresh Paint. But it shouldn’t preclude more frequent, rigorous examinations of the best art that’s been made here over the decades. Houston artists need to be considered both in dialogue with and apart from their counterparts and predecessors elsewhere.

In the meantime, at least Houston Baptist University’s Contemporary Gallery has given Long a posthumous sendoff, complete with catalog. Long helped select Bert L. Long, Jr.— An Odyssey, which is up through April 18 and focuses on pieces previously unseen in Houston. For a latecomer to Long’s oeuvre like me, it offers work from a helpfully broad swathe of his career. Based on the evidence of this show and in lieu of that upcoming full-scale monograph, I’d say Long’s assemblages make a stronger case for his importance than his paint handling, which ranges from clumsy to workmanlike.

Still, I love not knowing what to make of Potato (date unknown), a hideously painted yet hypnotic plaster-of-Paris sculpture that resembles a double-headed baby seal (with nails protruding from one head) nestling in a bed of actual potatoes. When I revisited the show a few weeks after the opening, the potatoes had sprouted eyes, an apt visual pun given another kind of eye’s importance as a Long symbol.

Llyn Foulkes, From the Top O’ Topanga, 1984, oil on canvas. The Menil Collection, promised gift from the collection of Mollie R. and William T. Cannady. Photo by David Brown.

Meanwhile, it was nice to see The Art Guys, who are celebrating their 30th anniversary with a monthly series of behavioral performances, return to form with The Longest Street in Houston, in which they walked the 29.6 miles of Little York Road. Their journey was documented by Otis Ike, whose wonderful photos can be seen here and complement this action’s honesty, simplicity and humility. In its genuine collapsing of the art-life divide and its affirmation of the value of bringing art into unlikely places, the piece reminds me of what I’ve admired about The Art Guys since, as an art student in Boston in the mid-1990s, I picked up their Contemporary Arts Museum Houston catalog and thought, “There are artists in Houston?”

California art has gradually raised its profile in recent years at the Menil Collection, which in recent years has gone beyond relegating them to small group shows and the occasional turn in the foyer to make room for West Coast artists in its modern and contemporary galleries. Currently sharing real estate with early 1960s Andy Warhols are Ed Ruscha’s Hurting the Word Radio I (1964), three beautiful Ken Price sculptures from 1983 and Llyn Foulkes’s weird, enigmatic From the Top o’ Topanga (1984). A promised gift to the museum, it depicts one of Foulkes’s trademark Large Rocks covered in faded graffiti.

Seeing the Menil’s Prices prompted a Dallas road trip to see his traveling retrospective, which is on view through May 12 at the Nasher Sculpture Center, and the Cindy Sherman survey, which wraps up its national tour at the Dallas Museum of Art on June 9.  Of the two, Sherman’s work is more familiar thanks to its sheer ubiquity and the art-world celebrity that has chased the reclusive artist since her breakout Untitled Film Stills (1977-80), shown in their entirety here, established her themes of identity and photographic representation.

Having seen an earlier Sherman survey in 1991 – several years before making art or taking my first art-history class – I was struck by how much of her earlier work I instantly recognized when I saw this retrospective at its San Francisco Museum of Modern Art stop last year. Seeing it again in Dallas, I was struck by how little of the work she’s made in the intervening years has similarly stuck with me.

The resounding exceptions are her “society portraits,” first shown just after the market crash of 2008. Having covered my share of society ladies during my Houston Chronicle days, I can vouch for the authenticity Sherman achieves, which I suspect has to do with the likelihood that she’s sat next to her fair share of them at museum galas, giving her ample opportunities to study their icy vulnerability and their use of makeup, Botox and haughtiness to mask their underlying fears of aging and being cast aside.

While the Sherman retrospective gets a little exhausting – which may be part of the point, given her themes – the Price survey is endlessly astonishing. It drives home the realization that, even if you’ve seen enough isolated examples of his work from different periods to know that he was a major innovator, you haven’t really seen Price until you’ve seen him in bulk. A Robert Irwin quote sums up what I’d somehow never realized about Price but that this show makes obvious: that he was the “ﬁrst and still the best contemporary sculptor to employ the full power of color: its physicality, its weight, density, and unique ability to articulate form and feelings.”

Got an item for Loose Ends? Email Devon Britt-Darby at devon@artsandculturetx.com.