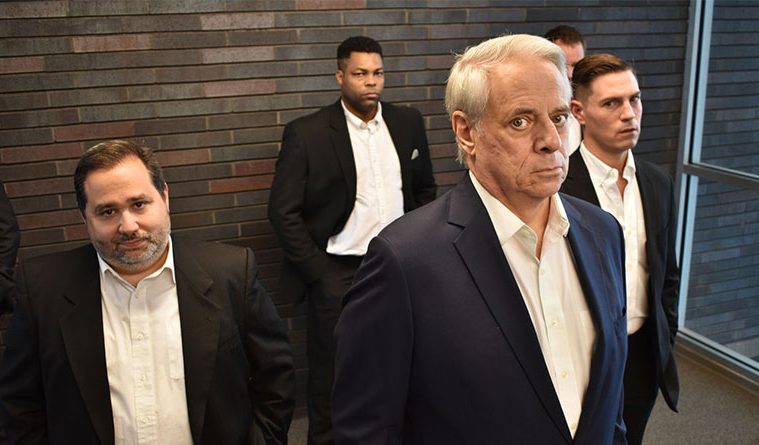 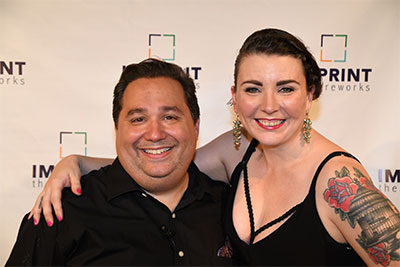 Dallas does not want for theater companies. Ever since Margo Jones established the regional theater model here in 1947, Big D has been steadily growing its dramatic ranks and filling its artistic niches, from scrappy groups formed by college alumni to the Tony-winning Dallas Theater Center.

So why did Joe Messina and Ashley H. White decide to start another one?

Ensemble. Collaboration. Wine. Each time the story of how Imprint Theatreworks came into being is told, these three words make many appearances. Messina, an actor from Chicago, and White, a director and fight choreographer with New York ties, hit it off right away when they met doing Ray Cooney’s comedy It Runs in the Family at a suburban Dallas theater in 2013.

“We realized we had an immediate shorthand and shared a love for certain types of theater,” says Messina. “From there it was a simple eventuality that we would start our own.”

The pair talked and planned for roughly two years before really putting everything in place—assembling a staff, writing a business plan, securing rights, obtaining nonprofit status—and finally pulling the trigger. After making the big announcement at a party on the night of the 2017 Tony Awards, Messina and White realized, “Now we really have to do it.” And so they did. At a well-attended, cabaret-style launch party in late August, in the rarely-used underground space at the historic Bath House Cultural Center (which will be the setting for the company’s First Impressions new play festival), Imprint Theatreworks made its official debut.

It had grown significantly by then. A third founding member, company manager Jessie Wallace, was on hand, along with strategic development manager Billy Betsill and business manager Benjamin Bratcher. The newly minted Imprint team and its board (Russell Clarkson, Courtney Sparks, Katrin Beeson, and president Shane Beeson) announced the company’s first season: four shows themed around the phrase “built for longing.”

“My hope is that we will bring a fresh approach toward collaboration and the ensemble-based mindset in DFW,” says White. “I also think the shows we have chosen are unique, exciting, and represent different aspects of theater that aren’t often produced here. We made a conscious effort to bring new or reimagined approaches to pieces, and I think it gave us a very well-balanced season.”

David Mamet’s Glengarry Glen Ross leads off in January 2018; Dallas Theater Center was the last in the area to stage Mamet’s play, in 2007 (not counting Jeff Swearingen’s female-based homage Daffodil Girls, Inspired by David Mamet’s Glengarry Glen Ross, which the youth-centric company Fun House Theatre and Film premiered in 2013;). The First Impressions Festival follows in February, and is planned to be as much about networking and learning as it is showcasing the work of local playwrights. The area premiere of Julia Jordan and Juliana Nash’s steamy rock musical Murder Ballad will invite audiences into a bar-like setting (at a performance space that has yet to be identified) in late April. Playwright-of-the-moment Lauren Gunderson has had several of her plays mounted in DFW, but Imprint will be the first to present her brutal comedy The Revolutionists, in July and August. Another first is Imprint’s season finale: the hit West End musical Blood Brothers, which has not been seen in Dallas in nearly two decades.

“The response from the community since we launched has been overwhelmingly positive,” says board president Shane Beeson. “It’s bringing an ensemble-based approach to theater production that, frankly, I think a lot of artists are excited about.”

The strong attendance during Glengarry auditions cemented that for the group, as did their impressive showing during North Texas Giving Day in September, a mere two weeks after they officially launched.

“Imprint is another opportunity to harness the immense homegrown talent we have here,” says Betsill, who also performs as an actor and served as the emcee during the launch party. Wallace agrees, especially because Imprint shows might give local performers more of a chance to explore and play.

“I think this community has been craving something collaborative,” she says. “So often we, especially as artists, are looked down upon for trying something new or offering our ideas, because they’re not what is expected. There is a raw edge of freedom and a challenging of the norms that our company looks to offer that I think this community needs. I know I certainly do.”