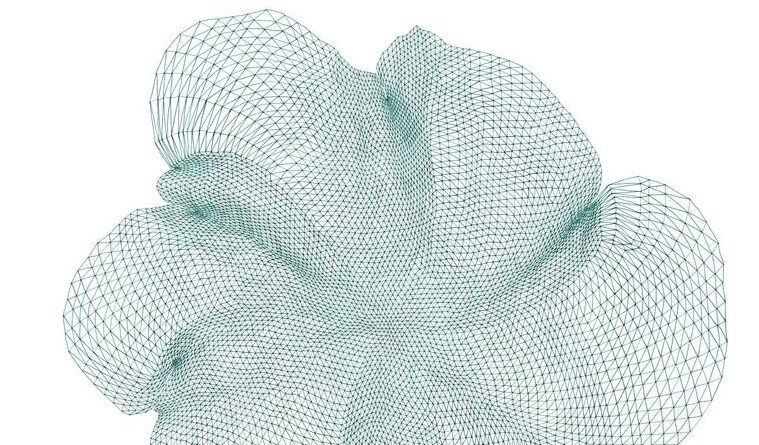 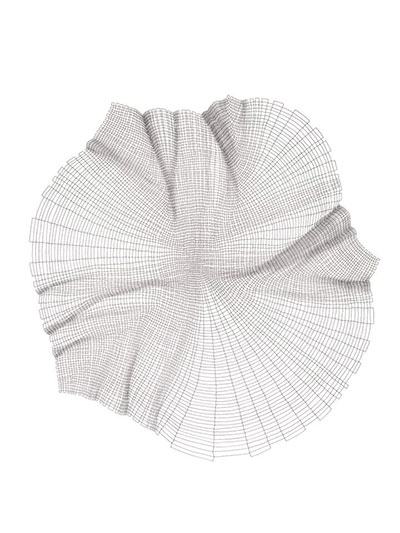 Remember when you were a kid, and you’d sit on the grass and look up at the clouds? Maybe you still do—in which case you’ll know exactly what I’m talking about. Perhaps, in a cloud, you saw a lion, but your friend saw a dog. Maybe she saw something completely different; maybe it was a house. Art can be like that too. Of course there are innumerable works over which we find ourselves engaged in heady conceptual debate, but art, on occasion, can be like a cloud; one can truly see many things in it:  houses, lions, flowers. It’s that boundless sense of visual possibility Robert Landsen captures in his drawings.

On view at Dallas’ Cris Worley Fine Arts through Nov. 14, Metamorphosis is a collection of Landsen’s works on paper from four different series. The title itself describes possibility; metamorphosis implies change and evolution. Landsen’s drawing practice refers to the same; when he begins a piece he creates an algorithm, or a set of rules, which, although they dictate the beginning of each individual piece and the following steps, leave the end-result unpredictable, even to the artist; endless possibility.

Upon first glance Landsen’s work seems nothing like what I’ve described; the line-based drawings are more immediately evocative of the cold minimalism of other artists famous for rules, such as Sol LeWitt and Walter de Maria. But upon closer inspection (preferably in the flesh), his work reveals a provenance more in keeping with the ritualistic, religiously derived art of the Buddhist mandalas or perhaps the more empathetic, naturalistically informed minimalism of Agnes Martin.

The works are fragile, both in material and in form: Landsen painstakingly draws his work by hand. These works are minimalist only insofar as the materials are few and the idea is at once technically simple and conceptually complex. They’re much more than that: They’re full of seemingly incongruous ideas, such as nature and space, love and physics.

Landsen’s titles are telling; The Sound of Rain, Light Through the Leaves, The Shape of Time. The surprisingly active drawings conjure associations both with the biological/anthropomorphic aspects of the natural world as well as the scientific complexity of the space/time continuum (the scientifically-minded use of his drawing algorithms is another tell). Landsen’s skilled melding of complexity and fragility provide the perfect blend of timelessness and beauty that is space and nature at once.

Perhaps unintentionally, in works such as The Shape of Time and To Hold You in my Mind #1, Landsen is capturing the folding and unfolding of space and time in a uniquely romantic manner, but think about it, the mysteries of space and love aren’t all that different: Neither can be explained, nor can they be truly understood, not, at least, in the way we humans conceive of understanding.

They’re both mysteriously lovely. Both make us nervously excited. Both are full of endless possibilities, something Landsen’s drawings capture. He starts from a simple set of rules and the impossibility of knowing the result when he begins, but somehow, each drawing is full of movement; evocative of, well, whatever you see.