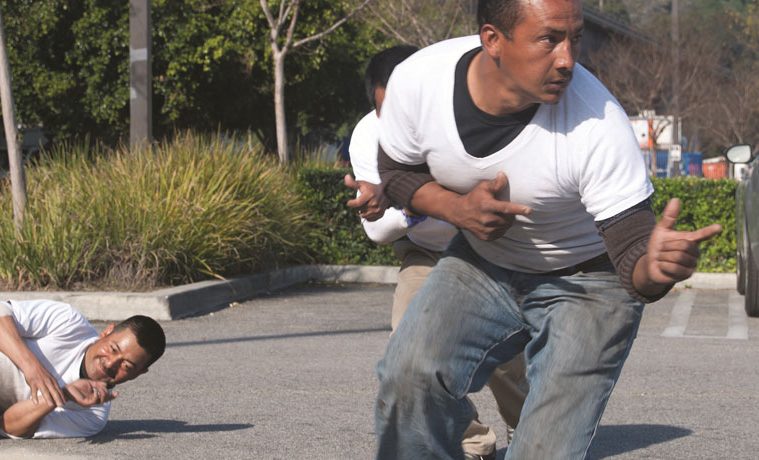 México Inside Out: Themes in Art Since 1990

México Inside Out: Themes in Art Since 1990 is a tour de force of ambiguity. As a show with work by 23 artists connected to Mexico it runs the risk of being a politically-correct art-ghetto based on geographical stereotypes. At the same time, though, with artists hailing from Belgium, the United States, and England working in Mexico, and Mexican artists working internationally around the world, it tells us that this threat is a stalemate.

One resounding message of this show is that contemporary Mexican artists communicate within and to a global audience. And they succeed, or seem to think they are succeeding, by way of the pedantic, self-righteous, and leaden vocabulary that we all know too well as conceptual art.

The conceptualism of this exhibition is in fact its ticket. Contemporary Mexican art’s official entrée into the international art market is its irony, self-reflexivity, and sometimes confusing and paltry materials. Contemporary Mexican art has arrived. It has become the West, and we can thank the paternalism of conceptual art for getting it there.

The reference, for example, to Robert Smithson in Melanie Smith’s Spiral City, a rather stunning black-and-white video of an aerial view over the grid of Mexico City, is overkill. The moving-image work stands perfectly fine on its own without mentioning this father figure. And Miguel Monroy’s Equivalente (2005) confuses the viewer in a tedious and tried way. It is a series of framed receipts that without the aid of the title and information plaque are but a replay for the umpteenth time of that old conceptualist saw of detritus + everyday life = art (think here Dan Graham, Joseph Beuys, or Marcel Broodthaers). The accompanying information plaque redeems the piece by way of a humorous idea, showing that the receipts are for the exchange of 1,000 pesos from dollars to pesos until the fee brings the amount to nothing. Or does it? The framed receipts are, in this instance, a familiar conceptual parasite on the necessary bureaucracy of explaining a work of art. Or maybe it’s the other way around.

The takeaway here is, to put it simply: Art is in its death throes yet again.

While political themes concerning Mexican aspirations toward modernity, the fortune and misfortune of neighboring the 800-pound gorilla up north, and narco-violence are strong and consistent, the physical presence and form of the art is not. Thomas Glassford’s Not yet titled (work in progress) (2013) is an enormous, many-tiered installation of castaway broomsticks. Their careful organization by color creates a shrewd while at the same time bruised sense of rational order. While contrapuntal to the verticality of the broomsticks, a long braid of colorful melamine plates dangles from the ceiling, reinforcing a theme of bright regional colors and care-worn everyday life.

Artist and forensic pathologist Teresa Margolles’ Muro Baleado/Shot Wall (Culiacán) (2009) and PM 2010 (2012), both wall pieces, work best together. The former is a bullet riven cinder-block wall and the latter a museum gallery wall covered in framed tabloid magazine covers most of which show a scantily clad woman next to victims – burnt, shot, and variously maimed – of the ongoing Mexican drug wars. Alone, the gunshot-perforated wall feels like Minimalism redux – yet another instance of paying homage to the forefathers (Judd, Serra, Smithson, Graham, et. al.) of legitimate, viz. conceptual, art forms.

By far the best work in the exhibition is video art. Yoshua Okón’s Pulpo/Octopus (2011) shows Mayan-speaking Guatemalan refugees moving stealthily along wheeled carts and under cars in a Californian Home Depot parking lot. Its rendering on four walls by synchronized projectors immerses the viewer in an at-once sardonic and serious play of metaphors between empire and colony, overlord and native.

Projected in an ancillary room midway through the show, Francis Alÿs’ Rehearsal I (Ensayo I) (1999–2001) plays out the tortured and thwarted Mexican drive to modernity. The video is a hilarious 29-minute loop showing a red Volkswagen Bug revving its engine to go up a dusty hill in Tijuana, where America lies just beyond. As it drives up the hill, a loud band of wind instruments jauntily plays. The music stops and the car rolls backwards down the hill. The cycle plays and replays as the little car symbolically works through futile attempts at full modernization.

México Inside Out: Themes in Art Since 1990
Modern Art Museum of Fort Worth
Sept. 15–Jan. 5