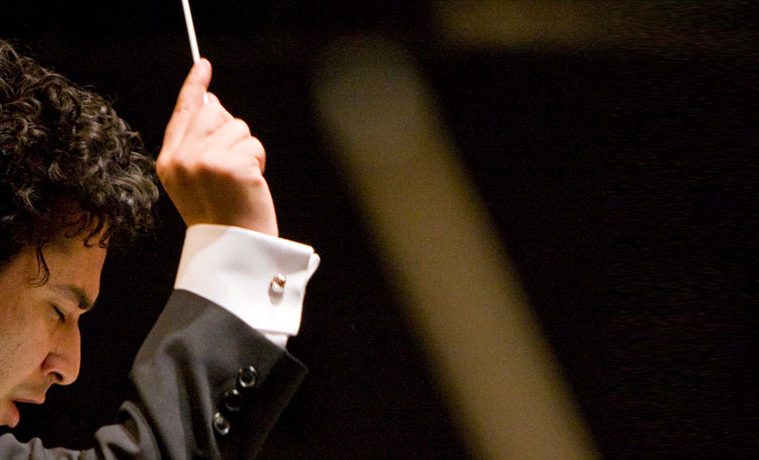 As the Houston Symphony proudly marches into its Centennial season, feting past and future music directors alongside a parade of celebrity soloists, there’s a sense that something special is happening.

This weekend’s concerts, which featured Music Director Designate Andrés Orozco-Estrada in his first performances with the orchestra since being tapped as its 15th  artistic leader, were an example of what appears to be an artistic renaissance for the ensemble. From the moment he walked onto the stage, the 35 year-old Colombian-born maestro charmed the audience with his approachable demeanor. Rather than bow and immediately turn his back on the them to begin the music, Orozco-Estrada picked up a microphone and introduced himself, making a compelling case for why he had programmed the first piece of the evening, the Fairy Tale Poem, by Russian composer Sofia Gubaidulina.

Much has been written for and against musicians talking from the stage, but Orozco-Estrada’s casual  remarks demonstrated how doing so can be very effective. In addition to creating a relationship with the audience, he also provided a context from which to listen to unfamiliar music in a way that would be the most beneficial.

Although somewhat apologetic for having programmed a modern piece to begin the evening, he shared the story behind the music. He convinced the audience that although it may sound at times like “music from Mars,”  the music was in fact a beautiful fairy tale narrative.

The piece was largely atonal and not my preference. Still, it was beautifully crafted, used a full string section accompanied by flutes, clarinets, percussion and harp and piano, and yet still sounded more like chamber music than orchestral. Motifs were passed from one small cluster of musicians to another. Colors morphed as they were exchanged from one grouping to the next, and the piece showcased an intimate side of the orchestra, which I had not witnessed before.

Midori was the guest soloist in a performance of Mendelssohn’s Violin Concerto in e-minor. Setting aside a number of traditional bowings and articulations, she offered a new and exciting take on a familiar work.

Although it’s not clear what was causing the issue, she strained to be heard over the orchestra, which initially lead to passages that were both heavy-handed and out of tune.  The problem was resolved by the solo violin cadenza towards the end of the first movement. She reset the dynamic range for the entire piece at this point, and as a result, balance was never again an issue. The second movement provided some beautifully phrased moments, and the final sparkled with the kind of precision that Midori has been known for throughout her career.

The second half of the program was devoted to Sergei Rachmaninoff’s Symphony No.2 in e-minor, which is a piece I have always had mixed feelings about. On the one hand, it contains many lush melodies that stay with the listener long after the performance is over. On the other hand, each movement lasts about three to four minutes too long.

The Houston Symphony played as beautifully as I have ever heard them as they indulged in Rachmaninoff’s spacious melodies and bold brassiness. It’s as if the artistry of the ensemble has been unleashed under the direction of the new maestro.

The musicians have thankfully been returned to the pre-Graf era seating, with the cellos and basses on the outside right. The appeared to be more animated, and engaged than any concert in recent memory. Orozco-Estrada brought a liveliness to the performance that was infectious. As a result the audience was  attentive, and, in the end, quite happy with the performance of Rachmaninoff’s symphony, the concert as a whole  and with the future prospect of having such a spirited new leader.