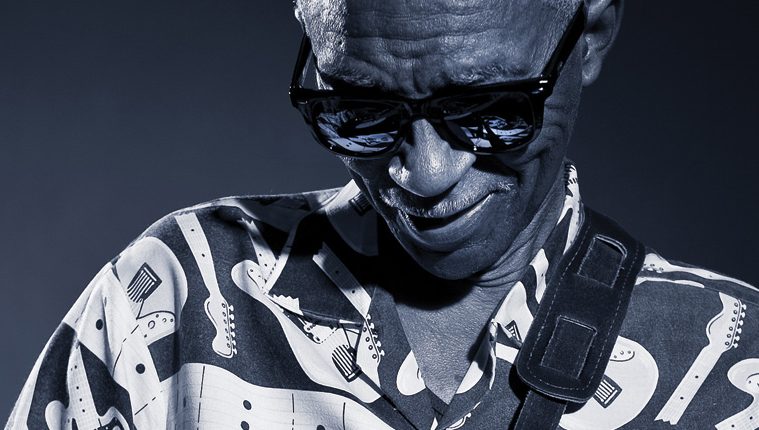 There are jazz trumpeters, buy jazz guitarists, unhealthy jazz pianists and so on, buy and jazz arrangers, composers and teachers. Then there is the Jazz Man or Woman who does it all. Roger Boykin is the Jazz Man.

A soft-spoken, dapper African-American gentleman with salt-and-pepper hair, the 73-year-old Boykin is even the alpha-omega Jazz Man. He was there pushing the jazz guitar grooves at the Recovery Room and Woodman Auditorium back in the Dallas jazz heyday. Now he’s teaching the jazzers of tomorrow at the Booker T. Washington High School for the Performing and Visual Arts, better known as Arts Magnet. His texts and treatises are standards in jazz instruction. He’s composed everything from jazz standards (“Andrea”) to classical music, and toured with some of the best jazz acts in the business, including Red Garland, Dewey Redman, Marlena Shaw, Jimmy Witherspoon, Cedar Walton and David   “Fathead” Newman. His record label, Soultex, produced a series of fine recordings. Together with Wendell Sneed, he produced the funkalicious South Dallas Pop Festival in 1970.

Though Boykin was a product of the musically rich Oak Cliff, his father was not thrilled with his teenage son’s decision to be a musician. “He used to tell me to be good at anything takes nature, study and practice,” said Boykin. “But he also thought musicians are a dime a dozen. So what I endeavored to do was to be a versatile as I could possibly be, to do everything possible that a musician could do.”

As a player, Boykin said, “I prefer to play soprano sax. But guitar was my first instrument, my first love. All the big tours I did were as a guitar player, though in the past 25 years or so 90% of my gigs have been on the piano. But on my gigs, I play all of my instruments. I might play flute, saxophone and piano. And then I play bass, too. But guitar is what I’ll be remembered for.”

While Boykin will be revered as a player and more, it’s his work as an educator that will gain him jazz immortality. Visiting with him during classes at Arts Magnet, where he’s been 16 years, it’s clear the students hold him in deep respect and affection. The feeling is mutual: “I’ve been divorced 41 years and never had any children. These are all my babies. I love them all.”

His favorite project at Arts Magnet is the new and very popular R&B Ensemble, developed with Louis Martinez. “We focus on the classic age of R&B: Motown, James Brown, Chaka Kahn, Temptations. Stuff from the ‘60s and ‘70s, the heyday,” said Boykin. “Hip hop just doesn’t have the musical depth or the deep beat. Disco made everything mechanical and artificial. We do the real F U N K. The kids in this class are 16 to 18. This is the music of their grandparents. They need to know where the present day R&B and gospel came from. It’s part of their cultural development, just like we study the classics.“

Surrounded by youth, Boykin is nonetheless all too aware that his jazz generation is passing. When asked who he missed the most, he replied: “Kind of difficult to say, but I think probably Marchel Ivery. Marchel had the drive and work ethic and passion. I loved playing with Marchel because he played with so much fire. You leave it all on the bandstand. He came to play, no half stepping. He played like I do.”

April is Jazz Appreciation Month with events and performances all over North Texas.