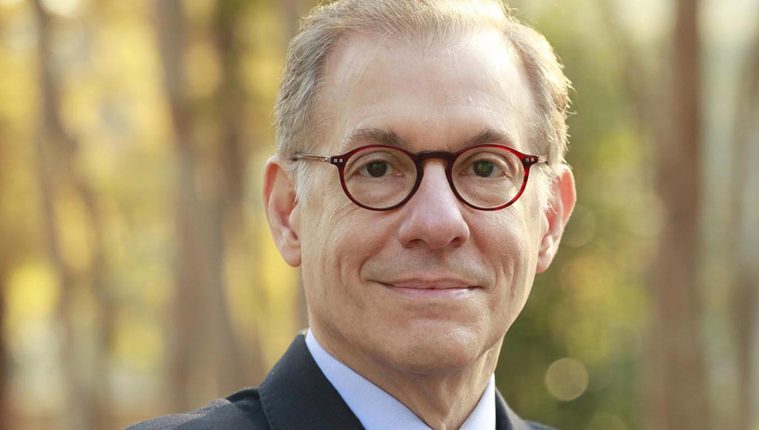 Mr. Tinterow, Tear Down This Wall!

Maxwell Anderson, the talented, charismatic new director of the Dallas Museum of Art, made a splash recently by announcing that the DMA will return to free general admission and offer free memberships to anyone who wants one starting Jan. 23.

It’s a move Gary Tinterow, the talented, charismatic new director of the Museum of Fine Arts, Houston, applauds— indeed, he says, “I’d love for us to be free” — but he doubts that the larger, richer MFAH can afford to emulate the DMA’s example. Going free, he warns, would lead to cuts in programming and the museum’s 600-employee staff.

Still: the museum’s own numbers show that special ticketed exhibitions — as distinct from general admission to the MFAH’s collections and smaller temporary exhibits— will generate more than 90 percent of its projected $2.4 million in admission revenue this year. (Tinterow said the museum will also realize $2.6 million in memberships.) The MFAH expects to raise just $225,000 in general admission revenue this year — just 0.4 percent of its $54 million budget. A museum with a billion-dollar endowment in a city with more than a few philanthropic billionaires can find that kind of money under the couch — or, say, at a “Keep the MFAH Free” gala or luncheon.

But the goal behind making general admission free all the time — improving public access to the MFAH’s impressive collections, which often get overlooked in the hoopla accompanying ticketed temporary shows — should trump the surprisingly small amount of money at stake. Anderson told Dallas Morning News reporter Michael Granberry he hopes “that people will come more frequently and that the same people will come. Multiple visits will happen. We want them to make the collection a part of their lives.”

Tinterow did not respond to an email asking whether the MFAH should move to free general admission in light of the $225,000 figure, but both before and after the DMA announcement he discussed admission charges in a wide-ranging interview and several subsequent emails, in which he outlined his aspirations for the museum’s planned expansion and its collections and exhibitions program, demonstrated an impressive command of both the MFAH’s and the city’s history, and robustly backed his current curatorial team while acknowledging he hopes to expand it. (Those topics will be covered in a second feature on Tinterow in the February A+C.)

He said the DMA’s return to free membership “makes sense for them” and that nothing would make him happier than for “every single person in Houston to come several times a year to my museum,” but questioned to what extent Houstonians would respond to free admission, allowing that as he settles back into his hometown after decades away “I don’t really know Houston well enough, and I don’t have a strong enough sense of our audience here and what their motivation is and why they come.”

However, he pointed to a visitor survey of Houston-area residents who had not been to the MFAH in the year prior to the survey. Price ranked low on a list of factors behind such considerations as whether they thought they’d have fun or learn something, what the new exhibitions were, the safety of the neighborhood, and parking.

But judging from the experience of the Chrysler Museum of Art in Norfolk, Virginia, whose website urges visitors not to “feel like you have to scramble around and try to see everything in just one visit,” admission policies do impact visitor behavior.

“Since we’ve gone to our free general admission policy, we find our average time per visit is down, but the number of people who come back more often is way up,” says the Planning Your Visit page on chrysler.org.

Tinterow also pointed out that most free art museums — even those with extraordinary collections such as the Cleveland Museum of Art, the Nelson-Atkins Museum of Art in Kansas City, the Saint Louis Museum of Art, and Houston’s own Menil Collection, “do not run the ambitious exhibition schedule that we do.”

Neither does the DMA, suggests Tinterow, the former head curator of 19th-century, modern and contemporary art at New York’s Metropolitan Museum of Art. He points out that when the DMA and the Met joined forces, in 2008, with the National Gallery of Art in Washington, D.C. to mount an ambitious J.M.W. Turner survey, “They said at the (Dallas) opening that they had never before done a big, expensive international loan show of that size. Houston mounts shows of that scale yearly.”

I don’t want to be the Grinch who stole Goya — one of the masters to be featured in the MFAH’s upcoming, specially ticketed exhibition Portrait of Spain: Masterpieces from the Prado (on view Dec. 16-March 31) — by advocating that the MFAH slash programming to finance free admission. But most museums that don’t charge general admission still, like the MFAH, sell tickets to expensive, popular traveling shows, which generate the lion’s share of the MFAH’s admission revenue anyway. (The DMA will continue to sell tickets for special exhibitions.)

Still, MFAH spokesperson Mary Haus said in an email that “it’s not just the $225K; there would inevitably be a drop in membership revenue —  even at say a modest 10 percent that would mean a loss of another quarter-million— and decisions to make about how to offset those losses with cuts.”

Set aside, for now, the fact that many memberships are sold as ways to get discounts on tickets to blockbuster shows— a strategy that, whatever you think of its merits, wouldn’t be impeded by free general admission. Or that, as Anderson tells Granberry, low-level memberships — the kind most likely to be motivated by free membership – lose money anyway, which squares with what the late MFAH director Peter C. Marzio once told me when I complained about limitations on members’ repeat visits to ticketed shows.

Even set aside the problems with the MFAH’s growing tendency to charge extra for seemingly any show it can— even to present work from its own collection, as in last year’s only nominally curated Helmut Newton show, or when the need to sell tickets sits uneasily alongside curators’ intentions for their exhibitions. (WAR/PHOTOGRAPHY co-curator Anne Wilkes Tucker says the sprawling show is meant for repeat visits, but while Haus says MFAH guest services will honor ticketholders’ request to come back and finish seeing the show, which closes February 3, for free, it’s up to visitors to ask. Most will likely assume they have to rush through it to get their money’s worth. How can that help but cloud their impression of the MFAH?)

Pessimism about feared revenue losses fails to take into account the goodwill free admission generates. I’ve never heard anyone, even non-museum goers, react with anything but warmth and admiration when they hear a museum is free.  And as Modern Art Notes blog editor Tyler Green and Los Angeles Times art critic Christopher Knight, both tireless free-admission champions, have noted, that goodwill can be harnessed to the advantage of museums’ fiscal health as well as their missions.

In August, voters in three Michigan counties that include and surround Detroit agreed to a property tax earmarked for $23 million to keep the prestigious but financially strapped Detroit Institute of the Arts afloat in exchange for free admission for residents of those counties. And according to Knight, the Minneapolis Institute of the Arts’ attendance and membership both doubled after it switched to free general admission thanks in part to a campaign for donations to keep the museum free.

And if added attendance comes with added foot traffic to museum gift shops and restaurants, that’s another revenue opportunity generated by a generous gesture.

Anderson gives Granberry another reason for going free, one that hits on the message museums inadvertently send with transaction-based admission and membership models: “When somebody from South Dallas walks up to the front desk, and the person behind the counter says, ‘Welcome to the DMA – are you members?’ What are they hearing? It’s like walking into a country club. It freaks you out. It’s exclusionary. I want everybody to feel they belong here, so I want everybody to be a member.”

Whether to model its membership program after the DMA’s — and if so, to what degree — is a decision the museum needn’t and shouldn’t rush into. But the MFAH could move to free admission almost immediately if Tinterow is willing to sell the idea to the museum’s most generous backers.

The amount of revenue Tinterow would have to replace is miniscule in light of the MFAH’s budget and resources. And the outpouring of community support that could be unleashed by going free – a bold, yet surprisingly easy legacy move that would build on Marzio’s drive to make the MFAH “a place for all people” — could help Tinterow realize his dreams for Houston sooner than he thinks.