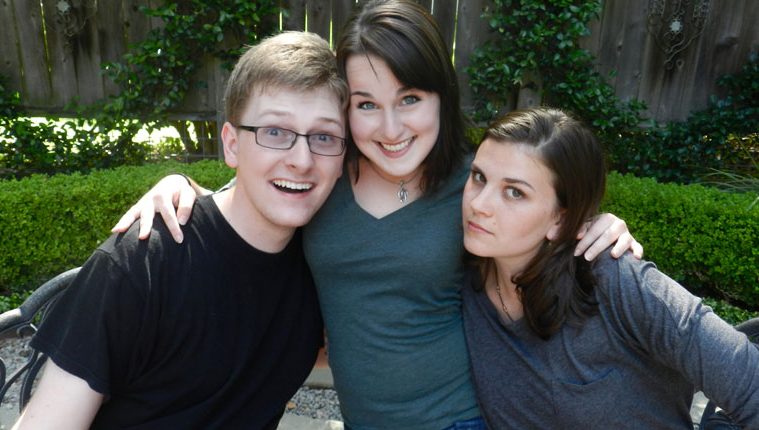 Myths and Hymns at HSPVA 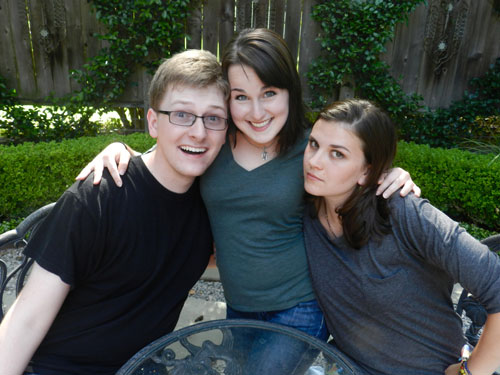 Bit of a Stretch Returns for the Summer

Never underestimate what a small group of dedicated performing arts majors can pull off during the summer months. Last summer, a newly formed troupe of HSPVA grads known as Bit of a Stretch Theatre Company came together to present Sartre’s No Exit and First Lady Suite. Both garnered considerable attention and strong reviews. In addition, they won the Best New Theater Company award from The Houston Press. This summer they are back with a performance of Myths and Hymns, with music and lyrics by Adam Guettel, running August 8-13 at HSPVA’s Black Box theater. The play is directed by Emma Martinsen, with musical direction by Wiley DeWeese.  A + C editor Nancy Wozny caught up with DeWeese on the company’s summer plans.

Arts + Culture: What drew you to Myths and Hymns? You Bit of a Stretch folks really stick to your name.

Wiley DeWeese: Haha! We certainly try to! We first came across the show a few years ago, and have been dying to do it ever since. The show meditates on the idea of transcendence, both in a spiritual and a human-experience sense. Adam Guettel, the composer, frames these ideas through songs based on Greek myths and text from a 19th Century hymnal. It’s a really ambitious, remarkable piece, which is totally the Bit of a Stretch style.

WD: In short: it’s a lot of thought-provoking fun! The score for the show is utterly fantastic, and diverse in terms of the styles it encompasses. One minute there will be an art song sung by a young character stricken by love  and in the next, Icarus will be singing a snazzy R&B number. It should be noted I don’t use the word “snazzy” lightly. There’s something that everyone will enjoy, but you’ll still be given stuff to chew on in the process. It’s both a hearty theatrical meal and delicious theatrical dessert, which I think is a perfectly indulgent summer combination. 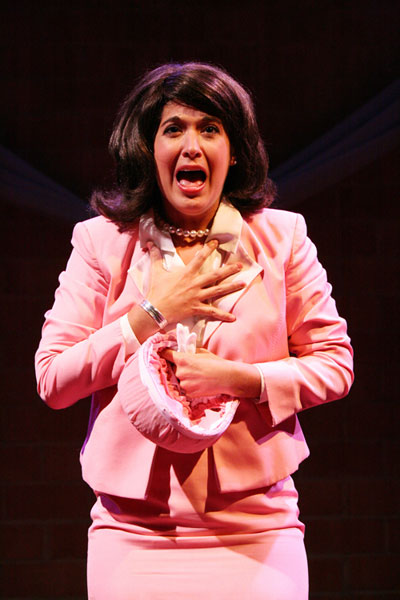 A + C: What did you learn about running a summer theater company last year that you are applying this year?

WD: We learned that we weren’t completely crazy doing a season consisting of a dark existentialist play and a quirky chamber musical, as odd as that sounds! It was a big leap, and we were terrified that no one would be interested in our offerings. Surprisingly, the response was quite the opposite. Going forward, we are confident that, when we present pieces we’re passionate about, people will want to see them. That is a wonderful lesson to learn!

A + C: Bit of a Stretch did well last summer, which is pretty interesting because you came out of the blue. How are you going follow that up?

WD: We’re trying to stay out of the red! Myths and Hymns is a behemoth of a piece – definitely our most challenging undertaking yet – but we think it will really be a crowd-pleaser. Our 6-person cast is absolutely fantastic, made up of (Bit of a Stretch’s own) Erin Cressy, Hunter Frederick, Abby Seible, Tamara Siler, Eduardo Tercero, and Brad Zimmerman. We’re also lucky enough to be doing the show in the HSPVA blackbox with an 11 piece orchestra, a size practically unheard of for a small theater company. “Go big or go home” is the name of the game, and we intend to go very big.

WD: We all had very exciting school years! I’ve been chugging away at New York University and have worked around the city in various music theater capacities. Erin was the lead in several of the Southwestern University  productions this spring and is a semester-long internship in NYC away from graduating. Emma just finished a semester studying abroad in Belfast, Ireland at Queens University. After a year apart, we’re very excited to be back in the same place with another chance to work together!