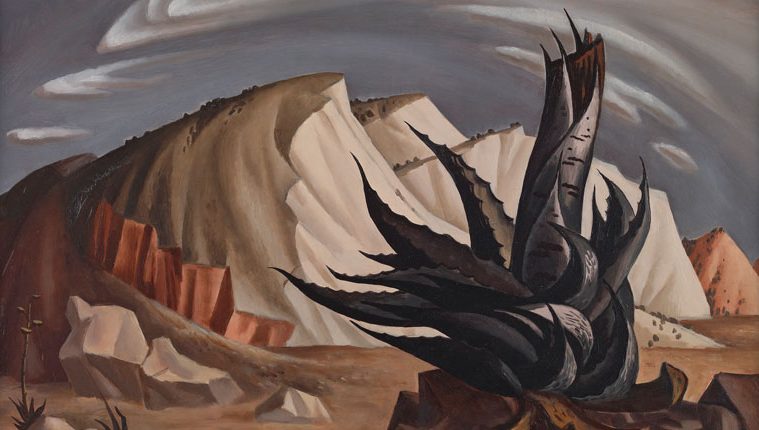 Texas is one of those states that have a mythology all to themselves. The majority of those who live here have an intense state pride that has translated into the arts. Many galleries and collectors pride themselves on finding local talent who demonstrate the potential to solidify Texas as a cultural and artistic hub of the United States. But while one constantly hears new great things about Texas’ recent (and current) artistic movers and shakers, you rarely hear much about the history of Texas art. That is, unless you ask the right people.

But a visit to the Amon Carter Museum of American Art to see the exhibit Texas Regionalism does justice to fill in the blanks. This year-long exhibition focuses on the Texas Regionalism movement that began in the early 1930s with a group called the Dallas Nine, a group of painters, printmakers, and sculptors active in Dallas in the 1930s and early 1940s, who turned to the land and people of the Southwest for artistic inspiration.

An integral part of Texas artistic history, their name was a bit of a misnomer, coined by a journalist for a New York publication that reviewed an exhibition in 1932 that showcased nine members of what was officially called the Dallas Artists’ League, according to Museum curator Shirley Reece-Hughes. While the artists that were tagged as the Dallas Nine included Jerry Bywaters; Thomas M. Stell, Jr.; Harry P. Carnohan; Otis M. Dozier; Alexandre Hogue; William Lester; Everett Spruce; John Douglass; and Perry Nichols; the actual movement was much larger. 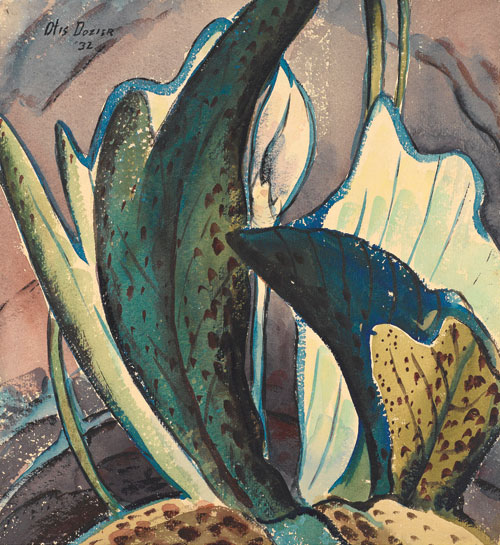 “They got tagged as the Dallas Nine at the time they exhibited, but it was a much larger group,” stated Reece-Hughes. “This was really the first time that a group of artists working and living in the state received national attention. Before them the only Texas-born artist working…that had any national recognition was Frank Reaugh, who, of course, is famous for cattle and cowboys and that had its own image of the West [and] its own legacy and impact on American Art. So this was really that first critical cultural moment in Texas history.”

While Regionalism may seem old-fashioned or without much merit in current critical dialogue, this exhibition is both striking and informational about a pivotal moment in Texas history. At the time, Regionalism was en vogue in the United States due to the Great Depression, and that movement made its way to Texas. However, the Texas Regionalists were a different breed.

“[The Texas Regionalists] were open to looking at other sources,” stated Reece-Hughes. “They were open to look at Surrealism, which was in its heyday over in France in the 1920s and there was still that influence lingering. Or they were open to looking at Cubism etc. They believed that they could look at these other styles and… be inspired by them, but they were looking to their own land and their own people for their subject matter, so the artists felt that by doing so they were creating regional works of art. And what’s interesting is if you look at regionalism all together, there is a lot out there that doesn’t have a mark of originality or freshness to it the way that their work did. And I think that’s because the Texas Regionalists were so open to different ideas. They didn’t try to shut themselves off from outside influences.”

Much of this openness to foreign ideas and styles was due to several members of the group travelling to Europe to study. One such member, and the unofficial spokesman of the group, was Jerry Bywaters, a graduate from SMU in 1924 before going abroad to Europe and finally traveling to Mexico to meet with Mexican muralists such as Diego Rivera and José Clemente Orozco. Later in his life he would become an art critic for the Dallas Morning News, a professor at SMU, and the director of the Dallas Museum of Fine Art (now the Dallas Museum of Art.)

Bywaters’ paintings in the exhibition are particularly fascinating. First, In the Chair Car (1934) shows two nuns on their commute from their convent into the Dallas diocese. The painting has visual cues that lead back to Rivera’s murals, but the scene immediately reminds one of Honoré Daumier’s Third Class Carriage (1862) painted during the French Realism movement. While Daumier’s intention for the painting was different than Bywater’s, both artists painted a scene that was part of daily life in their region. In another painting, Century Plant (1939), the natural colors and landscape of Texas are mixed with the fantasy forms of the Surrealists, lending a very energetic, otherworldly feel to an otherwise common subject.

Another artist whose work is a highlight of the exhibition borrowed from the Surrealists. Coreen Mary Spellman’s painting Railroad Signal (1936) is very reminiscent of Salvador Dalí and Max Ernst with its flat graduated treatment and bright cyan blue sky. Spellman, while not part of the “official” Dallas Nine, was still an important member of the Dallas Artists’ League. In fact, this painting and Bywaters’ In the Chair Car were the only two paintings in this exhibition chosen for the Centennial Exhibition of Paintings, Sculpture, and Graphic Arts held in the Dallas Museum of Fine Art in 1936.

“There was this vibrant group of women that were working and they were working alongside these artists,” explains Reece-Hughes. “But there was male chauvinism at the time [and] the men actually broke off and created their own print making group since it was the 1930s and printmaking took off because that really was the only form of art that people could buy during the Depression. So the women actually formed their own printmakers guild. But [as a whole] the Dallas Artists’ League met on Tuesday nights at a patron’s house over on Swiss Avenue and women were a big part of those meetings.”

Although the Dallas Nine ceased to operate as a group after its members scattered to pursue careers throughout the state and beyond, artists from that circle continued to do meaningful work and exerted a powerful influence over a new generation of artists through their positions as teachers and museum administrators. And, until April 2014, some of the most evocative works will be on display in Fort Worth, providing a poignant glimpse of life and art in Texas during the era of the Great Depression.