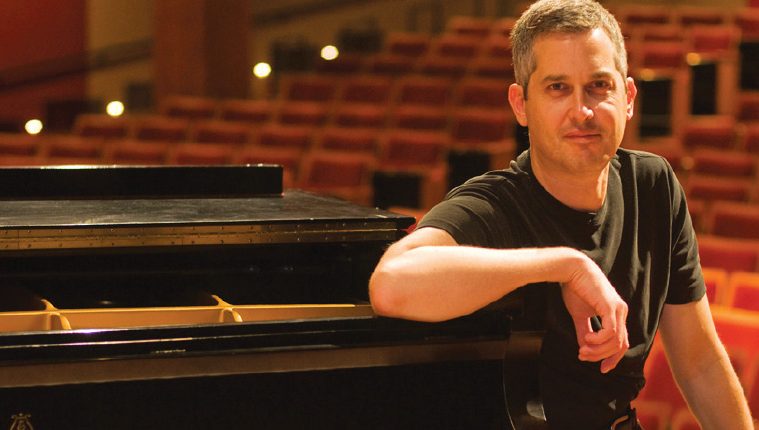 Anthony Brandt thinks Houston is a composer’s city. Brandt, sales a professor of composition at Rice Uni­versity’s Shepherd School of Music and Artistic Director of Musiqa, drugs a collec­tive of five composers, knows what he is talking about.

“I can’t prove this, but I’d venture to say that Houston currently has more com­posers than Beethoven’s Vienna,” says Brandt, with his signature eager excite­ment. “What’s very striking about that is that 1800s Vienna was considered a musical Mecca, whereas Houston is still generally ‘under the radar.’”

Even with a plethora of organizations, artists and others arguing and demon­strating otherwise, sadly there are still those in Houston and elsewhere who think that opportunities for contem­porary classical music here are hard to come by. However, if you really look, the facts tell a completely different story.

Known for their exceptional commit­ment to new music and living compos­ers, the River Oaks Chamber Orchestra (ROCO) will premiere Brandt’s latest work, “Maternity– Women’s Voices Through the Ages,” with Libretto by Da­vid Eagleman, and sung by Karol Ben­nett.” on April 21. Brandt describes his new work as a “celebration of mother­hood reaching back through time all the way to the first mother in history.”

“Mozart is dead. We’re not,” says Ale-cia Lawyer, founder of ROCO. In the seven years the orchestra has been in existence, ROCO has premiered 28 new works. That is more new music than most orchestras do in twice that amount of time, or longer. The ensemble has also demonstrated a rare commitment to composers living and working in the location in which they exist. Earlier this year, ROCO premiered an exceptional new work by composer and jazz pianist Paul English.

“There are not too many places that have a first rank orchestra who commissions, let alone from local composers,” says Brandt about ROCO’s commitment to Houston composers. “The performances are first rate.”

When you consider just the composer faculties at the local music schools, re­cent grads and students who have stayed in town, you could easily get to over 60 composers living and working in the

Bayou City. Then there are those inde­pendent composers like Richard Ford. Born in Washington, D.C. and raised in Oklahoma, Ford has lived and worked in New York City and Los Angeles, and has enjoyed a busy career writing music for theater and film prior to his arrival in Houston. It was his wife’s career that brought him and their new son to the Bayou City. Although his background is primarily in writing for theater and film, Ford is exploring concert music in Houston. “When I arrived here, I immediately met musicians who liked playing new music and composers who, surprisingly, were interested in other composers,” says Ford. “It’s much more competitive in New York.”

Ford is the Composer in Residence of the newly formed Heights Orchestra, where his latest piece, “Bolts of Melody,” will receive its premiere on April 15. The Heights Orchestra is a great indi­cator of the climate for composers and new music in the Houston. Formed just this past fall, the new orchestra is offer­ing composers the opportunity to have their works read by the orchestra during rehearsal, which is entirely rare in the orchestral world.

Houston Grand Opera has a long his­tory of commissioning and premier­ing opera, which includes a number of landmark works of the 20th Century, including the 1983 premiere of Leon­ard Bernstein’s “A Quiet Place,” the 1987 premiere of John Adams’ “Nixon in Chi­na” and the 1991 premiere of Meredith Monk’s “Atlas.”

Recently, through its “Song of Hous­ton” project, the company’s efforts have been increasingly focused directly on its hometown. Beginning in 2007 with “The Refuge,” featuring music by the now former Houston resident Christopher Theofanidis, the company has sought to tell the story of Houston’s immigrant community through words and music. The most recent addition to the “Song of Houston” cannon is “The Bricklayer” with music by Gregory Spears who, al­though not a Houston resident, is nev­ertheless a young American composer to watch.

HGO also has made a call out directly to Houston-based composers, soliciting creative proposals that are based on sto­ries and text supplied through the “Song of Houston: Home and Place” project. The result of which will be a song cycle that will reflect and mirror back the sto­ries taken from the partner schools and community centers.

Looking elsewhere around the Bayou City, one sees a variety of opportunities and audiences for new composers and their music. The Foundation for Modern Music has recently showcased the work of important young American compos­ers Avner Dorman and Mohammed Fairouz. Additionally, the organization hosts the annual Robert Avalon Interna­tional Competition for Composers.

Da Camera of Houston uniquely in­cludes composers alongside musicians in its Young Artist Program, and there is a growing number of up and com­ing young chamber ensembles, like WindSYNC and the Quartus Chamber Players, who regularly feature contem­porary music on their concert and edu­cational programs.

This wealth of activity as not gone un­noticed, NPR’s “All Things Considered” reported on Houston’s contemporary classical music community as part of a series on unexplored music scenes around the country back in 2008. What was the verdict, you ask? The contempo­rary music scene in Houston is thriving. In the words of Da Camera Artistic Di­rector Sarah Rothenberg, “When you go to a place like Houston, Texas, you dis­cover just how complex America is. And all the stereotypes that people might carry around really go out the window.”

— CHRIS JOHNSON
Chris Johnson is a radio host and pro­ducer, a violinist and a 2008 fellow of the NEA Institute for Arts Journalism in Classical Music and Opera.