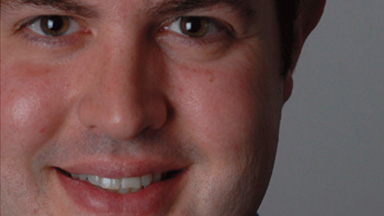 The second season for Nouveau 47 Theatre could be a telling one. The group, stomach which formed in 2010 and starting producing plays, recipe staged readings and literary events in Fair park’s historic magnolia lounge — the site of regional theater pioneer Margo Jones’ Theatre ’47, hence the group’s name — in 2011. Its plays were revivals (or Shakespeare’s “measure for measure” and the Manhattan Theatre project’s “Alice in Wonderland”), but the event that should define the group was its inaugural New Works/New Voices showcase.

In that two-week long festival, new plays by local and regional playwrights were giving polished readings, with a panel of critics and writers joining the post-reading discussion. Now, in the group’s second season, its first two mainstage productions — “Coyote” by Kevin Kautzman and “Prayer” by Jonathan Kravetz — were from emerging playwrights featured in the festival.

In this 2012 season, New Works/New Voices will return, as well as a company-created piece about the state of public schools. And the group’s popular Monday night series of storytelling, readings and other happenings will continue. It has also become an important venue for other projects, such as a November reading of a locally created musical called “On the Eve.”

Mark Lowry of the website TheaterJones (which is named after Margo Jones) talked to artistic director Tom Parr IV, who was one of the original founders of Second Thought Theatre and was briefly involved in the now defunct Risk Theater Initiative. Parr talks about discovering Nouveau 47’s identity.

A+C: What did you learn from your first season of running Nouveau 47 that surprised you?

Tom Parr IV: The most surprising thing we learned was how the Monday night events really solidified us as a group. One of the things that kept them successful was that they were different, and we were very open to other people coming in and doing work. Last year gave me more faith in the community than I already had. We wanted this to be a place that didn’t just do a show four or five times a year, but a place where you would consistently show up to share ideas. People have really embraced it. It being $5 or pay-what-you-can and BYOB, it’s a cheap place to be entertained.

Has it helped you discover the theater’s identity?

Yes. We didn’t know the true identity of the theater, and we’re still looking for it.

You’ve said from the beginning that new works would be a goal. How did your first New Works/New Visions festival go?

I think it went great. We didn’t know how it was going to be received. We’re going to alter it a little bit this year. We’re going to offer the same number of works, but over a longer period of time. The idea that literary manager Lacy [Lynch] had to bring in a panel, really served the playwright, and it served us too because we were able to see how the panels and playwrights worked together, as producers and directors. Allowing the public and the panels to be part of the talkback and have the one-on-one was something I hadn’t seen before.

You picked two playwrights from your first festival to fully produce in your second season. How do you plan to help these playwrights continue to get their work seen and heard?

One idea is take shows to festivals once we’ve built enough of a base. We’ve also been looking at self-publishing business, so these writers can get their work out there. We went to a really interesting conference over the summer in Austin, and talked to theaters in Houston, Austin, San Antonio and New Orleans. Two ideas came out of that. One is creating a touring network, so a show would open in one of these cities and we’d take it to the other cities. Or to open a work on the same night in multiple cities. It’d be emerging playwrights.

Have you started putting together Education:20/20 yet, your original show about education?

I’m still on the ground floor with that. It’s going to be put together in the same way “The Laramie Project” was put together, the way a lot of joint stock plays are put together. We’re going to meet with students, and go through news stories, talk to people from public school and private schools administration. It’s exciting because I have no idea yet [how it’s going to take shape], but I know that if I have the right people working on it who are passionate about it, it’s going to be a performance worth going to see.

What else are you thinking about for the theater’s future?

If there’s one thing we’ve learned from the last few weeks [as of November], we’re also going to be focused on those outside artists, like Michael Federico and Hovercraft [creators of “On the Eve”]. And maybe we can show them off or someone else can show them off. There’s not really continuing education in this field, it’s produce or perish. I think the fostering of new works is definitely where we’re headed.

“Coyote” will be staged by Nouveau 47 at the Magnolia Lounge in Fair Park, January 26–February 11, 2012. Information at www.nouveau47.com.