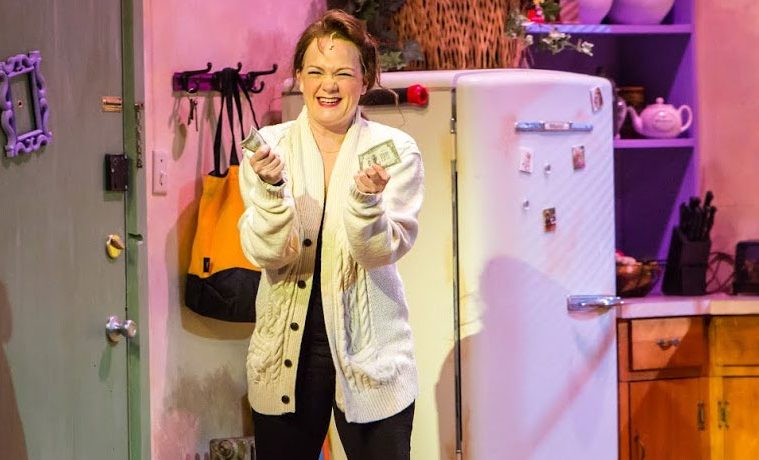 Not What I was Looking For

Photos: Brooke Wilson as Rita Donatella in the TUTS Underground production of Waiting for Johnny Depp.
Photos by Christian Brown. 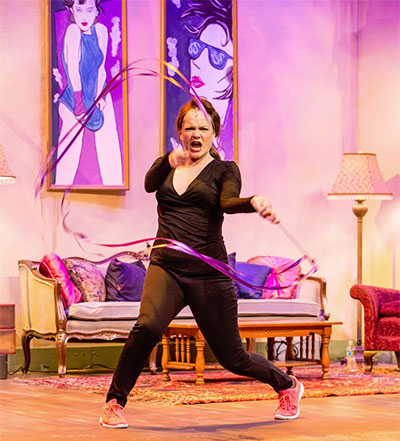 If I were a director looking to cast a musical for the part of Must-See World Premiere right here in Houston, Waiting for Johnny Depp’s headshot and resume would certainly earn it an audition.

The new TUTS Underground production Waiting for Johnny Depp (through Jan. 31 at the Hobby Center) about a young actress (played by TUTS familiar, and always welcome, face Brooke Wilson) up for a big part in a Johnny Depp movie certainly seems to possess all the attributes I’m looking for in a new musical: plucky, female protagonist following her dream; one-woman show that breaks the fourth wall and banters with the audience; edgy, new songs like “WTF” and “Craigslist” that deal with 21st century realities; and not based on a movie.

Ironic and unfortunately, after seeing all those attributes in person, Waiting for Johnny Depp wouldn’t get my call back.

The book, lyrics and music by Janet Cole Valdez and DeeDee O’Malley, with music also by Bettie Ross, are fun and catchy. The musical direction from Jack Beetle and staging by TUTS artistic director Bruce Lumpkin are solid, and Brooke Wilson gives the part of Rita Donatella her all, and that all is enormous, because the biggest problem of Waiting for Johnny Depp  is that the story is such a mess. All the play’s good qualities fall apart underneath the nonsensical plot that constantly contradicts itself. 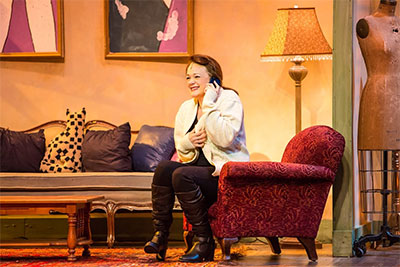 The play begins with the catchy “Kiss My Ass” as scientist Rita quits her well-paying job at a lab upon learning that she won a major role is this nameless movie starring Johnny Depp. Of course, almost immediately after telling her boss to kiss it, her agent calls explaining she almost has the part, but first she has to make a few adjustments.

Rita spends the entirety of the hour-long first act trying to change herself at the whims of the numerous hired-then-fired writers and directors attached to the movie. This is where I immediately began to wonder if Rita or anyone attached to this play has ever actually seen a Johnny Depp movie. While Rita agonizes over losing 20 pounds, erasing her thick New York accent, and cutting her hair, all I could think is:  Well Duh, it’s a Hollywood movie. She should be worrying over whether some special effects tech is going to semi-permanently graft a unicorn horn prosthetic to her forehead, because it’s a bound-to-be-weird Johnny Depp movie.

This problem aside, the first act might work if it were the only act. Some of the specific actress hardships Rita goes through to win this part could even be seen as a more universal metaphor for those soul-sucking relationships we enter or addictions we struggle with. 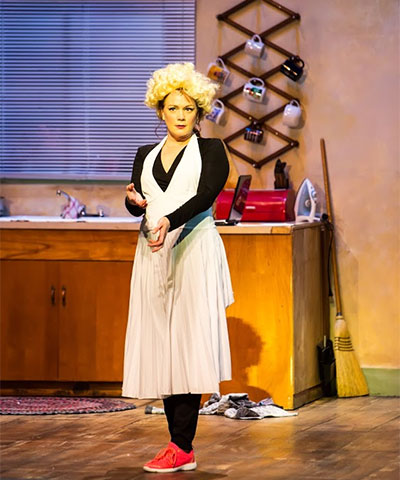 However, the second act won’t let the first act’s message stand. There’s even a scene when, as Rita auditions for the part of a tree in an off (times 10) Broadway play, the director tells her, “It’s always about the metaphor,” but the scene is presented in such a way as to ridicule this idea that a big part of a theatrical work could be metaphorical.

Most of the plot points in the second act seem to contradict everything we learned about Rita in the first and I was left wondering how the hell this women, who appears to have absolutely no acting or auditioning experience, managed to land a New York agent and be in the running to co-star in a Johnny Depp movie.

Even these problems might not crush the potential of the musical if it weren’t for the final 15 minutes when the writers visit upon Rita an additional Job-like tragedy from out of nowhere, giving her an unearned epiphany. Though this new personal growth is contrived, the story then completely eradicates it five minutes later by giving her an even more contrived happy ending.

I think the most disappointing aspect of Waiting for Johnny Depp is that the potential is still lying there gasping underneath the clunker of a plot. With major cutting and reworking, Waiting for Johnny Depp could be just right for the role of Underdog Musical Makes Good, but for now: thanks, Johnny, but you’re just not what I’m looking for.