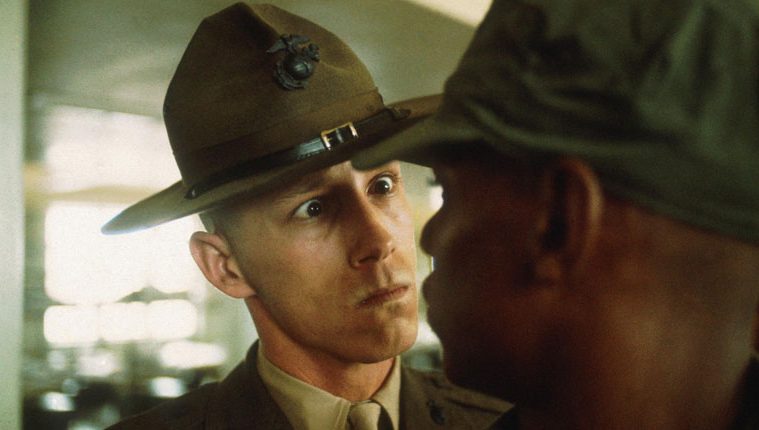 “Not What They Saw in the Movies”

Standing over a model of the Museum of Fine Arts, Houston’s Upper Brown Foundation Gallery, MFAH photography curator Anne Wilkes Tucker reaches into one of the dollhouse-sized rooms to pluck out one of hundreds of miniature copies of war-related photographs that line the maquette’s walls.

“This is one of the most horrific pictures in the show,” she says of the 1991 photo by American photojournalist Kenneth Jarecke. “This is from the first Gulf War, and it’s an Iraqi solder burned to a crisp in his tank. Jarecke was with a press officer, who asked him, ‘Why the hell are you making that picture?’ and he said it was because he wanted people like his mother to know that war was not what they saw in the movies.”

Drawn from combats from the Mexican-American War to the present day, the sweeping WAR/PHOTOGRAPHY: Images of Armed Conflict and Its Aftermath presents nearly 500 photographs, books, magazines, albums and photographic equipment, reflecting every process from daguerreotypes to cell-phone snapshots. They’re drawn from thousands of images Tucker and fellow exhibition curators Will Michels and Natalie Zelt considered for a project whose origins lay in the MFAH’s 2002 acquisition of an iconic photograph. (Michels is a photographer and instructor at the Glassell School of Art; Zelt is an MFAH photography curatorial assistant.)

Purported to be the first print made from Joe Rosenthal’s negative of Old Glory Goes Up on Mount Suribachi, Iwo Jima (1945), the accession prompted Michels to ask Tucker why the MFAH had so few war photographs.

“I remember jokingly telling him it was because I was a girl,” Tucker says. “I asked him to put together a list of what we should acquire, and then when I got that list and started looking at the books on war photography, I just didn’t think they were that helpful, so that’s how all this came about.”

Noticing recurring patterns in certain kinds of pictures across conflicts, the curators organized the exhibition into 26 thematic sections starting with the advent of war and continuing through recruitment, embarkation, and training to combat and its aftermath, including both military and civilian deaths, grief, property damage, medical care, prisoners, refugees, and executions, to the war’s end, memorials, and remembrance. (The various stages come together in a section devoted to the Battle of Iwo Jima.)

Mindful of the risks of a thematic approach “diminishing each picture’s individual complexities and histories,” the curators took pains to address the widely varying roles assumed by each of the more than 280 photographers from 28 nations.

“Artists and amateur photographers make pictures for personal reasons; military and commercial photographers must work with some higher authority, be it an editor, news-agency director, or various levels of commanding officers, who may have their own ideas of what types of pictures should emerge, or even whether a photographer should be present,” Tucker writes in the catalogue.

Naturally, one of the show’s most extensive sections is devoted to “the fight.” It includes images such as Attack—Eastern Front WWII (1941), which Dmitri Baltermants shot from the trench as troops charged over him; and Rosenthal’s Over the Top—American Troops Move onto the Beach at Iwo Jima (1945), which shows infantrymen emerging from the their landing craft into enemy fire. (The show even includes examples of fake photographs made to satisfy demand for images of skirmishes such as World War I biplane dogfights that the cameras of the day couldn’t capture.)

But there are also sections devoted to the daily routine of war, as glimpsed in Sir Cecil Beaton’s 1942 photograph of a Royal Navy soldier at a sewing machine; and to the tension-filled moments accompanying  “the wait,” as depicted in Susan Meisales’s Muchachos Await Counter Attack by The National Guard, Matagalpa, Nicaragua (1978), which shows masked street fighters poised with Molotov cocktails in an alleyway.

For veterans and active-duty military personnel, free admission to the specially-ticketed exhibition is being underwritten by the JPMorgan Chase Foundation. Tucker says she hopes the museum lets other viewers use their ticket to return if one visit isn’t enough to take it all in. (MFAH spokesperson Mary Haus says once the show opens, “we will have a better sense of how long it takes guests to view the show and whether they will benefit from a repeat visit.”)

“I don’t think anybody can get through (the show) in one pass, and we know it’s too big in that way,” Tucker says. “But we just felt that if we were going to do it, we had to do it. We felt we had to convey all the ways in which war affects people – us – over time, so that’s what the museum’s letting us do.”

Having worked on WAR/PHOTOGRAPHY for nearly a third of her 35-year career at the MFAH, Tucker once assumed she’d retire soon after wrapping it up, but plans for a new building devoted to modern and contemporary art are keeping her around. She’s also working on a catalogue of the collection and thinking about how the MFAH can get more of it on the Web – and where it needs to go from here.

“In 35 years, we’ve acquired 26,000 photographs,” she says. “It’s time to pull back and look and see what you’ve got and what you might still need to acquire.”

The MFAH’s deep holdings include 20th-century American photography, the first area in which Tucker started seriously collecting; Czech, German, and French avant-garde work; and, increasingly, Asian and Latin American photography. Many of those pictures came as a result of the MFAH’s exhibitions over the years, since “it just seemed that if we were going to do all that research and all that thought going into a subject, then it was worth putting in the collection, so we’ve acquired out of every show.” (WAR/PHOTOGRAPHY is a case in point; the MFAH has acquired a third of the show’s nearly 500 objects.)

As for new acquisitions, Tucker says assistant photography curator Yasufumi Nakamori is working on “the very contemporary” and on strengthening the MFAH’s Japanese holdings, while she’s considering acquiring more 19th-century work and scrutinizing the museum’s Latin American pictures with an eye on how well they “complement the extraordinary collection” being built by Mari Carmen Ramírez, the MFAH’s curator of Latin American art.

In February, photography will figure into Abstract Impulse, a Ramírez-organized show that, like American Made: 250 Years of American Art at the Museum of Fine Arts, Houston – on view through Jan. 1 – will include works across disciplines. Curators hope to use that approach in some of the new building’s permanent-collection galleries, Tucker says.

“We sat around and threw out themes, and we didn’t have any problem coming up with some very serious – not just cute themes, but very serious, contemplative themes – that would investigate ideas that artists themselves had investigated across media,” she says. “That’s what Mari Carmen’s show is – one of the first.”