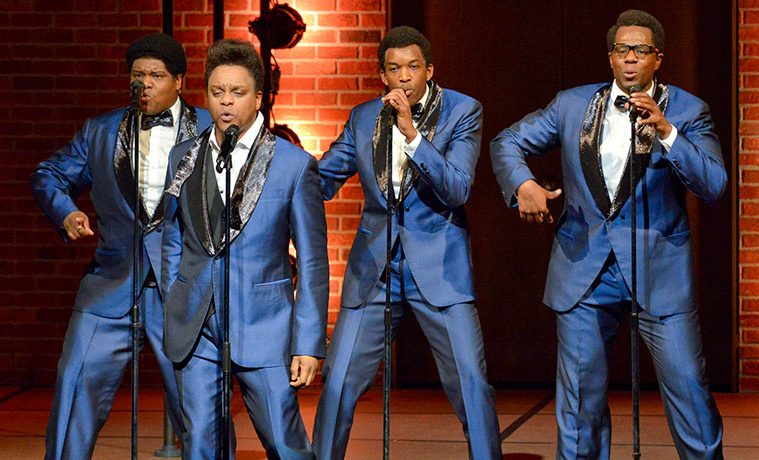 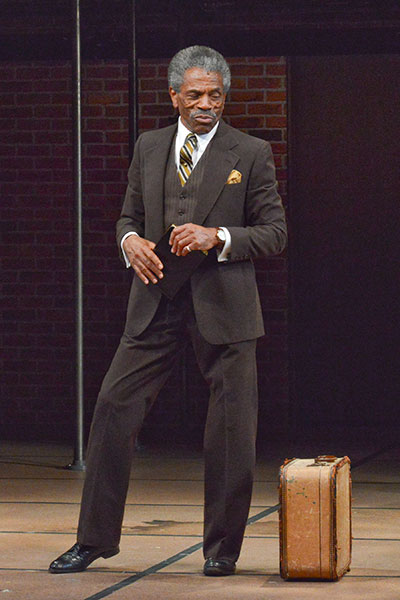 At this point theatrical adaptations of literary works are old hat in America, disappointing adaptations even more so. That fact notwithstanding, a partnership between the Public Theater and the Dallas Theater Center is betting big on a new adaptation which could buck the trend.

When Daniel Aukin, the mastermind behind The Fortress of Solitude, a new musical which will have its world premiere at the Dallas Theater Center in March, approached Michael Friedman (music and lyrics) about adapting Jonathan Lethem’s novel of the same name into a musical, Friedman laughed.

“I read it and we both agreed that the novel’s sweep and emotional scope and brilliance made it an impossible task for adaptation,” Friedman said. “So we decided to move forward.”

The two would get a similar reaction from Itamar Moses when they approached him to write the book.  According to Moses, “He (Aukin) was insane for just long enough to procure the stage rights to the novel from Lethem.”

The Fortress of Solitude is Jonathan Lethem’s award-winning (and best-selling) tour de force, which semi- autobiographically recounts the story of Dylan Ebdus and his childhood “growing up white and motherless in downtown Brooklyn in the 1970’s.”

But that’s at its simplest. The novel tackles an array of hot-button issues: everything from bullying to racism to white guilt to single parenting to gentrification, to name just a few.

When the creative team behind the show came down from their temporary insanity, they had a big job ahead of them.

In terms of an adaptation process, Moses and Friedman admit they’ve been fortunate. Lethem agreed to sever the stage rights from the film rights, something almost unheard of in the industry, providing what Moses and Friedman both call “a dream process for adaptation.” Lethem was always available for consultation but gave the creative team free rein throughout the endeavor.

To make sense of the book’s nearly 500 pages, Moses broke the story down into scenes, in other words, “complete dramatic actions, story beats, things that moves the narrative forward while also conveying character and theme.”

Instead of fixating on how to tackle the myriad array of issues presented in the book, the scenes Moses extracted allowed him to focus on the story in its purest form, which, according to Moses, is “the friendship between two boys. What happens to the story because of what they do for each other and how they fail each other.” Moses allowed the themes, which organically emerged from telling that story, serve as the themes that dominate the show. 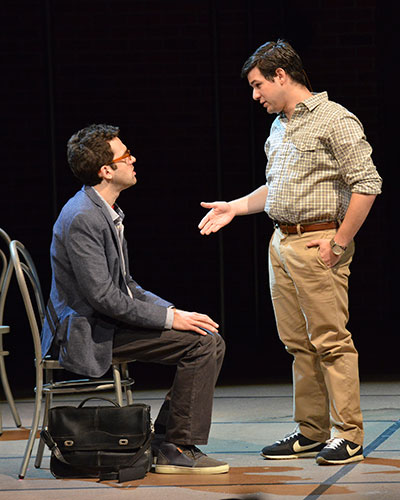 Lethem’s book is also a celebration of culture, most notably, music. The author wove music inextricably into the narrative and one character who takes center stage in the musical adaptation is Barrett Rude Jr., an aging soul singer consigned to just under the radar status.

In the musical Friedman gives Lethem’s fictional soul singer actual songs, an ideal opportunity for a composer but also a challenge. Friedman is all too aware of the power of a pop song to create an atmosphere or trigger a memory, so tricking audiences into ‘remembering’ the moment or the era in which the fake ‘pop’ song is situated is done through the repetition of a theme, something the structure of a musical uniquely allows for.

Whereas Moses had the pages of novel to sift through, Friedman had the equivalent number of musical styles from which he could draw when composing the music. Lethem arrived at the novel at least in small part thanks to the music which served as a soundtrack for his life, making music of many genres a centerpiece of the book. That left Friedman with “ a bottomless well of musical genres to choose from.”

At the end of the day, Friedman’s music combined aspects of many genres, layering “musical elements on top of each other” and leaving the show, and its music, to serve as a “history of pop music put through a blender,” as Friedman puts it.

The ranks of failed musical theater adaptations have swelled in recent years but Friedman and Moses’ methodical, creative translation of Lethem’s novel, with its built-in proclivities toward the medium, may well be the adaptation that bucks the trend and enters into the canon of classic musicals.